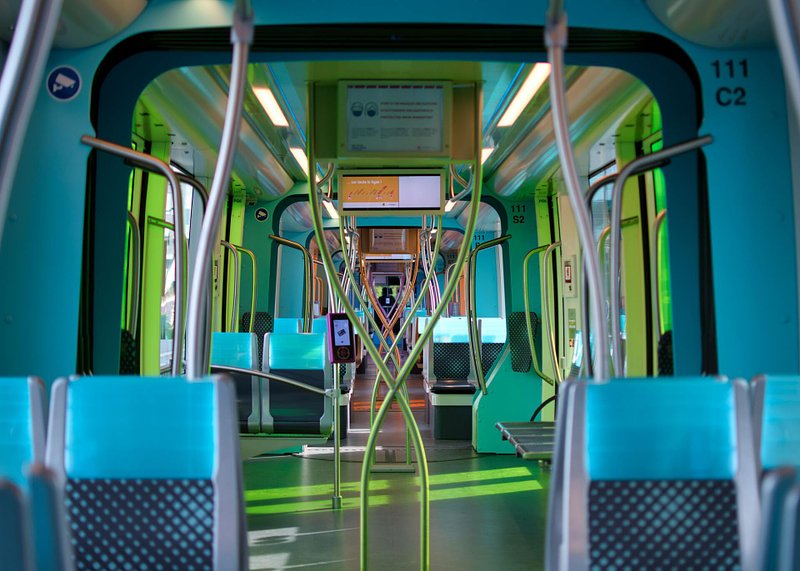 It might seem like an obvious one but judging from taking public transport everyday it clearly isn't. Respectful passengers are a rare breed and have become a scarce occurrence.

Public transport is strange. We're there sort of together but each of us stands or sits on their own, reading or listening to music. Some of us are accompanied by friends, co-workers, or family, chatting away or staring at the window in awkward silence. At the end of the day we're all trying to get from point A to point B, focused on our personal destinations.

Nevertheless, we are in this together (literally). And sometimes it sure does not seem that way considering some of the rude behaviour that occurs on the Grand Ducal train, bus and tram lines. So for those of you who seem to have forgotten the public transport etiquette, here are a few friendly reminders of how we could improve our co-transportation to the benefit of everyone included.

For me, the most basic and principal rule of public transport is: DON'T (dare to) try to get in before everybody leaves. Just DON'T. It's so simple and straightforward. If you DON'T let people leave, quite logically, there will be no space for people to get in. Waiting thirty seconds longer absolutely won't change anything about your upcoming ride. The only thing that it could possibly change is that you'd sneak in front of everyone else who (in their right mind) is waiting for passengers to get out and clear the way. Such behaviour is very distasteful and unfair and should not be tolerated.

DON'T cause a commotion on public transport. Even when you're in a group of several people, DON'T shout and most definitely DON'T sing. I suppose everyone can have a few slip-ups on this one, especially when slightly intoxicated on the late night buses. However, as a rule of thumb this should not happen and you should definitely consider that people around you will probably hate you for disturbing them throughout the ride. And you would probably hate yourself too. Thou shalt love thy passenger as thyself.

DON'T listen to music without headphones. It's the most annoying thing on the bus and every time I experience it I cannot believe people do it. Not only is the quality of sound very bad, the radio and everyone else speaking is in complete cacophony with it and for most of us it's truly a barely bearable experience. Now, many times I have forgotten my headphones myself, I'm not gonna lie. But whenever I can't get over it and I decide to still listen to music in such a situation, I put the volume low enough to make sure that nobody can hear it. And if I can suffer through the annoyance of listening to it this way, so can you.

DO consider other people around you. Sometimes we're so disassociated from what's going on around us as we rush from one place to another that we don't even see who is around us. Often times I see pregnant women and the elderly get on public transport and nobody's ready to stand up and offer them their seat. It won't cost you much and you can really ease someone's discomfort and lift their spirit up.

DO carry essentials such as water and tissues on you. Sometimes a bus ride can be long and unexpected things happen. It's good to be minimally prepared and bring with you what might help you out in moments of need. This might sound a bit weird, but think about it. How many times did you feel like you could die of thirst on a hot summer bus ride back home? How many times did you suddenly feel sick or weak? How many times did you happen to sneeze pretty hard and just sat there with your gooey hands? It's always good to carry some armour around not only to leave the bus as you found it, but also prepare yourself for unpleasant surprises.

DO ask questions if needed. The public transport schedules and lines change all the time and it's easy to get confused, especially in Luxembourg. If you need to verify whether you're on the right bus or if you're going in the right direction, DON'T be shy and talk to your fellow passengers. If that won't work, you can always ask a question to the bus driver but approach them politely and carefully not to scare or surprise them while they're driving.