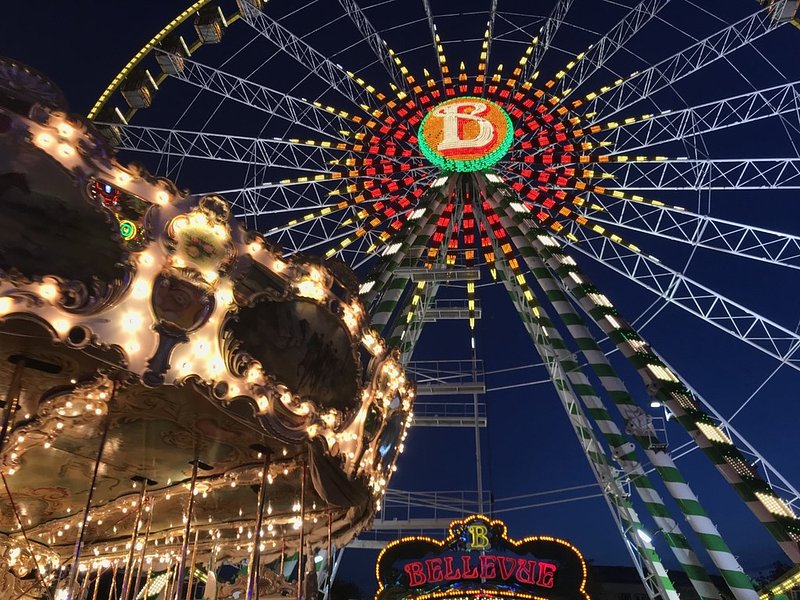 Like every year, a heterotopic world of sights, smells and sensations has invaded Limpertsberg. It's slowly coming to an end but Luxembourg's largest funfair should have something to offer for everyone - if you respect some simple tips.

First of all, don't take your car to get to the Schueberfouer. This might sound like obvious advice but you'd be surprised how many people still prefer hunting for limited parking spaces rather than comfortably traveling by public transport. The benefits are plentiful: you arrive stress-free and you can indulge in a couple of cold Battin beers without joining the ranks of Luxembourg's infamous drunk driving army. Limpertsberg residents will also thank you as they will still be able to park in front of their homes rather than across the border. Alderman of the City of Luxembourg, Patrick Goldschmit, for example reminded the public to "think about the residents of the neighbourhood who would like to park in front of their houses."

Oh and did we mention that you'll need to pay for parking while the tram and several AVL lines will be free during the Schuebefrouer? They will also run more frequently than usual so it won't be necessary to leave the Stall fiesta bonanza earlier than you want to.

If you can't leave your car at home, do consider using the P + R Bouillon, P + R Luxembourg Sud A + B or "parking du stade" on route d'Arlon. The last option is free for 24 hours. P + R Kockelscheuer and Konrad Adenauer are also open and you can easily hop on bus number 18 to get to the city from there. More info and timetables here.

Don't forget to take cash with you. There are exceptions but you won't be able to pay by card in many attractions and food stalls. Ideally, get the dinero before you arrive in Limpertsberg to avoid long queues - especially on Fridays and Saturdays! The Schueberfouer is fun but it won't be cheap, especially if you're thirsty or going with the kids!

On this note, the rides are half price on the last day of the Fouer, which falls on 11 September. And it all ends with a bang, not a whimper! Fireworks will light up the skies over Grand Duchess Charlotte Bridge.

Speaking of Fridays and Saturdays, don't expect the place to be empty! If the sun is out, so is half of Luxembourg. Doesn't mean you shouldn't go during the weekend but brace yourself for busy crowds and longer waiting times than usual. 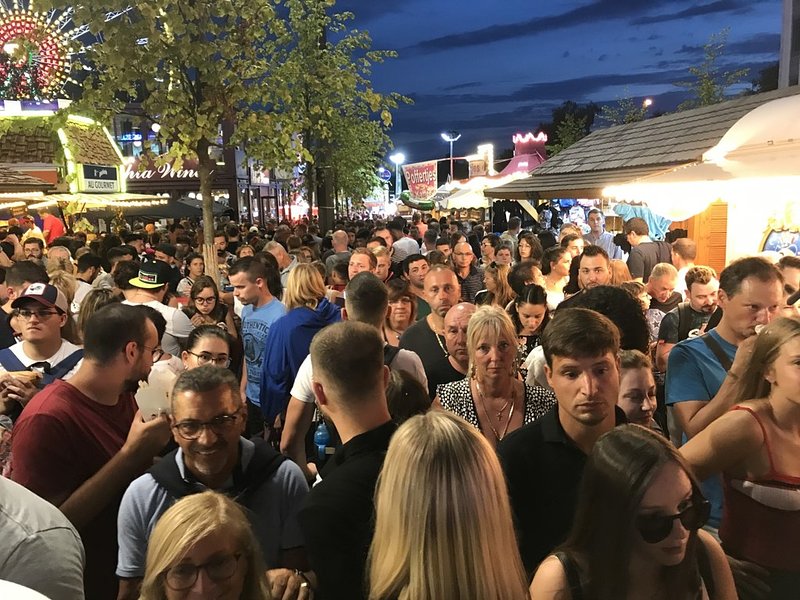 Don't call it Schueberfouer. Sound like a local and call it Fouer. Rolls off the tongue.

You've arrived, you've got your cash and you're hungry! The dilemma begins. What should you eat? We can't really answer that question for you but do consider trying some of the more traditional food if you haven't done so already. How about some Gromperekichelcher (yes, we've got an entire Knowledge Bites on the greasy delight) or "Gebake Fesch." Jean la Gaufre has also achieved legendary status. Also treat yourself to a honey brandy ("Hunnechdrepp").

But, and we talk from experience, don't treat yourself to all those calorie bombs before going on some of the adrenaline-infused attractions. It might end badly. Very badly. 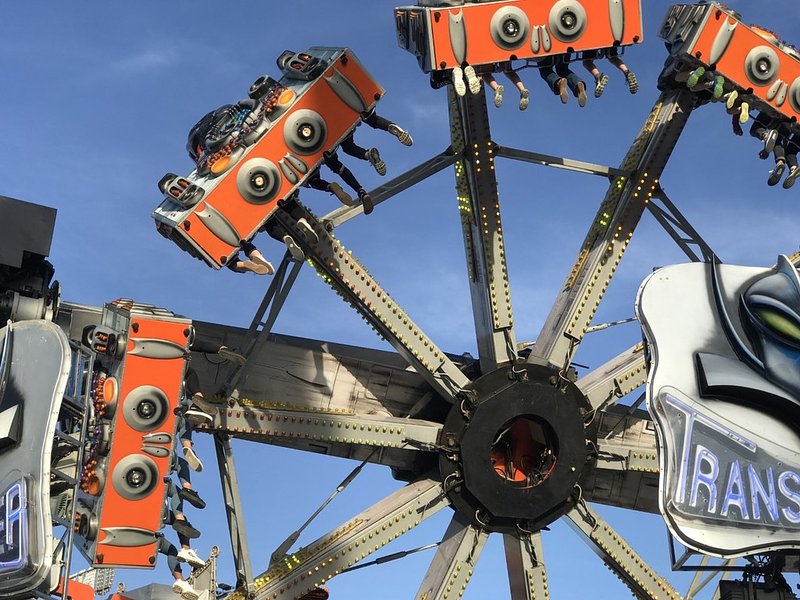 What could possibly go wrong? /

If you go with your children or take some friends from abroad, do tell them a bit about the long history of the Schueberfouer. In fact, it dates back all the way to 1340, when it was founded by good ole John the Blind, Count of Luxembourg. Curious to know more? Check out our Knowledge Bites on the history of the Fouer!

Knowledge Bites: The history of Schueberfouer

Also good to know if you're heading to the funfair with your little ones: the police have a registration service for children.

Don't necessarily take your dogs to the Schueberfouer. It's going to be very loud, there are going to be merry multitudes of people, many of whom will have had one too many. Not the best place for your four-legged pal.

You can feel safe at the Schueberfouer, police are patrolling the site around the clock. However, beware of pickpockets! The number of drunken people will also increase the longer the stay and, from personal experience, it might be better to avoid walking through the park late at night - especially if you're alone.

Also don't forget that trams are circulating pretty close to the fairground! We don't want you to get hit! If you feel like getting hit by a car, get a ride on a bumper car! Just beware you might have a sore neck the next day and don't look up while going cruising around! Sometimes tiny metal pieces fall down from the ceiling and you don't want them in your precious eyes! 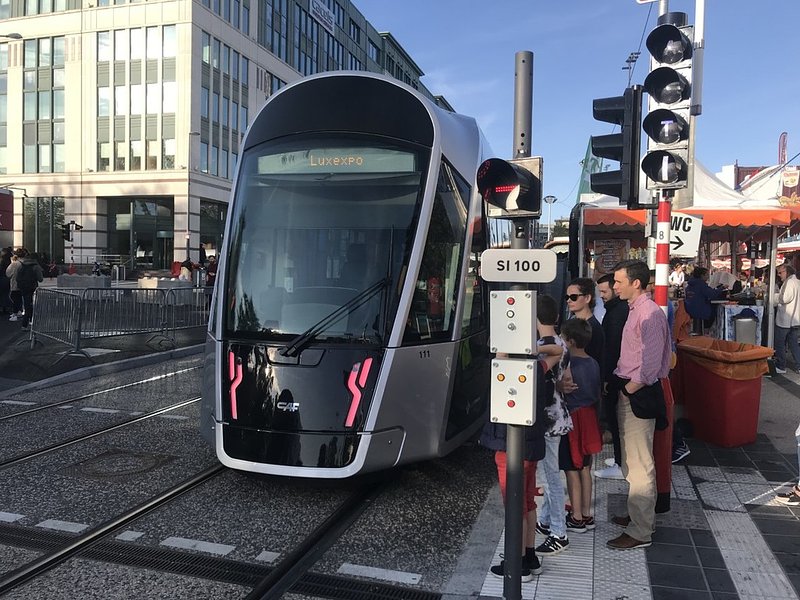 Your RTL Today team hopes you'll have a great time at the Fouer! Keep an eye open for those RTL photographers and you may end up in one of our galleries! Did we forget something? Let us know in the comments!