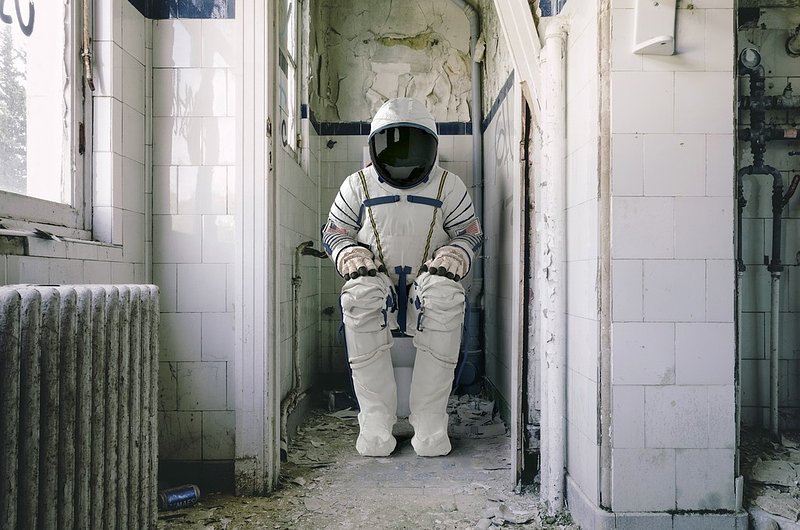 I know, I know, it's an elephant in the room ain't it...but we have to talk about it at some point, don't we. We are all based on the same carbon and we all poop and pee. Get over it.

A website that I will not name but is a prominent management etiquette forum says this: "An individual must behave in an appropriate manner to find a place in the society."

It is a half right thought, is it not?

How you behave in a setting will impact on how others behave? 'Do unto others...' and all that...

So, why is it, then, that communal toilets are not the most well respected of mutual facilities?

Again, not to cast too many aspersions on my ne'er do well colleagues but RTL's toilets are, on some occasions, a hazardous place in which to venture, especially after a Tuesday's dose of detox smoothie, it would seem.

Anyway, toilets, especially office ones are a place where some folk will swipe screens when skiving from actual work related duties. I'm aware of an ex-colleague who would often take to the loos for a pre-planned kip of no less than 30 minutes after a long lunch.

And not to tar everyone with the same bog brush, it's the few that spoil it for the many, it's a far cry from the utopia of Ally McBeal's shared facilities (those under 25, please refer to the search engine of your choice) but it was common knowledge that the toilets at another large insurance company were best frequented first thing in the morning and last thing at night (i.e right after the cleaners had been in*)

If you fail to refer and adhere to at least 65% of these rather obvious rules then you are pure evil...

Caveat: my knowledge of female toilets is limited. I have been in them, yes, but I'm no connoisseur.

So, without further ado...

Do: Flush. For the love of all things, FLUSH.

Don't: Be lazy and leave the seat down. At a friend's house, at work, at large, don't pee all over the seat. Just don't.

Do: Where possible use the disinfectant sprays and seat covers.

Don't: Treat the place as an open season, free for all. Have a modicum of respect.

Do: Clean up after yourself. Think about what you would feel like if someone laid some pipe in your home and left the evidence for you to clear up afterwards.

Don't: Leave a blocked toilet. Report it to the facilities manager....blame someone else if need be but don't leave it there, flooded with floaters. 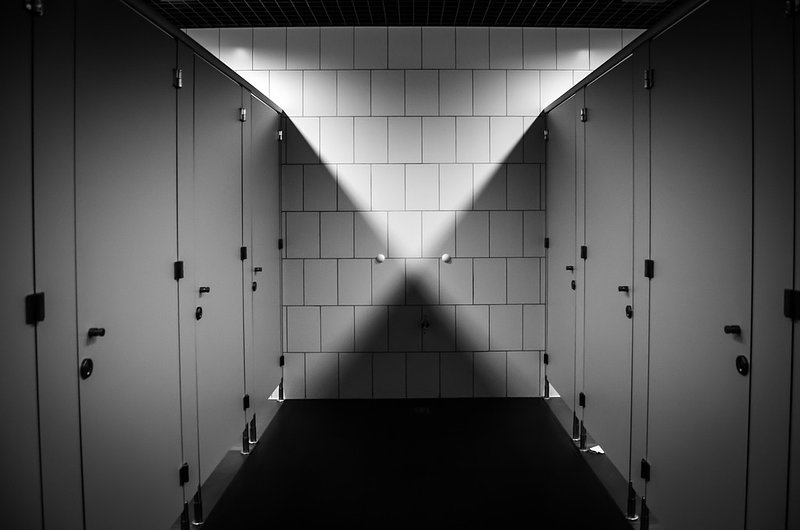 Don't: Turn the lights out when you leave the stalls etc etc as there may be someone else going about their business.

Do: Turn the lights off if you are the only one in there and are leaving.

Do: Wash your hands thoroughly. Toilets are not necessarily the cesspits of legend but they are pretty gross, those germs will spread through the office faster than diarrhoea after that dodgy trifle was shared early on Monday.

Don't: Throw down your zip/fly and hose as you go...there's a reason the receptacles are as they are. Use them as they ought to be used.

Do: 'Mercy Flush', if you're having a tough time of it. Spare folk the details and the embarrassment.

Don't: Empty your left over pasta/food/salad in the Royal Doulton/Villeroy & Boch, use the correct bin.

Don't: Use the sink to wash dog mess from your shoes and then leave the spatter like a scene from Dexter only brown (this happened at a major American Bank near the Airport)

Don't: Use the last of the loo roll and cackle as you go back to your desk knowing that someone is in for the waddle of shame.

Do: Spend as little time as possible in the surroundings, some folk are shy and will not go about their ablutions with a crowd present.

Don't: Leave your stall door wide open, ain't nobody got time for that.

Do: As per above LOCK the door, it's often MORE embarrassing for those unwittingly breaking into an occupied stall, than it is to be the incumbent.

Don't: Miss the bin when throwing paper towels away and then whistle while sliding out of the room.

Do: Check for loo roll stuck to your foot, or somehow stowed away, attached to your person like some morbid half accosted Mummy.

Don't: Use toilets as an impromptu meeting room for gossip and/or a chance to pitch your BEST NEW IDEA.

Do: Be respectful, clean, hygienic... that's the least you can do. Otherwise, be a Finch and do your necessary at home.

And, as a reminder that it could all be so much worse, here's a very sweary video....

If you should have more to add, please do audience@rtltoday.lu, or drop a comment below.