From breathtaking sceneries to cultural hotspots: the Moselle Valley is the picturesque region where world-class wine flows as freely as the eponymous Moselle river. Check out this travel guide to make your next daytrip to Germany’s Moselle region a success!

Do consider going by car - you will have the freedom to stop where you please and explore the region at your own pace.

Don’t miss the scenic Römische Weinstraße! Dotted with ancient castles and fragrant vineyards, the Roman wine street runs along the Moselle and is often considered to be one of Germany’s most romantic drives. Cycling along the Moselle is obviously also highly recommended.

Do hike along the “Mosel-Traumpfad Schwalberstieg”. Expect dreamy forests, jungle-like paths and, most importantly, an abundance of panoramic views over the Moselle. 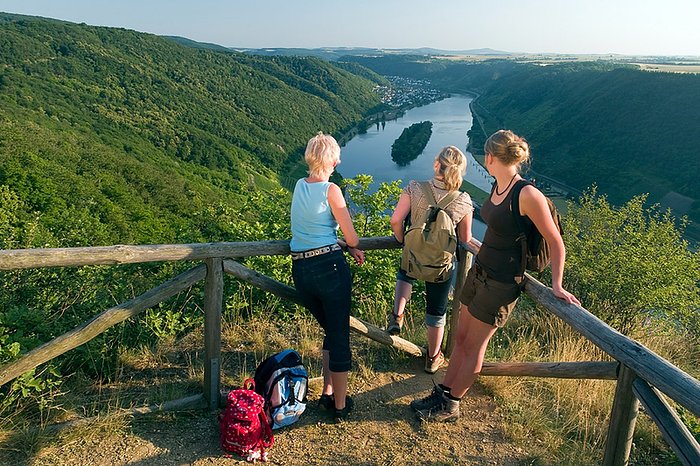 Don’t take big cars into small wine villages – you may regret it shortly later when you find yourself (almost) stuck in narrow lanes. Better use the official parking lots outside the villages.

Don’t swim in the river. Even though the Moselle looks like an easy-going river with an acceptable water quality, its serene appearance can be dangerously deceptive. Strong undercurrents and boat traffic can prove to be fatal even for experienced swimmers.

This may seem obvious to many Luxembourgers but do visit Germany’s oldest town: Trier. Have a look at the house where founding father of modern socialism Karl Marx was born, treat yourself to a Schnitzel at the “Kartoffelkiste” on Fahrstraße and marvel at the plethora of architectural gems the city has to offer. Don’t miss the impressive cathedral, the Roman baths and the iconic Porta Nigra gate, to name but a few of the attractions. 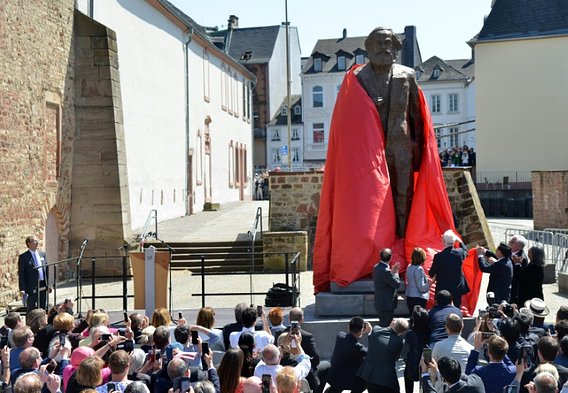 The massive bronze statue of the founding father of communism was a controversial gift from China. / © afp archive

Don’t drive too slowly when you go sightseeing. Apart from unleashing the boundless wrath of impatient locals who drive behind you, excessively slow driving may also trigger breakneck overtaking manoeuvres. According to the Marco Polo travel guide, slow driving of holidaymakers remains one of the main reasons behind serious traffic accidents in the Moselle region.

The “Deutsches Eck” (German corner) headland in Koblenz is not to be missed! It is the place where Mother Moselle and Father Rhine come together. It was named after a local commandry of the Teutonic Order and became known internationally for the monumental equestrian statue of first German Emperor William I. You can also hop on the Koblenz cable car nearby, hover of the Rhine and explore Ehrenbreitstein fortress. 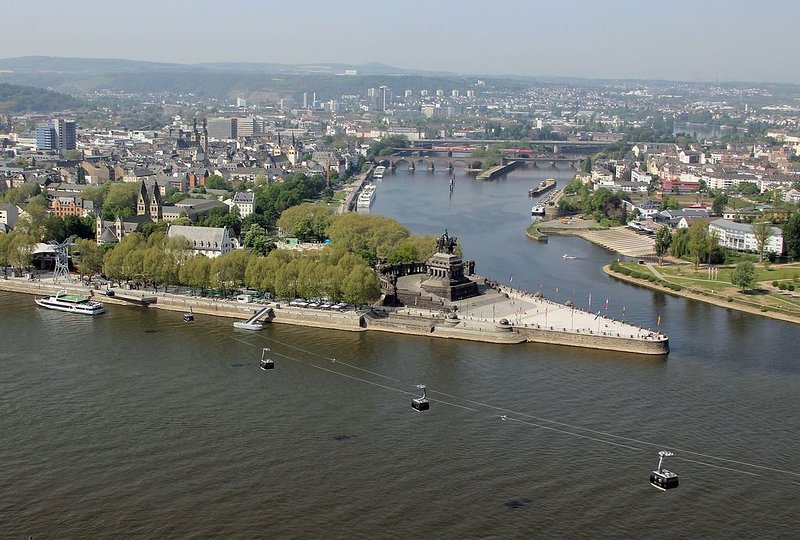 Where the Moselle meets the Rhine: the Deutsches Eck. / © Holger Weinandt / Wikipedia

Do head to the picture-perfect town of Bernkastel-Kues, visit a Weinstube and indulge in wine tasting. Apart from various independent vineyards, you may want to check out the Mosel Wein Museum. You’ll have the opportunity to dive into the history of wine making in the Moselle region and sample 160 different kinds of wine. In vino veritas!

Don’t miss the idyllic town of Traben-Trabach! Dating back to 830, the town hosts the time-honored Grevenburg castle ruins, a particularly beautiful city gate and the Baroque Böcking House where legendary German poet Goethe sojourned. The wine tavern Caspari on Weiherstraße is also a particularly good address for wine connoisseurs. 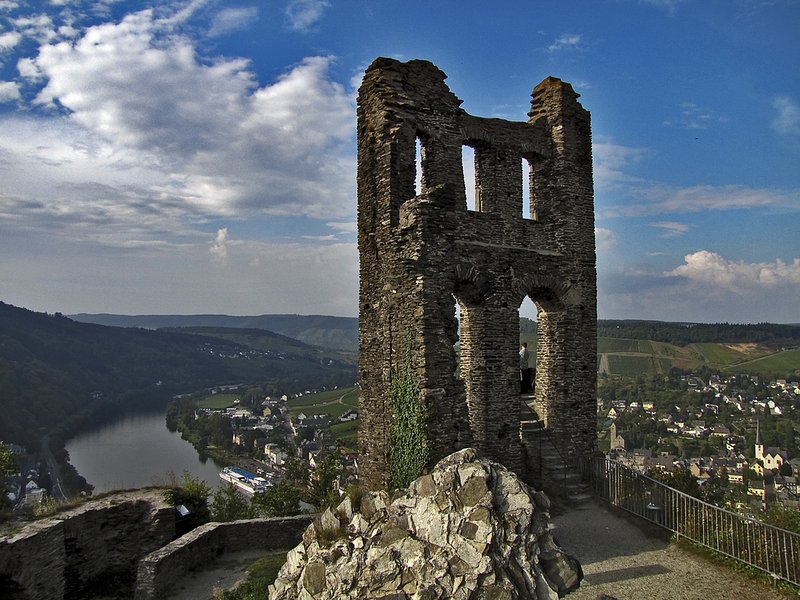 Do also visit Beilstein. Quietly sitting next to the river, this village is a personal favourite for its dreamy river promenade. Soak in the gorgeous views and recharge your batteries.

Don’t forget to visit Eltz Castle, a breathtaking medieval castle nestled in the hills between Koblenz and Trier. The same family that lived there 33 generations ago still owns the castle. Fun fact: from 1965 to 1992, Eltz Castle was depicted on the German 500 Deutsche Mark note. 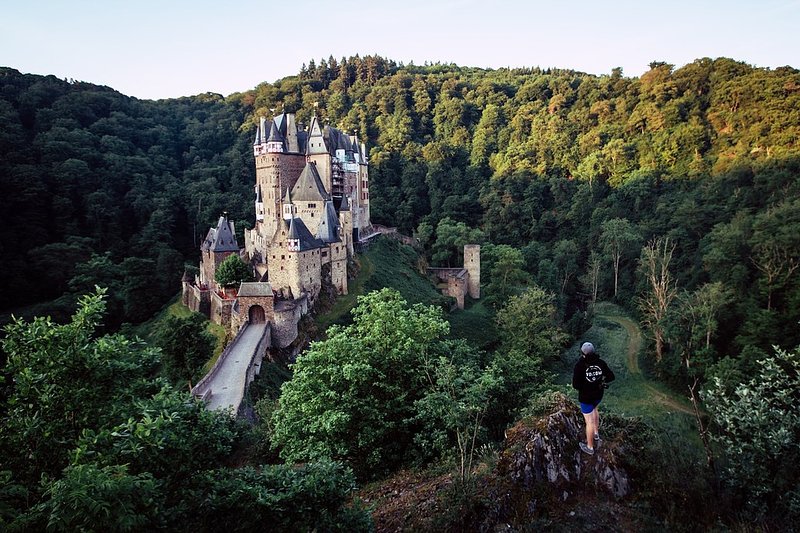 Straight out of a fairytale. / © Pascal Treichler / Pixabay

Speaking of towering castles, Cochem castle is another richly decorated 11th century castle with panoramic views over the Moselle and vine-covered hills. 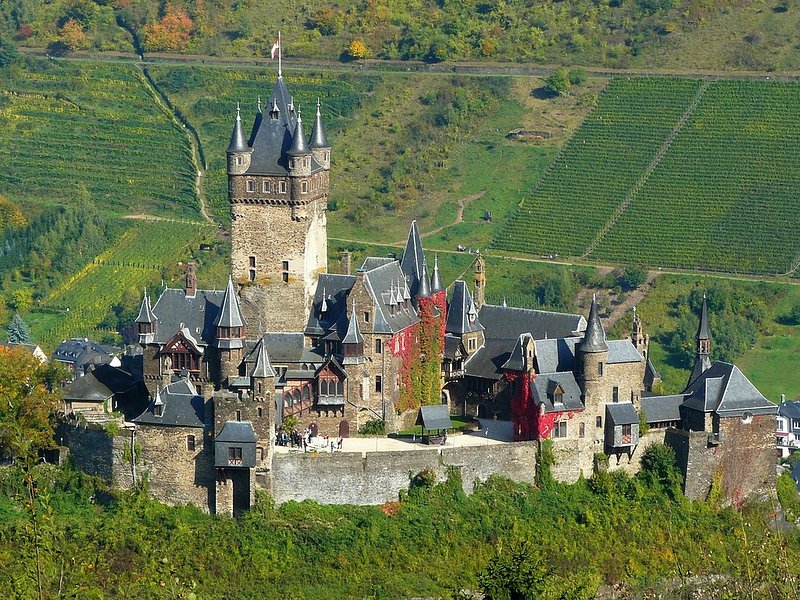 Do drive to Calmont vineyard, the steepest sloped vineyard in Europe. Walk the rugged hiking trail, enjoy the views of a majestic bend in the Moselle and finally treat yourself to a refreshing glass of Riesling. In Goethe’s more eloquent words, Calmont is "a natural amphitheatre, where on small, protruding edges the grapevine flourishes at its best."

Don’t go hiking in the vineyards without wearing sturdy shoes. It’s better to be safe than sorry so ditch the flip flops and jump into some decent hiking shoes.

This list is far from exhaustive. Got other suggestions that should be added? Get in touch and email me at gerry_erang@rtltoday.lu.