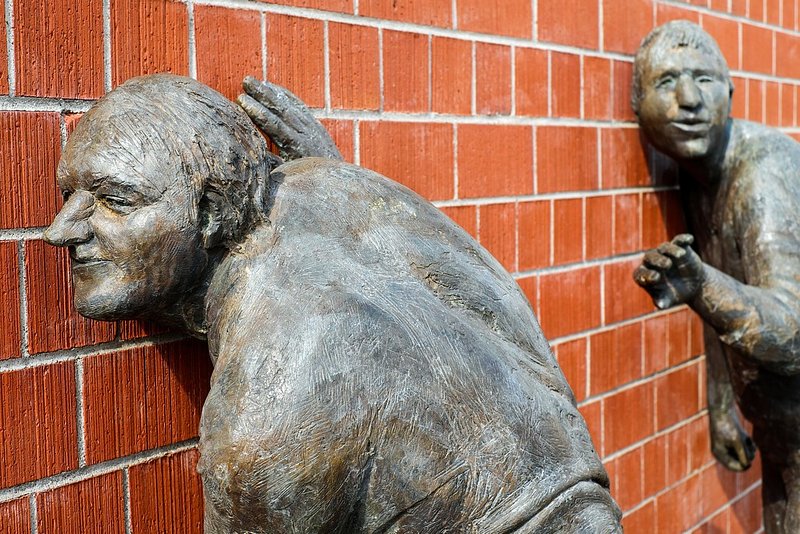 Depending on whether you live under a rock - and given house prices in Luxembourg, that may be a better option - you'll be aware of a major TV show that started last. This then, is a timely reminder to keep schtum.

Urban Dictionary - 'spoiler alert'
Usu. a term to describe when crucial elements of a movie are about to be revealed (i.e. the ending, character deaths, a twist, etc.)

Message boards/feeds/general web-based chit chat is likely going to go into overdrive from yesterday (Monday 15 April) evening on. This means that, depending on whether you know your Dorne from your Iron Islands, keeping a major plot point a secret is going to be bastard hard (do you see what we've done there?).

Water-cooler talk needs to have a certain sense of decorum, lest you incur the wrath of someone who has recorded the latest episode of *add relevant TV show here* but is yet to sit down, wind down, phone down, blinds down, life on hold and enjoy it.

So here are a few tips:

Spoilers include..... divulging a particular moment that is shocking or unexpected. Even if said moment is telegraphed/signposted/foreshadowed (that's a filmic term) it doesn't make it okay to burst into the office/doctors waiting room and blurt it out.

Bringing something widely known in a niche universe and dumping on it on those new to the party. Not everyone can get as clued up or tooled up in a short space of time.

Do try to use appropriate forums to discuss the latest or indeed previous instalments.

Don't assume that just because you've seen every episode and live-blogged your reactions, that everyone else has.

Don't then do the 'oh my gosh, have you seen the bit where the helicopter gets eaten by the giant mosquito at the end of Jane Eyre?'

It may seem totally obvious to you but some fickle folk are not so keen to look for the twist and, being blindsided is part of the fun. This is also presumably the intention of the writing team and all those involved in the production.

Film or TV show all over the news but your work 'bestie' has set up a 'do not tell me' cordon? Don't allude to the twist with a 'do you like 'main character'? YOU are NOT going to LIKE episode two!'

There's a reason that films and shows are filmed under fake names and that NDAs are tighter than a cat's.....you can see where the next word was headed - to prevent people knowing what's gonna happen and details do escape. Thanks to unscrupulous, loosed tongued fun-thieves. Don't be one of them. 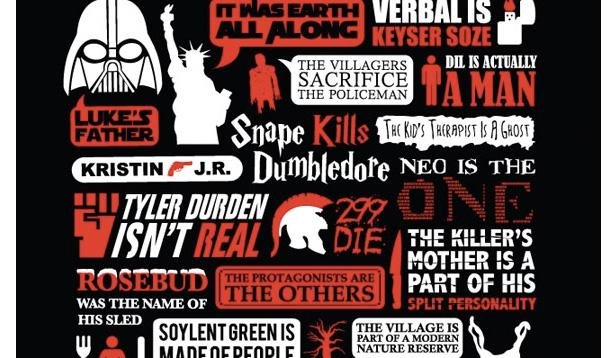 Do be excited. Sure, it's the best piece of tele-visual entertainment since that time Sideshow Bob stood on dozens of rakes. But reign in the gushing, would you? The world is full of too-keen Kenny's and over-excited Ellies.

You probably have identified the likely candidates in your work space and social space already. The ones who will crack. The ones unable to sleep for FOMO. Don't make eye-contact.

So what can you do? Start slowly, inquire if those good people near you, near your screen, privy to your barely contained online missives have seen/heard the relevant edition/episode - find out if they want to talk about it..

Do use social media with vagaries...'HOLEEE SHIIITT!' will do, as will 'Didn't expect that', even 'That episode blows' is fine. But anything more specific is not a 'slice of fried gold'.

Do apply the rule of space and time. As a general rule there is a specified time limit on spoilers. Seconds after the show has aired is a no-no, a few days, or a week after, is deemed acceptable. You can't be judged for enjoying something earlier than A.N Other (well, not in these terms anyway *cough*) if you are nice as pie about it.

Do add 'Spoiler Alert' to your posts, if you simply must get it out there.

Don't think that just because it happened in a book that it is fair game.

Do whisper, if you are not sure that those around you haven't also taken a day off to binge-watch the BIG show.

There's far too much digital programming to avoid stumbling in on a spoilerific convo but don't be like a chap/ess who we've all heard about - most people know someone who has claimed to have stood outside a cinema when M. Night Shyamalan's 6th Sense was screening and revealing the 'twist' - well, no one likes you Paul/ine.

Do use headphones if watching on public transport/in public spaces.

Don't use quotes to hide your smirking 'knowledge'. Even if this does not give away the exact character, it does prompt questions.

Sometimes it is just unavoidable. Shows such as the Walking Dead and Game of Thrones are so ingrained in the public conscious that even shutting down comms with the outside world is not enough to shield you from being 'told'. One episode of GoT was more popular on Reddit boards than NASA info. Don't click here if you've not caught up with ALL GoT episodes up to and including Season 3 finale.

Posting memes that relate to a specific scene may get you some upticks but will also paint you in the kill list of folks accidentally scrolling through your feed.

Don't pass it on. This is just mean. If you've been the victim of a 'spoiling' don't mean spiritedly ruin it for others.

Trailers can also ruin the surprise and sometimes it is better to avoid them completely.

I suppose we should also make reference to those who've not got the slightest interests in such things. Good for you. Really, you've avoided the main pratfall of modern media consumption but you're bound to spoil something, sometime.

The Butler did it!

For those Spoil Hardy peeps - take a look at this site. (Another word for the wise for Game of Thrones fans frequenting Reddit. Whilst r/FreeFolk has some excellent memes, the subreddit also enjoys dropping spoilers, leaks, and any other information pertaining to Thrones. Be on your guard.)