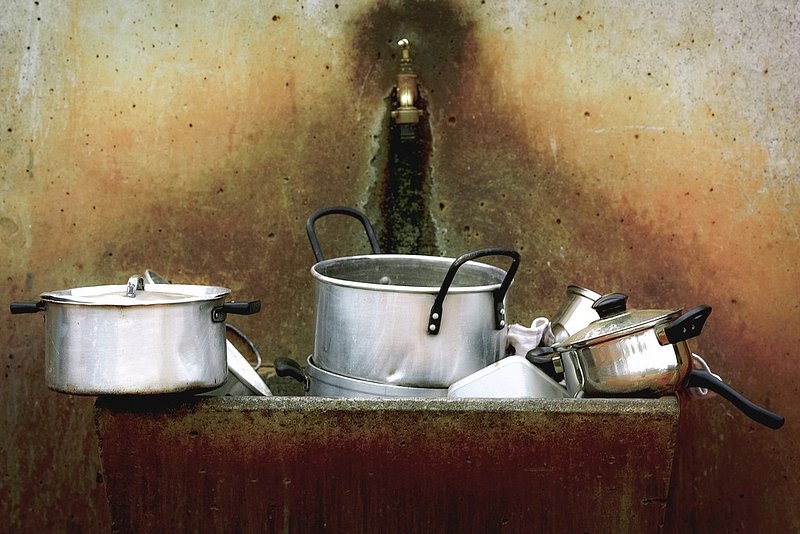 Given that we are now forced into more time at home and thus in sharing space with our 'better halves' it seemed appropriator to revisit this.

The general rule of thumb is that the chef doesn't wash up. This detail has started more family arguments than bevved up binges of Monopoly.

Let me start with a little story, are you ready?

Then I will begin...

University was a tough time for me. I am, by admission not a total clean freak, I can cope with a bit of 'the chaos' but I hate filth (not that kind, that kind is ace) but grime (no, not that kind) and limescale (yes, that kind) are things of which I have sweaty-browed dread.

Our shared house was a hovel, which, although fair as a description on the state we lived in, was not fair on the landlord, whose house was actually lovely. Until we moved in.

There came a point, say three weeks into our first term of our third year, when all the pots, pans and utensils had been used, sullied, dirtied. Something was about to give...or so I had thought. One of our 'squad' (though it was the early 00's, so gang would be better applied), used the pan lids as plates and HB pencils as chopsticks and, to quote as 'a stabby fork'.

That evening, I was the donkey and that sight was the straw.

I cleaned. It was by far the grossest undertaking I had carried out. Congealed kebabs, tuna pasta slop and god knows what that would need sand blasting from Tupperware and plates.

Four day's later it was back to the pigsty it was before (no offense meant to pigs, some of my best friends are pigs). 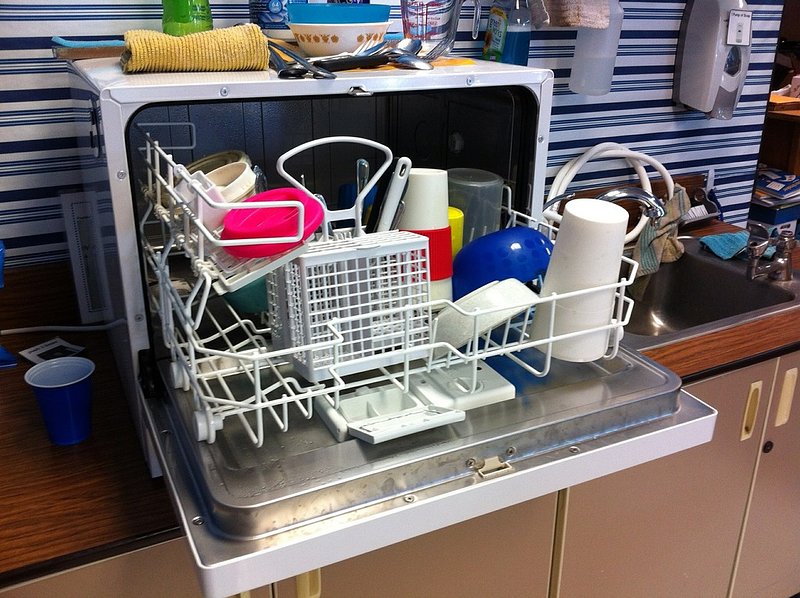 All this is to say that our university time was before dishwashers were standard. Oh, how it may have been different had there been a handy machine within which to fling our dishware.

So, without further ado, here's a tidy list of things that should and should not be done when using said apparatus:

Do - when unloading a full load (steady) do the bottom tray first. That way you'll not accidentally spill any reservoir-ed 'wash water' on your clean dishes and cutlery.

Do - where possible use the eco setting. Most modern washers use less water than sink and soap methods but...

Don't - run the machine when less than half full. Doing multiple half loads isn’t saving any water.

Do - use a little white vinegar to get some extra sparkle in your life...via your crockery/porcelain/bone china (it'll also get rid off water spots and some of those fusty smells)

Don't - Filling it up is recommended but don’t cram or overfill it to the point where things won’t get totally clean. If things have to be run through a second time, you will have defeated the purpose of saving time and water.

Do - Check out the Owner’s Manual that came with your dishwasher. A lot of them contain a diagram of how best to load your particular dishwasher. 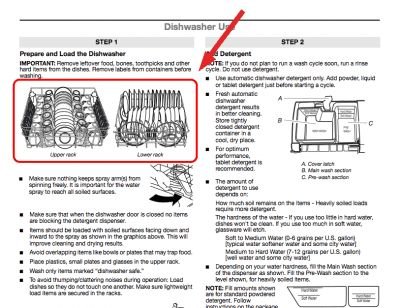 Don't - Not everything is dishwasher safe. If in doubt, leave it out. Many items are labelled accordingly.

Do - inspect your machine regularly, it will help prolong the active running efficiency.

Don't - jam in ALL the cutlery in that little cage thing...yucky stuff will get stuck in there.

Do - Put the bigger pieces in first. It’s more efficient to start with those, then fill in with the smaller ones.

Don't - Face Plates All in the Same Direction. “Place them on the bottom rack facing inward toward the spray arms, with smaller plates in front of large ones, so the spray can reach all of them,” says Douglas Mott, president of RepairClinic.com.

Do - Run the Dishwasher at Night. “Many utility companies charge more at peak usage times,” says Mott. “Night is a less demanding time, so this can lower your bills.”

Don't - Put sharp knives point up in the utensil tray.

Do - Clean your sponges/brushes. This will help eliminate bacteria and mildew that may be forming in your cleaning tools.

Do - Pre-Treat Dirty Dishes aka Soak them.

Do - Use a rinse aid detergent.

Do - clean out the 'spray arms'

Did you know you can actually cook salmon in your dishwasher? Douse a salmon filet in your favorite marinade, then wrap it up tightly and securely in tin foil. Place it on the top rack of your dishwasher, and run for a whole cycle (including drying.) The salmon will come out steamy, moist, and delicious!