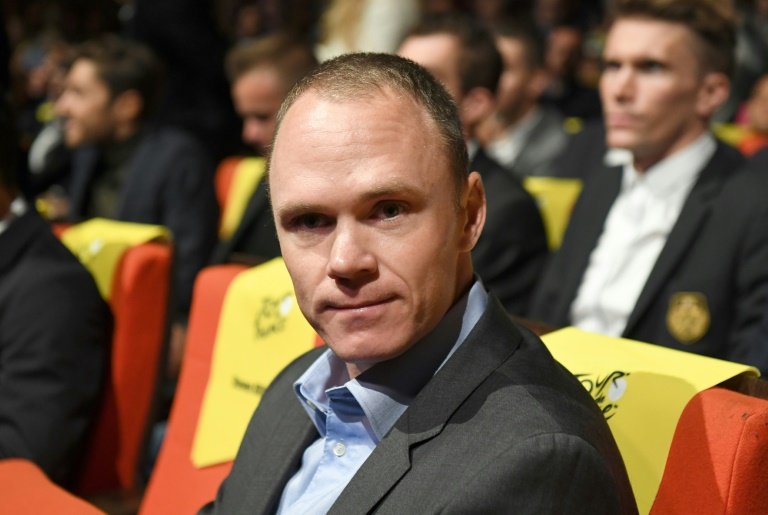 A course made up of 29 lung-busting climbs would appear to be tailor-made for Chris Froome but the four-time champion admitted on Tuesday that he may not even be on the start line at the 2020 Tour de France.

"It's impossible to say," said Froome at the route unveiling in Paris. "Nothing is decided."

"As far as I'm concerned, I need to get up to the right level before we even start talking about who will be the (Team Ineos) leader or that kind of thing."

The reason for this uncertainty was evident when Froome walked, a right leg that trailed and which he has described as only being at 35 percent on the bike.

The Briton is still in recovery after sustaining dreadful injuries in June when he hit a brick wall at high speed, fracturing ribs, a femur, and an elbow after taking his hands off the handlebars to blow his nose.

He was not expected to race again this year but returned to his bike for a practice ride at the weekend outside Nice, starting point for the 2020 Tour, and is slated to take part in one of the events surrounding the Saitama Criterium in Japan later this month.

In his absence, Ineos still prevailed at the 2019 Tour de France in the shape of the young Colombian Egan Bernal. The team also boasts the 2018 champion Geraint Thomas which means there really are no guarantees ahead of the June 27 start.

"I still need two or three months to correct the weaknesses inherited from my fall. But I hope, in a few months, to find the level I had last season."

Froome's bid to return to full fitness is made even tougher by the fact he needs further surgery at the end of the month.

"I still have a pin to remove from my hip," he says.

Another setback, one that he can do nothing about, is age.

Froome will turn 35 in May. Should he prevail next July and match the five titles of Eddy Merckx and Bernard Hinault, he would be the second oldest winner ever behind the Belgian Firmin Lambot who was 36 when he won for the second time in 1922.

"The Tour will be an enormous source of motivation," he says.