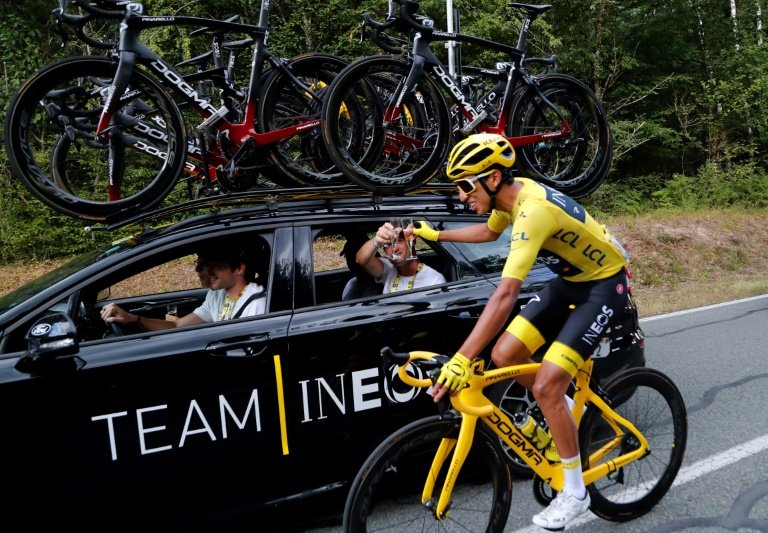 Champagne moment: 'It's team, team, team,' said Egan Bernal, when asked how he won, but on Sunday, Ineos helped their rider celebrate / © POOL/AFP

AFP takes a look at some of the choice things said on the Tour de France over the past three weeks.

"It's team, team, team, get up, see the doctor, have breakfast, ride the race, get a massage, physio and sleep. Then repeat."

-- Champion Egan Bernal after stage 20 on how he won the Tour.

"I was going at great speed when they told me to stop and I said no way, not now, please."

-- Bernal after being halted in his tracks by a hail storm while racing down the Col d'Iseran on stage 19.

"If you think he's only 22, Bernal could go on to win more Tours de France than any of us."

"You can talk about mental age, physical age, but when you’re ready you're ready, and boy is he ready."

-- Ineos boss Dave Brailsford on Bernal at the start of the Tour.

"From the moment I got off the bus, all the way to the finish line it was just overwhelming."

-- Julian Alaphilippe was cheered all day after riding stage four as the first French rider in yellow in five years.

"Alaphilippe has gained time on everyone with great style, his presence has changed the way all the other teams are riding too, not just us."

-- Brailsford ahead of the third week of racing.

"This year and last year are like black and white, everything that could go wrong went wrong. Last year I had no falls, no punctures, no problems -- a bit like Egan this year."

-- Geraint Thomas after coming second on a Tour in which he fell three times.

"No one can ever take this away from me, it's mine forever."

"I came to the Tour de France for something better than that, I want revenge."

-- Frenchman Romain Bardet was left feeling ashamed of his performance on the steep La Planche des Belles Filles climb where he lost over a minute in just 800m. He eventually won the king of the mountains jersey.

"We are as surprised as you are. We are also disappointed."

-- Bahrain Team director Gorazd Stangelj after world champion time-triallist Rohan Dennis of Australia got off his bike and left the race without explanation. 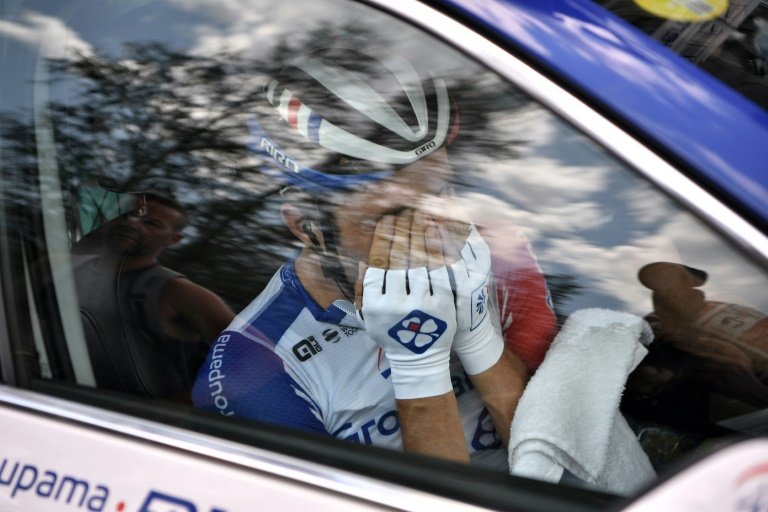 'This is the greatest disappointment of my career,' said Thibaut Pinot after quitting the Tour during the 119th stage / © AFP/File

"It's been a while, but I've got that winning feeling."

-- French hope Thibaut Pinot ahead of the Tour.

"This is the greatest disappointment of my career, I was convinced nothing could stop me."

-- Pinot when forced to pull out with two stages to go while in fifth.