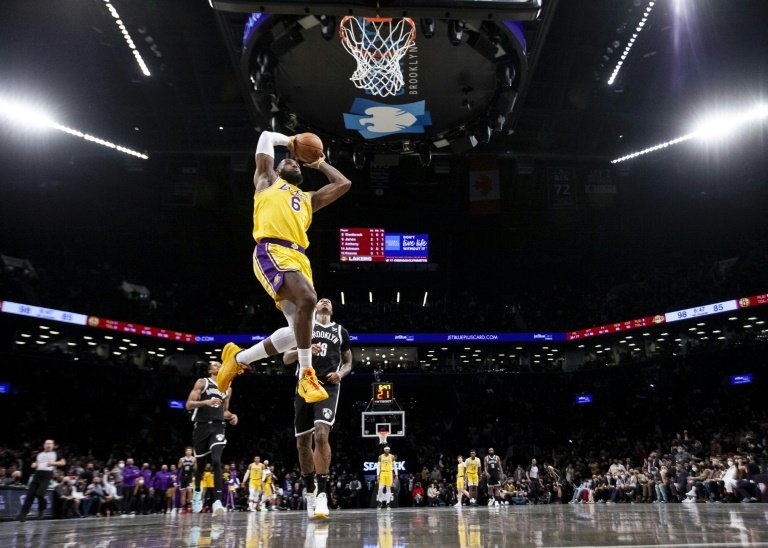 Los Angeles Lakers superstar LeBron James was named an NBA All-Star Game captain for the fifth-straight season on Thursday as the league revealed the starting players for the mid-season showcase in Cleveland.

James was the leading vote getter from the Western Conference.

Brooklyn Nets star Kevin Durant topped the East voting and got the nod as a team captain, although he is expected to miss a second straight All-Star Game after spraining his left knee earlier this month.

Durant and James were among the 10 players voted in as starters for the February 20 game at the Rocket Mortgage FieldHouse. The All-Star reserves will be named next Thursday.

Fan voting accounts for 50 percent of the total vote to pick the starters, while current players and media make up the other half. The reserves are chosen by NBA head coaches, and league commissioner Adam Silver chooses injury replacements, if necessary.

James and Durant will draft their teams from the eligible pool of players and they are not required to draft based on conference affiliation or position.

Embiid has 21 games of 30 or more points this season and six with 40 or more.

"I have come a long way the last two years," Embiid said after hearing his name called. "The game has really slowed down for me. I am able to be free on the court and do what I want offensively."

The other front court player in the East is Giannis Antetokounmpo of the Milwaukee Bucks, while Chicago Bulls DeMar DeRozan and Atlanta Hawks Trae Young make up the back court starters.

Joining 2020 rookie of the year Morant as a first time all star is Wiggins, who is in eighth NBA season.

Wiggins is shooting 48.1 percent from the floor and 40.4 percent from three-point range, and Morant is averaging 24.4 points, 6.7 assists and 5.7 rebounds per game.

The All-Star draft -- with James and Durant picking their players - is set for February 10 and the slam dunk contest on February 19.