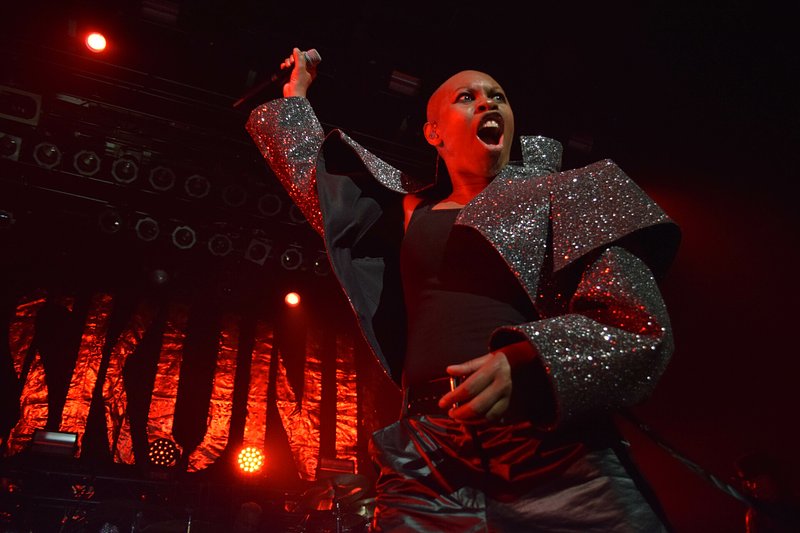 In an interview with Melissa Dalton of RTL Today Radio’s show The Home Stretch, Britrock Icon Skin dove deeper into her experiences of being a new parent, living and working through a pandemic, and understanding how our world has changed in the past few years.

Before we jump into the interview we need to mention that RTL Today Radio is GIVING AWAY a pair of tickets to Skunk Anansie's July 6th performance - details are at the end of this article.

In 1999 lead singer of Skunk Anansie, Skin, became the first black woman to headline the Glastonbury festival, this past weekend the band was at Glastonbury again playing to a different crowd and in a very different world. It is not just the world that has changed, the band themselves have also changed, Skin and her partner recently welcomed into the world a child whose arrival has given the rocker some new perspectives. This included her returning to the big questions we ask ourselves about life.

"You ask yourself questions like 'well what I am doing?', 'what am I worth?', and 'why am I doing this?' and then you have a baby and that kind of like shifts everything."

The changes in Skin’s personal life have also come at a time where she feels the band is in a Renaissance. Changes in management during the pandemic mean Skunk Anansie is currently managing themselves. Along with this the group has also spent time re-evaluating themselves. Separate from the band, the pandemic also brought urgency about the state of the world into sharper focus for Skin. She has turned away from social media as of late and focused on making real change happen. On this she observed,

"The meaning of life and the meaning of what we’re here for has definitely shifted and I’ve got a lot less time for just complainers on social media that do nothing else when we have a serious right-wing wave going across the world." 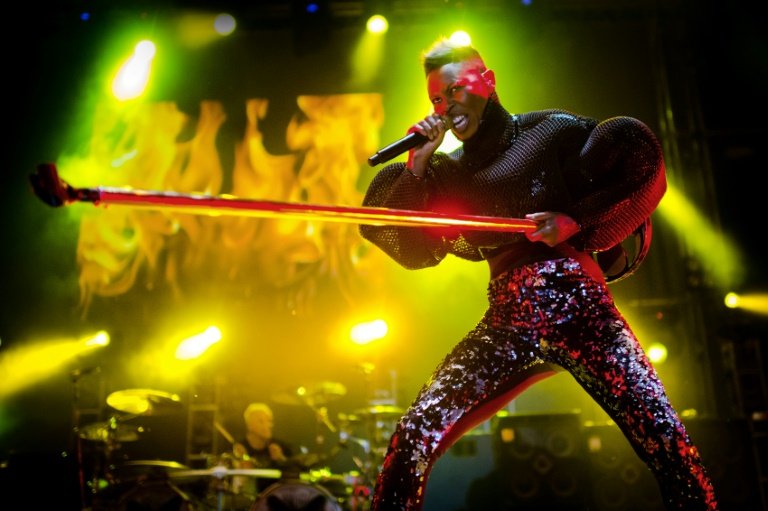 Her advice for navigating the unsteady ground we have found ourselves on? Start with building a strong home life before trying to tackle the big problems. In a poignant analogy comparing her personal life to the ground we stand on Skin puts it, "When you stand on concrete you can stand and you can fight and you can be forceful and you can do a lot of good stuff but when you’re standing on quicksand it’s like you’re sinking, sinking, sinking."

The past couple of years has caused many of us to stop, take notice, and rise to action, but it has also forced many to stand still. The live performance industry came to a halt as crowded in-person events became impossible. Skin feels that although the pandemic has been difficult for artists and performers that returning to the stage will help remind us of the value of live music events.

"I think one of silver linings is that you know the powers that be just want us to be at home at in our computers you know and our phones all the time and I think if anything it taught people the beauty of other people and the beauty of combined and communal experiences and how nice it is to kind of be close to someone." 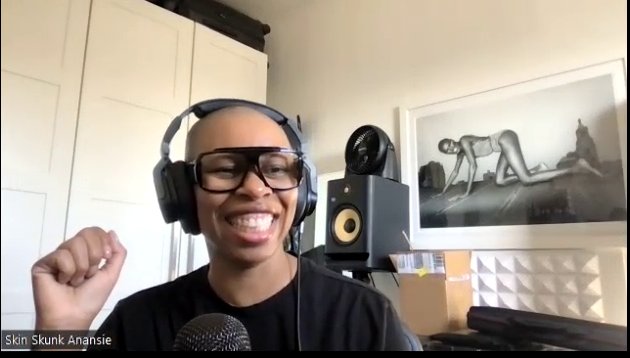 Skunk Anansie’s return with new music and new concerts also brings with it new social commentary, especially important during an increasingly volatile time worldwide. In the band’s song Piggy they channel their own emotions around topics like greed and power into an explosive piece. The band pulled the track from a place of catharsis and spontaneity in response to what they were seeing around them.

"It’s actually a song that we had no intention of recording and then when we went into the recording session, we were like we need another song, we need something that’s really angsty because that’s how we feel."

Through the birth of her child, the pandemic, evolution in the band, and now the return of live music Skin has, like many of us, experienced a lot of the unprecedented in the past two years. However, Skunk Anansie and their music offers everyone something we might need right now, which is, as she puts it about the band’s motivation for Piggy’s creation, "something that we could just shout along to."

The full interview with the talented Skin from Skunk Anansie can be listened to on RTL Play.

Skunk Anansie will be performing at den Atelier on the 6th of July with doors opening at 7pm, tickets are currently on sale at atelier.lu.