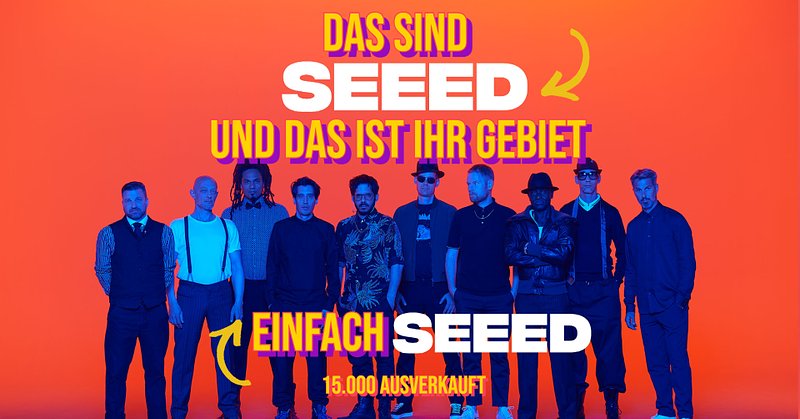 After having sold out previous shows at den Atelier and Rockhal in recent years, SEEED have once again succeeded at selling all of their tickets for their upcoming gig.

The German band SEEED has now sold out all of their tickets for the upcoming Luxexpo Open Air.

Initially scheduled for the summer of 2020, the show at Luxexpo Open Air had to be postponed twice due to the global pandemic - same as the inauguration of the new open air venue in Luxembourg City.

The sell-out proves yet another success for SEEED. In the course of the past decade has become one of the most popular reggae/ dancehall bands Germany and its neighboring countries because of their stimulating and captivating live shows. Known for hits such as Dickes B, Augenbling, Aufstehn!, or Ticket, they have managed to establish a strong, and lasting, relationship with their audience in Luxembourg, proven through their previous sell-outs at Rock-A-Field in 2013 and at their shows at den Atelier and Rockhal.

Den Atelier expresses their gratitude to the band which has been loyal to the artists' institutes as well as the whole team of Luxexpo The Box over the years, and is excited to welcome them to the upcoming Open Air show.