Not so much a lockdown album, as an album that was recorded just before things went pear-shaped and finessed during restrictions.

Conor O'Brien has gone for broke on this 5th LP. He'll say he hasn't, stating that there's added importance attached to this record simply because it has been released during a global pandemic, but even he would find it hard to argue that the themes of emotional connection, human interaction an introspection are not of 'the now'.

Taking some sort of inspiration from both The Selfish Giant by Oscar Wilde and a Co Meath's Killyon Manor, Fever Dreams walks us though a skittering fantasy world.

“The more I know, the more I care” O'Brien sings, in that voice so familiar to his many loyal fans, he's backed sax and psychedelia. On The Art Of Pretending To Swim, Villagers bent an ear to electronica and again morphed into a band that played the sound of the times, here jazz, film scores and even soft rock rub ankles (filly clothed) under a dirty great blanket.

Sure, those that remember O'Brien as a wee acoustic wielding snip from Dublin will be shocked by the layers experimental vibes barely contained here. But, then, that is half the fun. You genuinely will have little idea where a track will head. Taken in the six-an-a-half minute So Simpatico...it will test those that like their music more immediate but it is more a suite than a single. It is exceptional. The video (above) is a joy also.

Song In Seven serves to highlight just how far Villagers have come, brimful of confidence and welling with warmth, O'Brien's vocals gel perfectly with the brass pockets cropping here, there and everywhere.

Full Faith in Providence features the glorious Rachael Lavelle, as the pair duet and duel through their idiosyncrasies and peccadilloes. Circles In The Firing Line is a more uptempo footstomper that is "more than a state of mind" and comes replete with 'frikkin laser' sounds and Wurlitzer swoops. You will not see the change at 5.51 coming.

Ironically, it is the Title Tracks deliberately off-kilter and detached air that is the album's weak point, before Deep In My Heart brings us back to the Terra Firma, if this does not appear on Wes Anderson album at some point, I will eat my marshmallow hat.

Hopefully it will not require yet another global panic to allow O'Brien the creative freedoms he has so enjoyed here, Fever Dreams is an album chick full of energy and overflowing with ideas and is one you really should enjoy with a decent set of headphones and, where possible, listen to from start to finish.

Fever Dreams is out now via Domino. 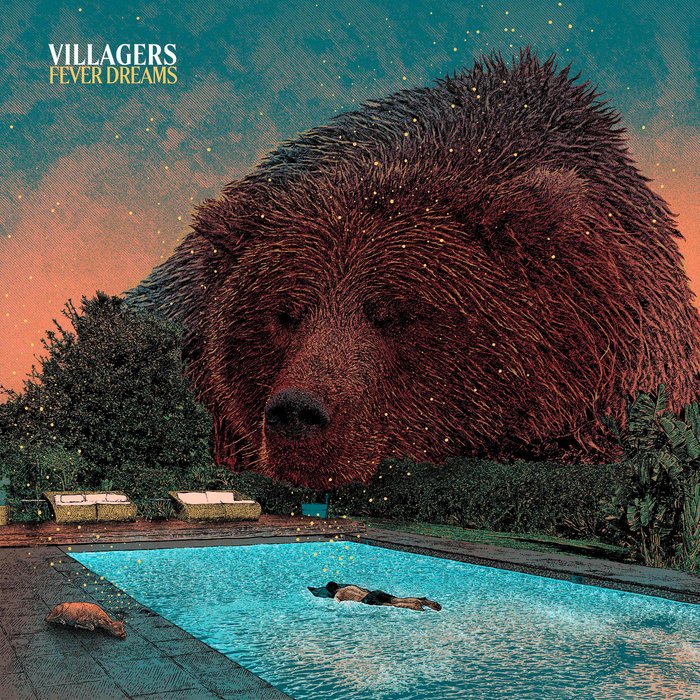