The Australian musician Nick Murphy's latest is a smooth tonic for bruised heads and broken hearts.

I suppose it can't be that bad coming out with a cover version that everyone loves and doing so when the music media are in love with James Blake, The Weeknd, Jamie Lidell and other such 'new and emerging talent'.

But for Murphy's Chet Faker project, that success was quickly a millstone, and one he has worn for over half a decade.

The, not exactly but kinda surprise new LP, Hotel Surrender is yet another beguiling collection of trippy soul tunes, and all the labelling that goes with that is not without issue. We will come back to that later...

“I want to take a break from myself”, Murphy, nee Faker, sings on Get High, a sentiment that most people will have felt over the last year and a half. For the Australian, known as an introvert, who is open on suffering stage fright, the world reopening and his return to the stage will naturally bring a dollop of anxiety.

Hotel Surrender is, then, like it sounds, a delicate slice of avant'n'B, itself a genre I had never heard of until today. The fact that Murphy would rather eat his woolly hat than accept that term, makes it even more brilliant.

Here there are themes of resilience and strength, speaking to Australian entertainment site Scenestr, Murphy said: "there were a lot of heavy perspective shifters for me". Adding, "I really just thought of the music in a different light. I look at it as a mass therapy now."

The ten tracks here certainly indicate the battle between creation and listlessness. Some tracks are sung full-blooded, others delivered in a more lackadaisical manner. Rolling Stone love the blissed out vibe, OMH hate it. And this is likely where many people coming to Chet for the first time will fall.

"I think I used to see it as this plight, like I was on a crusade or this creative odyssey," Murphy said in the Scentstr interview, "Now I see that it's more Shamanistic. You've got to find some light – or sometimes dark, whatever's right – and share it."

That Faker's tunes could pop up on any tech advertisement is no the fault of the artist. Here the hooks and runs are near perfect. They stink of late night sessions of a perfectionist pouring sweat and tears into making it sound effortless.

Hotel Surrender is out now on BMG. 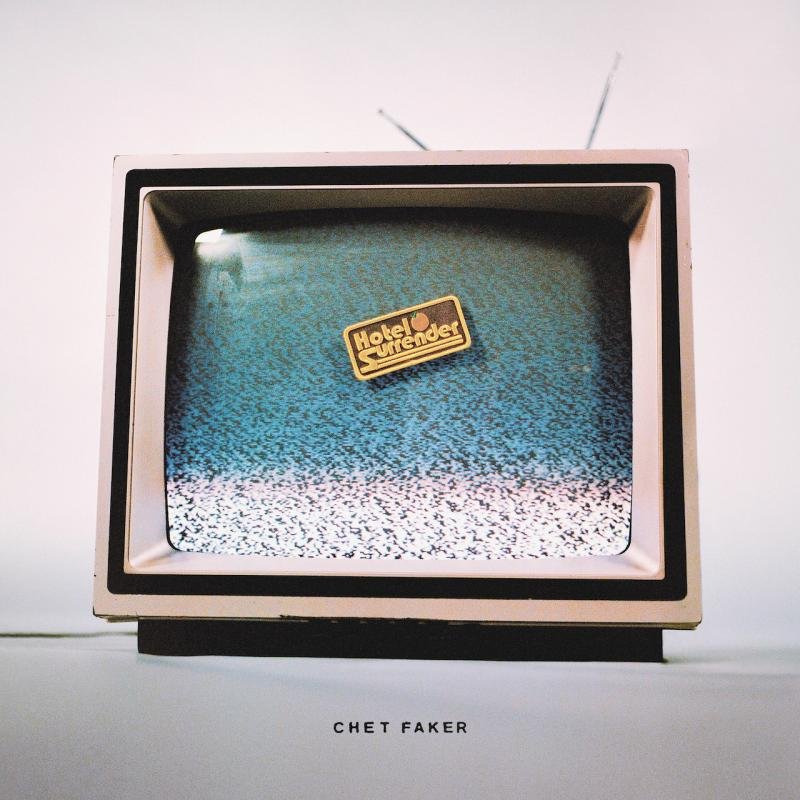