Isabella Eastwood has been logging a fair amount of home time with the world's music makers. Here she checks in with the Swiss star Sophie Hunger ahead of her show at the Abteihof in Echternach.

When I called Sophie Hunger, she was in the middle of rehearsals. It turned out it had been a hectic day for both of us – realistically more so for her, who took a break from rehearsals just to speak to me before her next gig – so we only had 10 minutes to talk about past and previous work, language and writing, and what to expect from her upcoming tour.

Sophie is very well-spoken and exudes a certain calmness that I even felt through the phone, and it was fascinating to speak to the multilingual singer/songwriter.

Actually, the first thing I wanted to ask you really, is: how are you?

I’m very tired because yesterday night I had my first show after the pandemic and since all the clubs closed. It was incredibly intense and it reminded how much energy it takes to do the whole thing. Then I was travelling almost all night to where I am now, and now we’re rehearsing for our show in Montreux with a string quartet and 2 musicians. So it went from 0 to 150km/h in under 24 hours and I’m completely back in the game, I feel a bit overwhelmed [she laughs].

Yeah, Jesus, I can only imagine. I mean, for me, even the smallest things are a struggle and ask myself “Did I ever manage to do all of that?’ I don’t know, I’m always tired, I don’t understand how people do life. Do you think you’re going to have to change the way that you do things? Because a lot of people are taking lessons that they’ve learned about rest and self-care forwards, for when things go back to normal. Do you think that is something you will do, or will have to do?

No, I don’t think so. I was really happy with my life the way it was before, I love my work, being a musician, driving and playing and being with musicians in the world of music. That’s always been my passion so [the pandemic] has been very difficult.

For me, now it’s really great. Before it was hard to find a connection with myself, not being able to play. That’s the way it felt for me. I often thought I can’t feel anything, I don’t really know where I am, who I am, and now being back in the music circuit and being able to play with my friends, I suddenly remember everything, I remember who I am, what life feels like and all that. So for us it was a bit different. But I see for many of my friends, who work in offices or something, I think surely they must have learned a lot of really important lessons in terms of how to relax. But for me, my work has always been joyful.

That is so lucky!

Maybe it’s also, well, one of the nice things was realising how much I appreciate my work and how lucky I am, I guess. That would be my best answer, to go forward being grateful for the music.

You’ve mentioned in previous interviews that living in Berlin gave your music more of an electronic feel to it, while learning more about sound engineering was also integrated that into the ‘Molecules’ album. So if you’re influenced by your environment, both in terms of the kind of music that you make and the themes you explore, I wanted to ask you how important this “movement” is to you, and whether you think that in the future this means you’ll have to move again, whether you see yourself leaving Berlin. Where do you see yourself drawing new inspiration from?

Hey that’s a really good question. I think that during the pandemic, in the music world there have been a lot of collaborations because everybody was at home, and the only way to make music together was to send files around and through that I got to make a lot of collaborations. I can’t really say I met, but I connected with so many other musicians, and worked, composed, recorded, with other people over the internet. In a way I think I’ve never been as connected or as collaboratively working as I am now. It’s almost as if, right now I prefer writing and producing with other people rather than doing it all by myself. I mean it was all digital but it was a cool side effect!

We might fail and maybe we have failed, who knows, but we didn’t hide away, we tried to make something out of it.

It’s definitely been a year of discovering how to do things differently… so talking about collaborations and different influences and languages. I know this is a question that comes up repeatedly but the thing that interests me, do you believe that the ‘quality’ of a song – not as in good or bad but as in, the nature or texture – changes depending on what language you sing in?

Well for me every language has a very specific context. There are certain words you can’t really say in German, because they can recall or imply certain things that happened in history, you know? ‘Train’, in German, for instance – Zug, Nacht, Nebel [train, night, fog] – you’re aware of the fact that they can be connected to the Second World War and the genocide of the Jewish people. Those words, in any language you can just say them, and they don’t mean anything else, you know? I mean that was just an example.

All those cultural contexts they change with the languages and of course you can be aware of them but sometimes you’re not. I mean I’m sure I might not be aware of all the semantic concepts of everything in English, which is not my mother tongue. And it’s different, you surf on different waves you know, but every wave is fun, they all have their own fun quality. Sometimes it’s also nice to sing a superficial text, because then you have to create meaning by the way you sing it. When you have very complex, meaningful, difficult lyrics it also changes the way you sing because there has to be some space for the complexity of it. Everything is a little bit connected, the form and the content, they’re hard to separate. And sometimes I enjoy singing very simple things.

Yeah, so I imagine if one aspect of the art is simpler then you invest more in the other aspect. So how do you know when you start making a song what language fits?

I think it’s really just a couple of words or a line that I like or that I thought, something someone said… and then that line is just in the language already, maybe it’s in English because I was talking to someone in English or it’s in German because I’m in Berlin, but to be honest I can’t really tell you, it just pops up. It’s one line and then you build around it, or at least that’s how I do it! 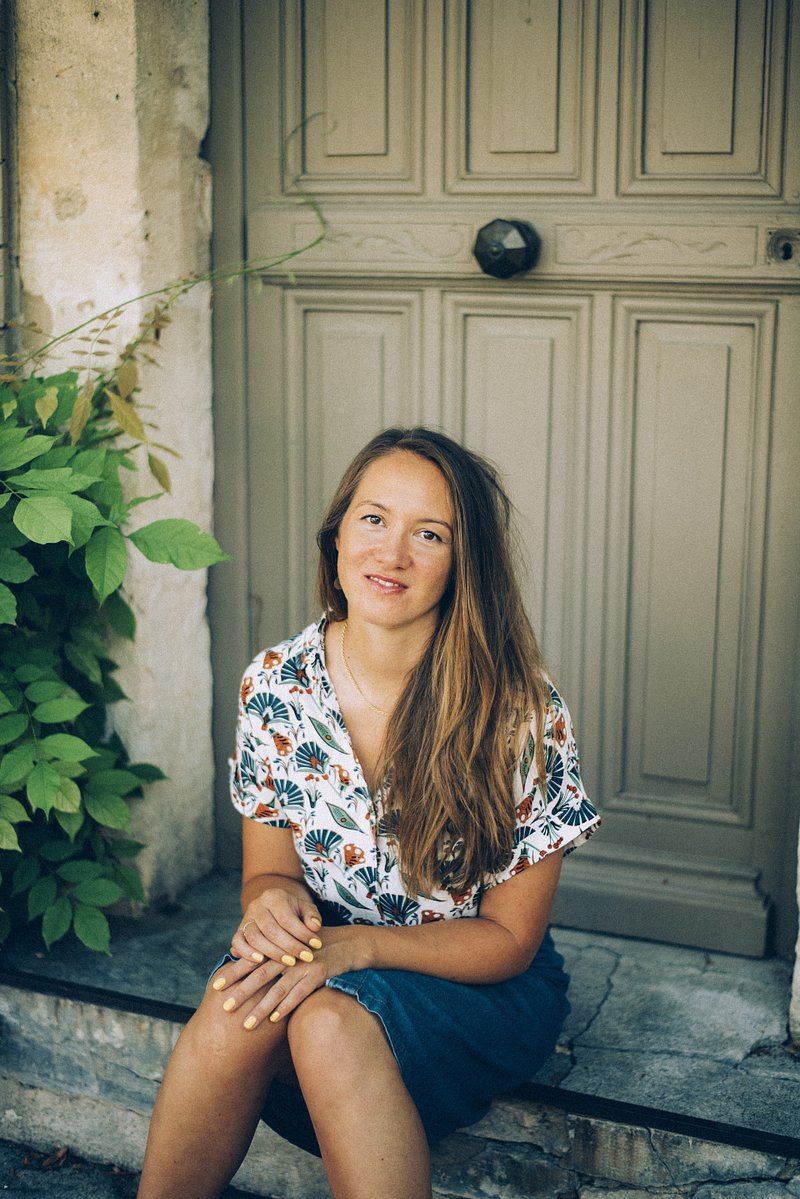 On the topic of languages and forms of expression, let’s look at the latest collaborative album of yours, ‘Ich Liebe Dich’. It’s kind of uncommon to make “pop” music in vernacular, so what did it offer you? How did it constrain you?

At the beginning it mostly was about friendship. The first lockdown happened when I was visiting Switzerland, so the borders were closed, and I had to stay there for a bit. Two friends, Dino and Julian, who are both singer/songwriters, everything we had planned for that year started to disappear. So we just got together, spent some time together and sat there with our guitars, waiting, and then just wrote one song after the other. It was a lot about friendship, going back to the roots, going back to our country that we had maybe dismissed or neglected because we were running after our careers or otherwise. And in lockdown we were back, almost living back in our parents’ houses, and it was very touching to back to, just to the beginning in a way. And because we are three singer songwriters there was just this effect of, whenever someone had written a song, the other two would be challenged to write another one, and there was this energy! That’s the really great thing about collaborating, and it makes you a better musician I think.

I had a really interesting discussion with two people I met quite recently about the processes of wanting to define yourself outside and apart from your home country and culture. You’re trying to establish who you are as an entity or identity to yourself, and only once you’re older you often return to that and find that there’s  a comfort and familiarity in the way people use language – we specifically talked about names and people pronouncing your name right – but just in general the feeling of coming ‘home’ to this communal story, the communal language and food. Do you find that this album gave you that, to connect to that familiarity and the comfort of a communal language? Does that resonate with you at all or am I just waffling…

No that definitely resonates. I mean there are two parts to it, on one hand it was reconnecting and on the other it was redefining that sort of ‘home’ and ‘heritage’. It’s like moving into your parents’ house but they’re gone and you change everything inside. It’s still the same house but it’s for you to define what it is. And we were like: “Let’s make the Swiss German record that doesn’t exist but we would love to have. We need to make it because no one else is going to make it. If we say ‘Swiss-German music is empty and there are no records that we like!’ then we should make one or at least try to achieve to fill that space. We might fail and maybe we have failed, who knows, but we didn’t hide away, we tried to make something out of it.

Okay one last question because I know we’re running out of time. I’m cheating because it’s basically two questions in one. I’m curious as to how you see your own music journey: do you see a clear narrative in terms of the themes you’ve tackled, and how you have developed?  And where do you see yourself going next?

No I’ve never really had a strategy or plan, I just respond to what happens around me, a lot of it is coincidence I guess. I don’t really know, I think when you’re a singer/songwriter, because that’s what I would say that I am, in the end you look back at your life and it seems like you only just make one song after the other, and it’s only at the very end that you can see the red thread. So I’m just going to continue making songs, that’s what I do.

And in terms of, what can we expect next from you?

For Luxembourg, you mean? Well, the cool thing is about our upcoming tour we have a choir! I wrote a partition for Halluzinationen my last album, and we found a 5-piece choir who will be travelling with us. So that’s going to be a new experience for me too!