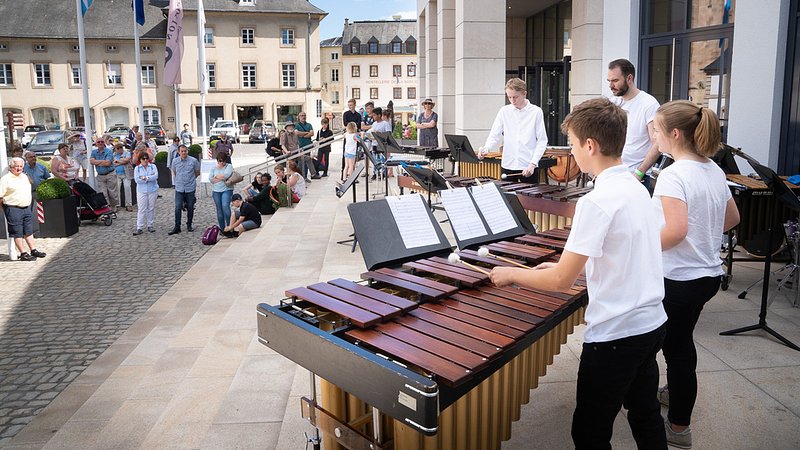 The 20th edition of the music festival will last eleven days, and all concerts will be free of charge.

The "Fête de la musique" was first brought to life in 1982 by the French minister of culture. The actual event was held on 21 June that same year, and ever since, many countries have picked up the tradition of hosting free live concerts on an annual basis. By now, more than 500 cities are known to hold comparable events, including the Grand Duchy.

This year's edition of the national "Fête de la musique" will take place from 11 to 21 June. As tradition demands, the line-up is made up of a diverse mix of various musical artists, including both experienced and upcoming performers from Luxembourg and abroad.

Municipalities, such as Clervaux, Echternach, Schengen, or Luxembourg City, will thus organise live shows, where people may indulge in pop, rock, jazz, folk, swing, or anything from the wide spectrum of musical genres.

Two new members have joined this year's organisation team: the municipality of Mamer and the Association for the Support of Immigrant Workers (ASTI). Same as last year, Luxembourgish Music Association UGDA will again organise a flashmob, this time entitled "Smile is contagious".

On 18 June, several stages will be spread across Luxembourg City, including locations in Kirchberg, Eich, Dommeldange, Weimerskirch, Beggen, Mühlenbach, and, for the first time, Mansfeld Park and Clausen. Fonds Kirchberg, Asti, and Café de Gudde Wëllen will be in charge of the programme. It has already been announced that one act will perform a live show on top of a mini bus.

In Dudelange, the festival will last for four days (17 to 20 June) and focus on rock concerts. At the same time, gospel and classical music will be played inside the local church. In Kayl/Tétange, the festival will run under the motto "Music Buzz", which, among other things, envisions that residents play music from their windows. In Echternach, ten concerts will take place on 20 June. The municipality will further organise participatory activities, such as karaoke. In Mamer, 20 concerts will be held from 18 to 20 June.

For further information on the festival programme, please consult this link.