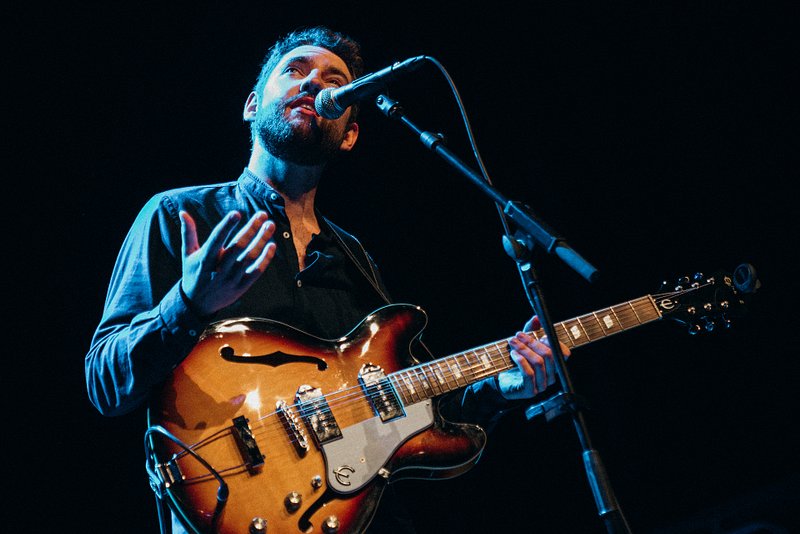 Luxembourg-based Josh Island is releasing his new single ‘Fire In You’ on 13 November, the first track off his upcoming EP. Along with a contemporary dance music video directed by Ben Andrews, set in an industrial steelwork factory, which premiered on Thursday evening.

The song, a rock-driven, tribal-like love anthem is a call to every person to find solace in one another’s hearts, to withstand life’s distresses and to cherish the people we love. Under the surface, however, it is also a song about mental illness and anxiety disorder, managing and coping with worrisome feelings in a time of uncertainty, as this health crisis has presented.

Josh Island has been touring non-stop throughout Europe over the past four years, playing close to 300 shows across the Benelux, Germany and the UK, including supports for James Morrison, Mighty Oaks, Charlie Cunningham and Alex Vargas.

The music video showcases a powerful dance choreography at the industrial site of Terres Rouge, an old steelworks site in the south of Luxembourg, strongly contrasting the elements of cold, pale concrete with human warmth and love.

The video was conceptualised and directed by Ben Andrews and Crossfire Agency, whose work with Monophona, Seed To Tree and many more is well-known in the country.

In an adventurous journey, Josh Island recorded 'Fire In You' with renowned Portuguese producer Nelson Canoa in August of 2020 at his studio in Torres Vedras, nestled between picturesque wine fields and cafeterias an hour north of Lisbon. It is rare for a Luxembourg artist to record his music in Portugal, but Canoa’s work with international pop, jazz and world music acts (including Sara Tavares, Martim Vincente, Carminho, Pablo Alborán, Yami)  meant he was the right person to record and produce Josh Island’s EP.

“We immediately vibed and understood each other on a human and musical level. His experience meant he would push me in getting the most out of my performance in the studio, solidifying my guitar playing and pushing emotion out of my vocals. His proactive way of working is something that did me well,” says Josh Island.

But the two weeks were all but a holiday: “I stayed in a little apartment on the coast, a beach that frequently hosts European Surfing Championships. I expected to at least have the weekends off. But no, I ended up not being in the water once and working until 2 am on some evenings. It was stressful but beautiful: I came only with ideas and left with five full songs.”

Prolific session musicians from the Portuguese music scene were involved in the project, including Miguel Casais and Rui Pity from the band Black Mamba, as well as guitarist Guilherme Marinho and arranger Luis Figueiredo, who is known for his colourful orchestral arrangements, including the track 'Amar pelos dois' by Portuguese Eurovision-winner Salvador Sobral.

'Fire In You' is the first song of Josh Island’s upcoming EP, coming on 26 February, 2021. He will showcase the new production with a release concert at Opderschmelz Dudelange on 27 February, 2021.