Francisco Fernandez and his band The Ferocious Few have spent the last sixteen years playing major festivals and shows in Northern America. Now they are launching their music in Europe.

Francisco Fernandez will be playing several solo shows at the Culture Bar in Luxembourg City, and one show at Bei Der Gare in the month of October.
The Ferocious Few is made up of Francisco Fernandez along with drummer Daniel Aguilar. European drummers include Jeremy Black and Felix Ritz.

The band started out busking in 2005 and playing small shows in California. Their groovy rock riffs quickly led them to play some serious venues, including The Great American Music Hall and Saratoga Mountain Winery. They broke into the rock scene two years later when opening for legendary Steve Miller and Joe Cocker.

They also showcased at Coachella, SXSW, Burning Man, Noise Pop and many more. Frontman Francisco has also toured solo all across the USA with a stop at the Beatles 50th Anniversary concert in New York to co-host and perform at the iconic event.

The band recorded an album during lockdown, but an EP, called Vamos, was already released in March, which is now available at shows.

Francisco Fernandez is currently living in Germany, exploring the European music scene and growing his fanbase in Luxembourg. 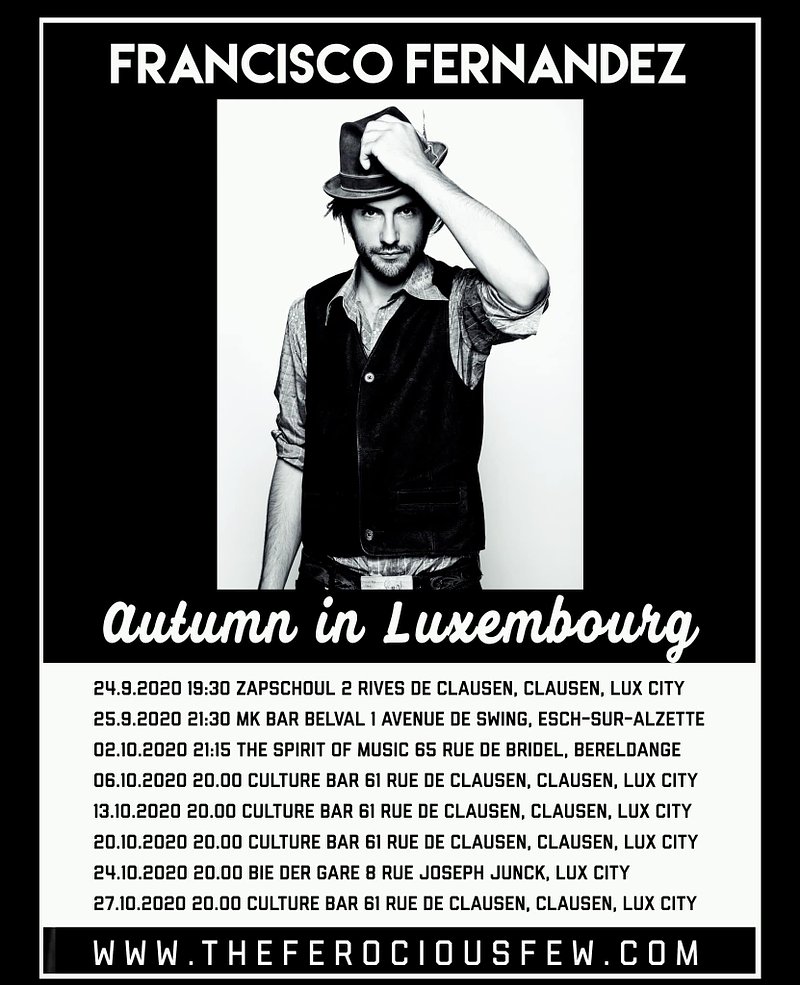