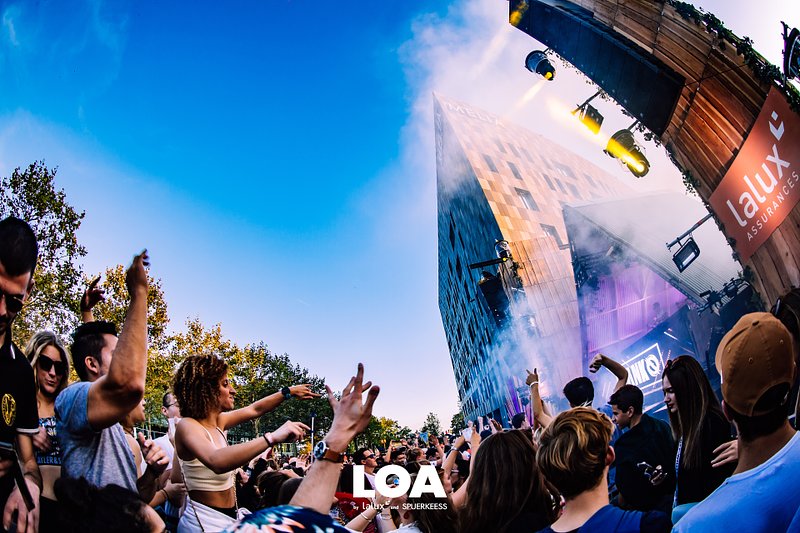 The Luxembourg Open Air Festival will be postponed to 24 and 25 April 2021 due to the pandemic. The festival was meant to take place on 12 and 13 September.

The organisers of the event explained in a statement that they "decided to postpone the music festival LOA from 12 and 13 September 2020 to 24 and 25 April 2021 in order to guarantee the health and safety of the visitors, artists and staff at LOA."

The postponed festival will host the same line-up and headliners that were scheduled for September 2020. "All the amenities will remain unchanged, visitors will have the same experience they were supposed to have in September," the statement reads. Headliners include Quintino, Michael Calfan, Justin Mylo, Danko, Smack and Iceleak.

Tickets that were purchased for 12 and 13 September will remain valid for the festival on 24 and 25 April. If you're unable to go to the festival in April but already purchased a ticket, you have the option to change the name on the ticket until 31 December 2020.

The organisers added: "The whole team has been working incredibly hard over the past months and was convinced LOA could take place in September. However, in light of recent developments, maintaining the festival was no longer possible, nor responsible. The health and safety of everyone at LOA is and always has been the top priority of the entire organization. The team will now focus their whole effort on making sure that LOA can open the festival season in April with an absolute Bang!"