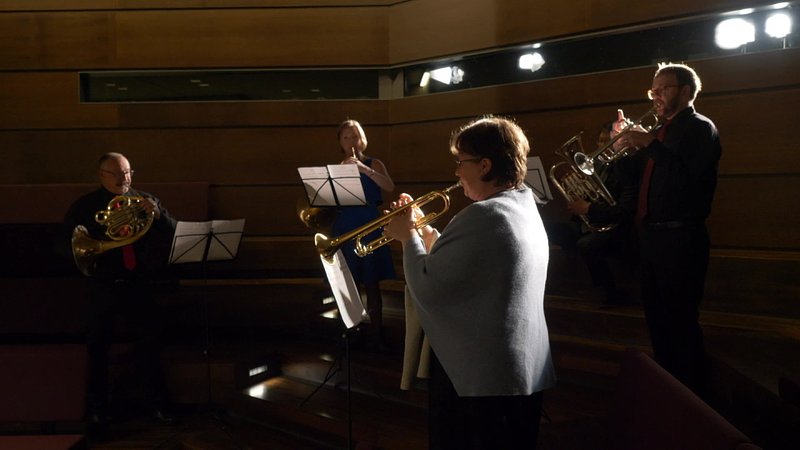 National Day was celebrated a little differently in 2020, with many festivities cancelled due to the health crisis.

The traditional fireworks, Te Deum and cathedral celebrations were cancelled, but many Luxembourgers took the opportunity to celebrate the 23 June in their own way.

For a wind quintet belonging to the Luxembourg Philharmonic Orchestra, this year was more special than most, as they celebrated their first National Day with Luxembourgish nationality.

The quintet, which is formed of Heather Madeira Ni and David Hall on the trumpet, Kristina and Kerry Mascher-Turner on the French horn and Leon Ni on the euphonium, were joined by baritone opera singer David Pike for a special rendition of the Luxembourg national anthem "Ons Heemecht". The new formation of the anthem was arranged by Kerry Turner.

All four of the six recently received Luxembourgish nationality (three are members of the OPL) after living in the Grand Duchy for many years, and expressed their joy at honouring their adopted country through their musical talents.

After two months of lockdown, the quintet required a brief practice to get used to the new arrangement, before launching into an emotional rendition of the anthem.