Flourished out of his first project, "The Nick Sober Experience", Nick Sober has put out an album as ANANDA GROWS with what he calls "Music for the soul", floating between jazzy, experimental, chillout and electronica.

The album was shaped by a collective working approach, meaning Sauber loves to invite guests to his studio. The result is an eclectic, adventurous album, out now everywhere. RTL Today's Josh Oudendijk caught up with ANANDA GROWS to chat about his love for different sorts of music, the importance of a good team, and bringing the show to the stage.

Nick, is it even possible to place "in Hülle und Fülle" in a specific genre? Are genres still a thing today?

I grew up in a musical environment and always had access to various musical genres through my family. I simply love to discover all kinds of music and I think each genre of music gives a unique impression and inspiration on it's own. I think this influence is naturally reflected in my music. In general you can describe the music as Crossover Jazz because the music is inspired by several music genres, but I personally like to define it as "music for the soul".

Both the artwork and video of Greetings from Inner Space come across to me as presenting a world with lush, ever-lasting resources. Is there a message you're portraying here?

The music video was directed by Stefania Buzatu, who is based in London. This specific technique that she uses for this video is called "infinite zoom collage", consisting of image collage landscapes that flow into one another and give the impression of moving beyond time and space.

I don't know if we wanted to get a specific message across. But I think the pictures have already been chosen so that they offer enough space for projection. I think the most interesting thing about this music video is to explore what these pictures and music trigger in yourself! In any case, I can always discover something new in this work and I am very proud of what Stefania Buzatu and myself have created together!

The cover artwork is the balance to the music video where you can find peace again in the origin of all creation, illustrated by artist Yliana Paolini Hinna. 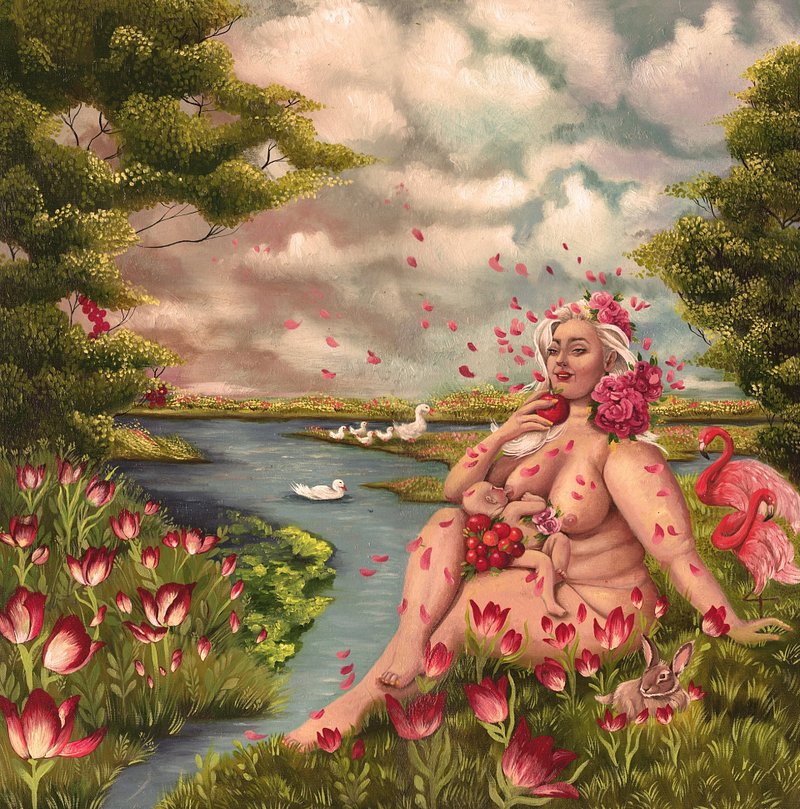 The album cover of "in Hülle and Fülle" /

Did ANANDA GROWS start out fully in quarantine, or was in the making for much longer before?

ANANDA GROWS started as a solo project called "The Nick Sober Experience" in 2018 with a live set in which I looped, sampled and overdubbed with a few instruments and a laptop. I played several shows in Luxembourg but after a while I went back to the studio because I wanted to focus more on music production and composition. So I started an intensive research by doing this album. I decided to change the name because I wanted a name which describes the music.

Do you already have an idea how the album will work in a live setting once concerts are permitted again?

During the development of the album I started to dream about a full band. Indeed I played most of the instruments on the album myself. I will need support for the live setting! I can already say that I will share the stage with very talented musicians from Luxembourg and Germany, and I am very excited to see where the journey will take us musically. We are currently preparing for an album release party scheduled for next fall and there will also be a limited edition of the album, at least for vinyl lovers.

You had a great team of fellow musicians and producers around you. Have they had an influence on the direction this album would take?

Yes, I had/have a great team of musician colleagues, producers and friends around me and they have a huge impact on me as a person and musically. I met Jakob and Paul (both known from the band Fatcat) as I studied in Freiburg, where we have already played together in various projects. Paul Andrew is just a fantastic saxophonist and improviser and adds a jazzy dimension to the album, he makes a big contribution to the album and you can hear him improvising over three songs. Jakob Jung introduced me to the world of music production and the art of sampling.

Together with Jakob and a cracked Ableton Live 8 Version I took my first steps towards music production by experimenting with sound recordings for many nights, philosophising about music and producing hip-hop beats. This is where my ongoing enthusiasm for music production began, which gradually led to an album that was entirely produced by myself. Producing and sound design was my personal main focus while working on this album. NICOOL (lux rapper) can be heard with her lyrics on the song "My Way". We have already worked together on her latest album "Den Ufank Vum N" and are currently working on new music together!

So this musical exchange has been going on for a while and we support each other as much as possible, which provides a breeding ground for creating new things because of this interaction, and that's super important to be creative.

What are your future plans for ANANDA GROWS?

I am definitely curious to see how the project will develop in a band and would like to continue my studio work as a producer. I'm currently very interested in working with other artists and gradually releasing a few singles, and maybe next year a new album? Haha, we'll see!

You can purchase the album on Bandcamp and listen to it on your favourite streaming sites. 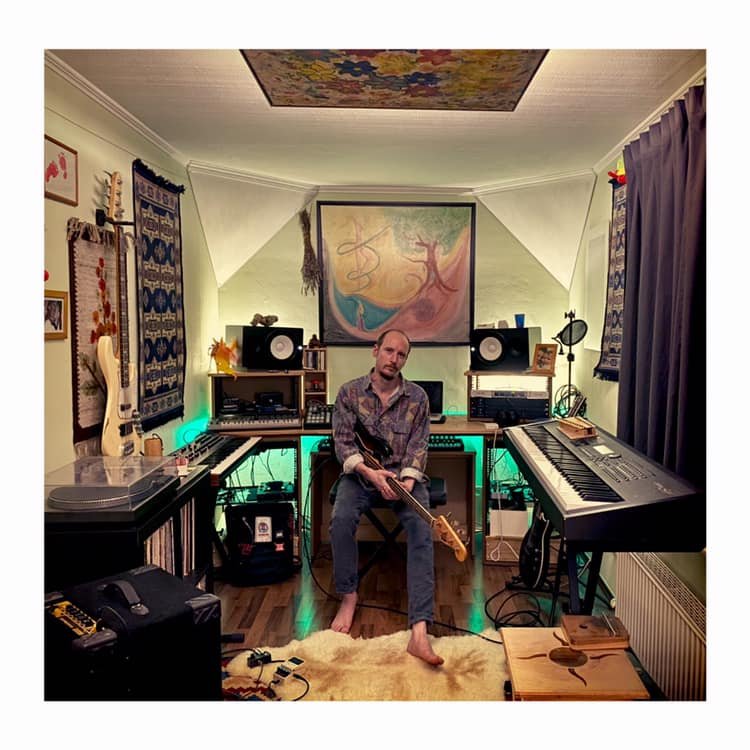