The Dutch indie/rock.disco/pop band are playing Rotondes on Saturday 14 March and RTL Today catch up on the instability of the future and the surety of now - and coffee, lot's of coffee.

Koen: a man of coffee, creativity and a penchant for musical communication. With a Flaming Lips collaboration and as the first Dutch band to play Coachella, Klangstof – a crosscultural portmanteau pairing the Norwegian ‘Klang’  meaning ‘reverb’ and Dutch ‘stof’ meaning ‘dust’ (which hints at the sound they produce) – envelop you in a deep, synth-drenched hug.

With music that inspires introspection and a bit of shoe and or skygazing, after a first appearance at Siren's Call Festival in 2018 Klangstof return for another show to the 'Bourg, they are now touring after releasing their second album “The Noise You Make Is Silent”.

Here is what Koen had to say after thankfully fitting me into his busy tour schedule.

I know this question may very well haunt you throughout your career, but how was working with The Flaming Lips? The song is rather low-key, something I would not have expected for a collaboration with Wayne Coyne. Has the experience left any noticeable impressions?

I don’t think I’ll ever see this as a bad thing to be honest. The collab with Wayne will always be one of our proudest moments as a band. Wayne has been very supporting ever since we went on tour with them, and doing this song together just felt like icing on the cake!

The Vondelbunker, the abandoned warehouse – what draws you to a recording spot, how do you find them?

We’ve never been a big fan of studio environments. It all looks the same and it usually sounds good. But that’s boring. Trying to work in a place that doesn’t sound perfect makes us work harder.

The first album was the result of an eight-year long, solitary exploration where you could dedicate as much time and energy to music production as you wanted to. How does this compare to the new pressures of a) working with others and b) with a record label?

Recording the first record never really felt like a job. I was just learning how to record music and play all the instruments I wanted to have on the record. And that process is something you can clearly hear when listening to the album. With this one it was different. All three of us had already grown so much and have been working full time as producers and songwriters ever since the first album came out. From a technical perspective, it all becomes way easier. It was just that being creative became a lot harder. Having a big label behind you is great, but the pressure is pretty hard to deal with. We had quite some ideas about how we wanted the album to sound, but convincing the whole team was pretty tough. Especially when you have to tell people that there won’t be a ‘hit’ single on there because we don’t fucking care.

As someone who grew up in a place where my mother tongue was not the same as the national language (and many Luxembourgish residents can relate), I am always intrigued by artists who write in English even if they hail from different countries. I know this is partly just because most music is in English, but does writing in English feel natural to you? Is it how you can express yourself best, or are there ever any struggles with expressions or translations, sayings that are specific to Dutch?

I’ve never really listened to Norwegian or Dutch music. So musically I feel like English is my mother tongue. But the hardest part is the vocabulary. I’m not someone who browses through dictionaries looking for words. It all has to come from me. And I sometimes feel like I use the same words over and over again. That can be pretty tough. But for the new record, I’m actually extremely happy with how the words turned out.

I’ve caught you at the beginning of your tour – do you ever have any expectations when it comes to the future? From yourselves, from the crowd maybe, from the experiences you hope to gain?

That’s a tough one. We expect a lot from ourselves. I can be a wreck if I mess up a show. Being angry for a few days straight. But I’ve never really seen it as a bad thing. I usually know what I did wrong and will fix it as soon as possible to not go through this endless loop of messing up and being sad.

When it comes to the future, I just hope that we can make great music for at least 20 more years. Having people show up to the shows is a great boost, but it should never be the reason to do all this. Also because it’s pretty scary when you rely so much on other people’s opinions.

On that note, I’ve often heard touring described as this strange combination of extreme adrenaline, chaos and general frenzy, while at the same time draining and lonely in that you are never “home” and always around new people. What are your thoughts on this?

It takes some time getting used to tour life. You spend all day alone or with your buddies in a hotel room. You go the venue to perform. You sign records for an hour and go back to the hotel. The thing that makes it weird is the big difference between starting your day and the extreme adrenaline rush you go through when on stage. I think that having a great crew and band around you makes it all doable. For me “home” is where my best friends are, and usually they are on tour with me. 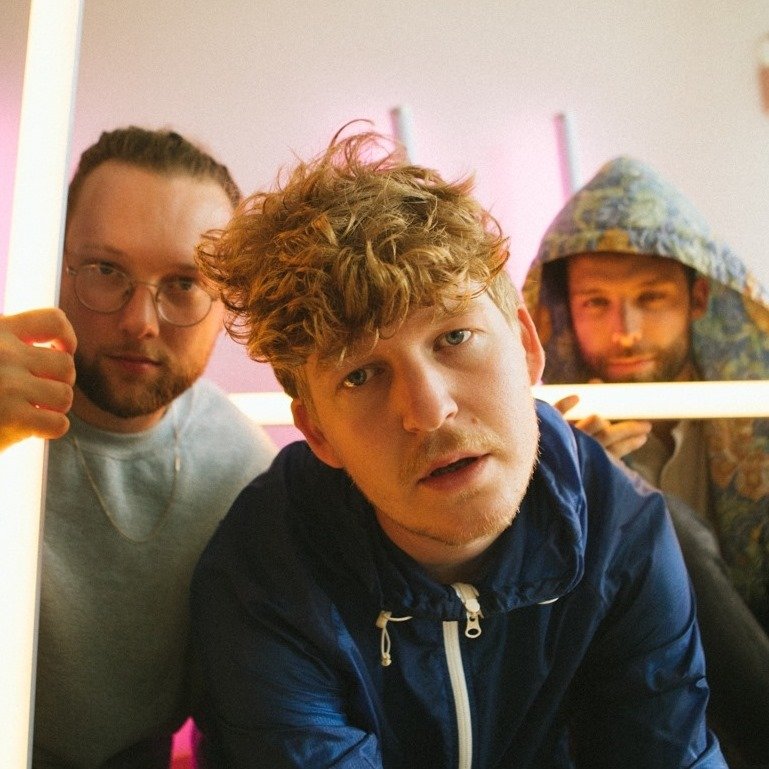 Do you think about the future a lot – in terms of career or maybe even in terms of the world, the environment, take your pick – or do you generally keep your focus on the present?

The future has always been a weird term for me. When people say they’ll do stuff “in the future”, it usually means that nothing will happen. I feel the same way about the environment. There are so many things that we should change right now. Basically everything. But it feels like no one is following the rules because it’s a “future” thing. Scary stuff…

Do you feel musicians have an obligation or responsibility to audiences, such as writing about certain emotions or providing a (musical) safe space? As such, do you ever feel like there is something that needs to be addressed in the music sphere that often goes unnoticed?

Making music for me started as a way to communicate. I moved to Norway when I was 14 years old and not speaking the language made it really hard for me to connect with people. So that’s why I started doing all this. I would still rather sing about my issues than talk face-to-face with someone about it. It has become a natural way of doing things for me.

What is something you really wish people knew about you, or about the industry?

I’ve hidden all my deepest fears and problems in the music. It’s probably still not something people will understand straight away, but I’ve pretty much told everything I wanted to tell.

There are always a few things I want people to know that I just can’t tell. Either because it’s too hard on me, or too hard on the industry.

Final question, let’s scale it back. Do you have a favourite de-stress drink, and why is it this? (Mine is tea. All tea, any tea. What can I say, I'm British)

I love to scale back for this last one and take my time to think about this. I can’t live without my coffee. I can easily drink a few litres every day and still get good sleep. My friends always tell me that I’m a machine when it comes to my coffee habits. Haha!