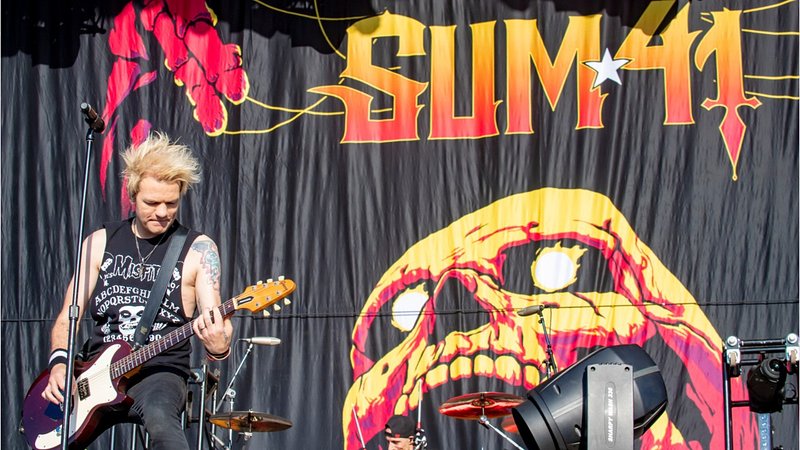 Sum 41 have cancelled two shows in the French capital following the detonation of an explosive device outside one of the venues they were due to perform in. 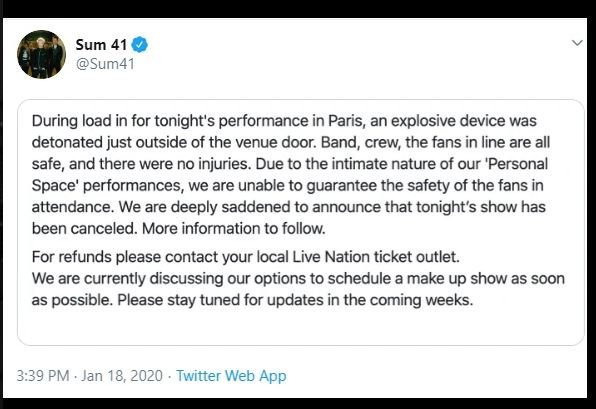 Reports via Loudwire confirm there were no injuries following the explosion but representatives for the band have confirmed that the shows were cancelled on order to ensure the safety of everyone.
They wrote vai a now deleted Tweet: "During load in for tonight's performance in Paris, an explosive device was detonated just outside of the venue door.

"Due to the intimate nature of our 'Personal Space performances, we are unable to guarantee the safety of the fans in attendance."

The intimate venue, Les Etoiles - meaning The Stars - was created as a "café-concert" in 1882.

And according to reports on the UKK website MailOnline, the explosion was firecrackers, thrown by protesters marching against the pension strikes.