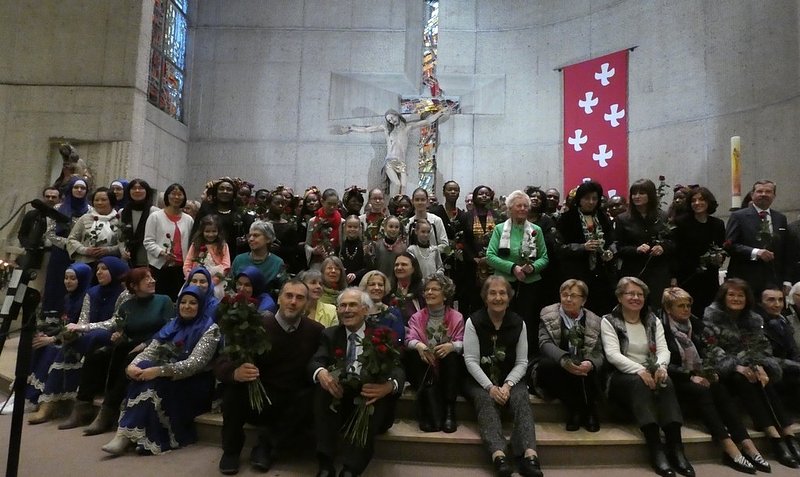 The performers of the 2018 concert.

On Sunday 31 March, the world religions' concert will be celebrating its 10th birthday. The concert serves as a multicultural platform building bridges between different countries, cultures, and religions - all through the art of music.

The concerts are mainly organised by AGIR - Action - Inter _religions, an inter-religious working circle which predominantly focuses on peace. The project was born in 1992, a year after the outbreak of the Yugoslav Wars.

The concert is especially extraordinary in showcasing the diversity of Luxembourg's residents and religious communities. Representing Luxembourg's Christians, Jews, Muslims, Baha'i community, and Buddhists, the concert showcases all these different musical traditions to inspire each other and listeners.

The concert includes Saif Al-Kahyyat, a maestro of the Oud (an Arabic lute), a gospel choir, the University of Luxembourg's choir, and Stefan Reil, an accordion player. 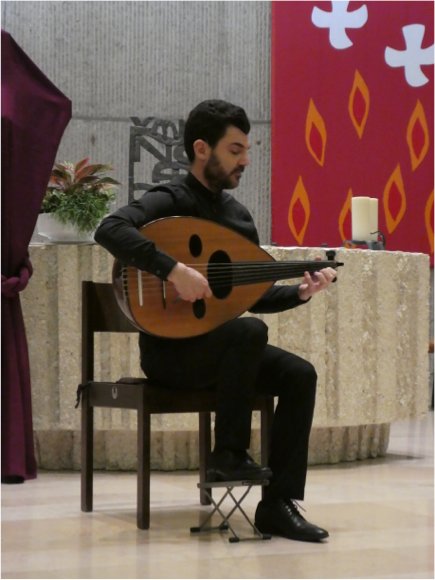 Saif AL Khayyat, an Iraqi Oud player, will perform at the concert.

The concert will take place at the Luxembourg City synagogue (45 Avenue Monterey, L-1811 Luxembourg), is free, and begins at 3pm on Sunday, lasting until 5pm.

PDF: poster for the concert