Go By Brooks, a melancholic quintet from Luxembourg, recently released a video to accompany their emotional single, Broken.

Inspired by the works of Leonard Cohen, the band have settled on a newly found balance in the light and the shade.

Recalling Paramore and Evanescence, GBB have come a long way since their debut EP 'Lights' which was released in 2015. A second EP, 'Oceans', followed in 2016 and since then the band have been touring and recording.

Their new single Broken details a young couple trying to retrace their steps following a minor altercation that could be more serious than first appears.

"Can't you see the cracks are open?" - Broken

Gaining a decent live reputation both in the GD and the greater region, the band are set to release their first full length record later this year.

Another Flame has been recorded and mixed by Werner Pensaert at Linster Studios in summer 2017 and 2018, and mastered by Gert Van Hoof at Cochlea Audio Editing and Mastering.

The record will be released on Saturday, 8 December at KUFA in Esch.
Doors will open at 7.30 pm.

The first part of the show will be performed by The Tame And The Wild at 8.30 pm, Go By Brooks take to the stage at 9.30 pm.

Get your tickets here: 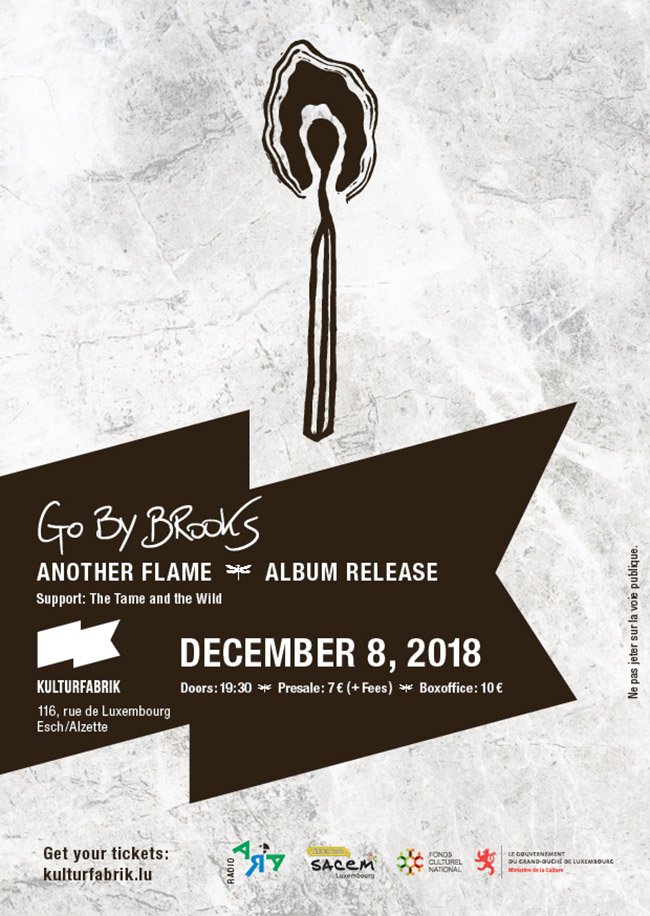