Saw, you would think has not so much flogged a dead donkey, but instead made said donkey work out some odd puzzles and get trapped in tortuous devices.

When the first Saw came out, I have to admit to being terrified. The central conceit was scary enough and a sequence lit by flashbulb was unbearably tense.

Since the first film was released there was a slow descent into a gore-splattered non-fright fest that often ended up lampooning themselves far more regularly than Scary Movie-esque 'comedies'. With each iteration the once-interesting story would go on to become far too convoluted and served only as a means to place elaborate set pieces ahead of buckets of blood.

If you've the stomach for it, you can watch the opening sequence here.

Eli Roth would take on Leigh Wahnell and James Wan's template to make the still-startling Hostel, before that too jumped the pig-faced shark. 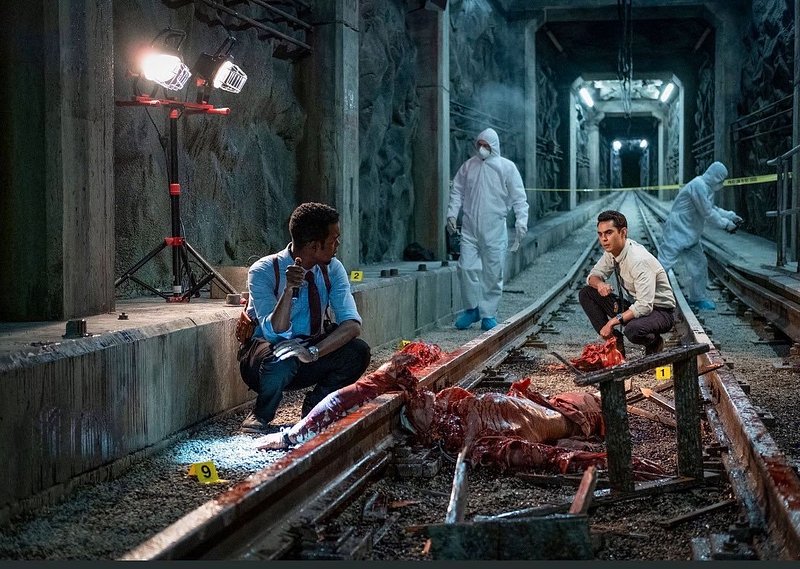 Here, Chris Rock stars as police detective Zeke, in the first Saw movie to move from the strict horror template. This Saw is more a gritty crime thriller in thrall to Se7en rather than John Kramer's original themes of crime and punishment.

Zeke, in a department that is not so much full of rotten apples, as it is one giant rotten-some, is receiving packages from an apparent Jigsaw copycat killer.

As cops start being picked off, one-by-one, we learn about the history of Zeke and the department’s dodgy past.

There are moments of white-knuckle terror in the 90-minutes-plus run time, but it is once more a case of been there Saw that, as the traps are rolled out, the twists trio over each other and some really dodgy flashbacks mess up the narrative.

Rock and a game Samuel L. Jackson do their level best to bring this above stock sequel standards, but neither are especially stretched by a script that lacks the chops to take aim at, say, police brutality, or even popular culture's turning a blind eye.

Spiral is worth a punt at the cinema, as the scares in a larger screening, late at night, will add some chills. Just don't go ion expecting a game changer.

Spiral: From The Book Of Saw is out now and you can find information and Kinepolis film times by clicking the poster below. 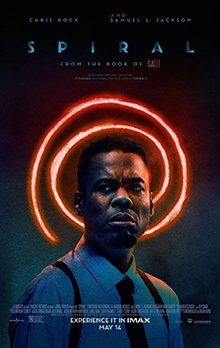