RESET from Vitùc on Vimeo.

Eric Elter and Vito Labalestra take a look at the psychological aspects of living through lockdown, whether that be enforced by Covid-19 or indeed by own conscious.

"In our film, the protagonist is faced with a health crisis that has lasted too long", says filmmaker Eric Elter of a character that has a shade of the Bickels about him. "He lives alone, confined, isolated, locked up like a larva in his cocoon. He seems disoriented and seems vulnerable."

This short piece made by Vitùc was first released in mid-2020 and, as the restrictive measures placed across the Grand Duchy wear on, the themes are just as relevant, if not more so, now.

RTL Today spoke with the duo behind the film to ask how they are coping, as creatives and as individuals, during the pandemic. 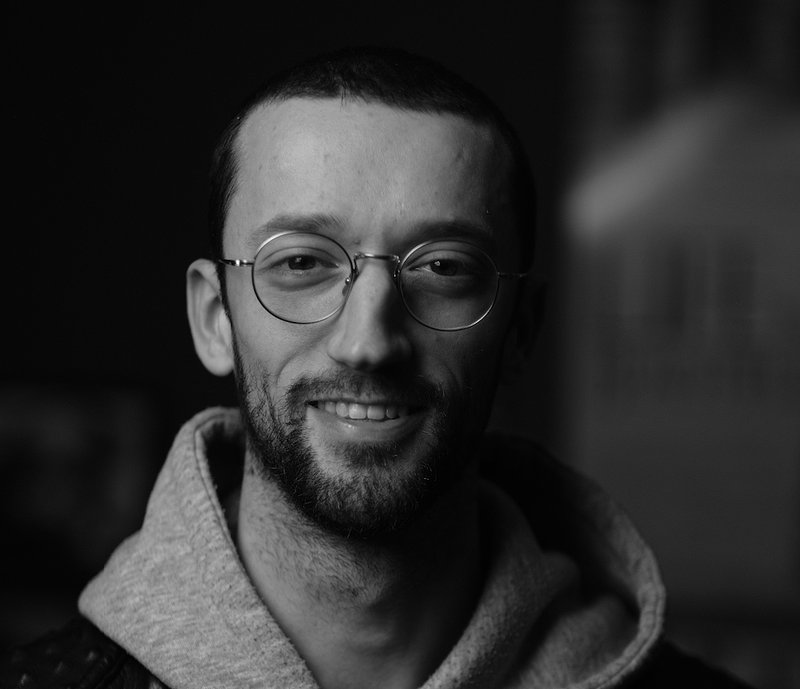 What experience do you have with depression and anxiety?

Fortunately, we have not experienced depression yet. Nevertheless, both of us are aware of the psychological damage it can cause and has caused to close friends and family relatives. The lack of social interaction is, in our opinion, the main cause of depression and cannot be counterbalanced by alternatives such as virtual connections.

How do you think the pandemic has exacerbated the issue?

We believe that the continued lack of social connection plays a major role in this draining battle. People who have a family are benefiting from the time gained from teleworking, however many others, especially single people, have more time to reflect on the situation and question their own existence, as they find themselves helpless. Do you feel Luxembourg has done enough in addressing mental health issues?

We are not in a position to judge whether Luxembourg has done enough or not but we have observed that we are constantly exposed to negative news, figures, statistics…and all of this increases psychosis and fear among people. We hope that the State is helping to relieve people in need to the greatest extent possible.

There is a focus on the young being particularly at risk... is your film a reflection of that, or rather a comment on the general malaise?

Our aim was to reflect the general malaise, because loneliness affects every person regardless of age. However, we could say that single people or people who are alone are the background focus in the short film, for they are the forgotten and perhaps some of the most vulnerable in this period.

When did you decide to make the film? Was there a specific moment?

The initial idea came right before Christmas, that time of the year which we usually celebrate with family and friends. The impossibility for many to reunite with their close ones over Christmas in 2020 has inspired us to write the script. Our objective was to finish the short film before the new year, because this is a symbolic date for many people on the plane — a time, to metamorphose, to reset, to leave behind the pandemic and to start over with a new vision. As a creative, have you found the lockdown...the past year, to be of benefit to your process, if not your career progression?

Vito Labalestra: For me, everything is source of inspiration and so is the pandemic indeed. The first lockdown inspired me to produce "COV(o)ID" in which I show the emptiness of the streets of Luxembourg. Later, in collaboration with a dancer, I produced "The begining of", a liberating short film which expresses the joy of living, the freedom and the power of short moments in life that can change everything. After that and following the return of new restrictions and isolation came the inspiration to produce "Reset" during the Christmas period. In short, the lockdown has prepared the grounds for three new productions: COV(o)ID (impression film), The begining of (experimental film) and Reset (fiction film).

Eric Elter: I think that teleworking has helped a lot in creating connections and new work places, something which would have hardly been possible in different circumstances.

The ending of the film is deliberately ambiguous, in the sense that the “reset” can be interpreted as either a beginning or an end...one could look at it in a negative way and expect a terribly sad ending, with suicide as the overriding factor, or in a positive way and think that the main character eventually overcomes the problem...

The initial quote anticipates a transformation before actually knowing the matter. The entire film takes the viewer through someone’s inner fight, a situation that many people can relate to. The fact that the protagonist struggles with himself is not negative at all because he’s trying to change something for the better, to get rid of his old and dark self and finally move forward. Every battle has its obstacles. Some can be external, some internal (like mental issues). We often cannot change external factors but we can transform ourselves and build resilience. This positive metamorphosis is visually represented by a butterfly which appears at the end of the short-film. Each person will interpret the film differently but based on the initial quote and the metamorphosis of the butterfly at the end, we can consider the end rather as a positive transformation. What role does the media have in balancing news reporting?

The media have the mission to tell the truth overall and must keep a certain balance of the news content they feed us with. In order to keep that balance, it is essential to cover issues with a 360° perspective and not to overlook other aspects of this health crisis such as the psychological and economic aspects, as well as the after-crisis speech.

What do you hope comes in 2021, will you be making more films?

We hope that we all can come out stronger of this battle and take another approach to life, one that gives us the strength to cope with other challenges that await in the new world.