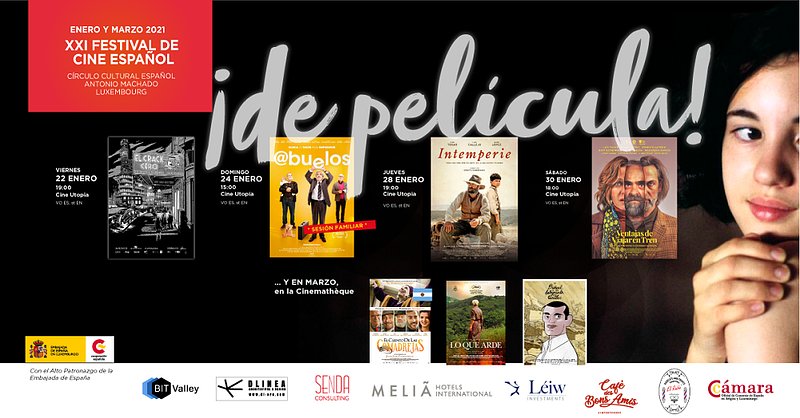 The best of Spanish and Latin American cinema, from drama to comedy.

After two Covid-related postponements in March and November last year, the festival organised by the Spanish cultural centre Circulo Antonio Machado is now finally taking place, hopefully without a hitch!

A total of seven films are programmed, beginning with "El crack cero", a noir comedy by Spanish director José Luis Garci, showing at the Utopia on Friday 22nd January at 7pm. A further three films will be shown at the Utopia until the end of January; in March the Cinémathèque will take over with another three films.

The full schedule is as follows:

Tickets for these can be booked via reservas@circulo-machado.lu.

The dates for the three films at the Cinémathèque in March have not yet been set: