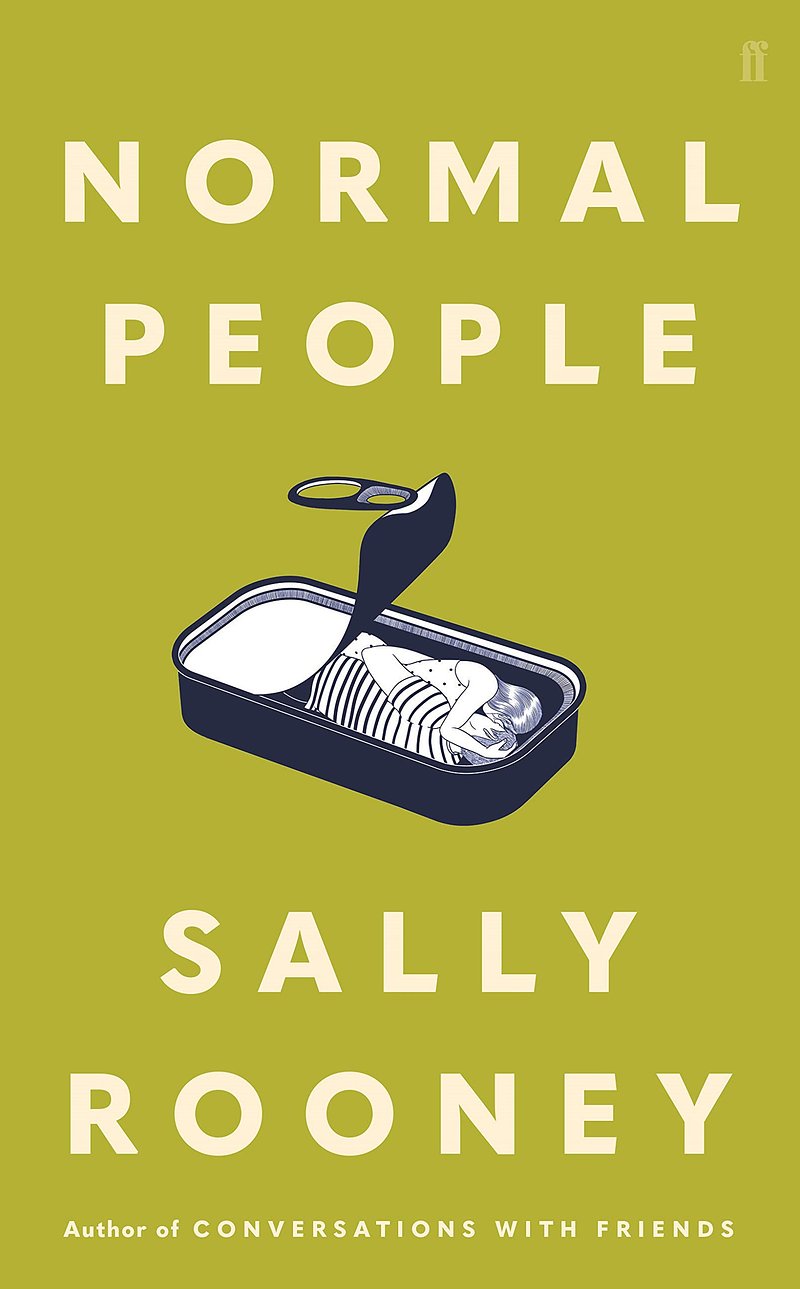 "Life offers up these moments of joy despite everything"

Sally Rooney is a young, up-and-coming author from Ireland and Normal People, which was published in 2018, is her second novel. The novel was long-listed for several awards and prizes, namely the Man Booker Prize and the Women’s Prize for Fiction. This comes to no surprise to me as I thoroughly enjoyed the story and read the book in a couple of days.

The story focuses on the relationship of Marianne and Connell, which begins while they are still in secondary school in the fictional city of Carricklea and follows them up to university in Dublin. Alternating their point of views in every chapter, the story thus spans across several years but leaving some gaps in between the chapters.

The premise of their relationship seems to be quite common in fiction, Marianne comes from a rich but dysfunctional family, she’s unpopular at school to the point where others think she’s weird. Connell on the other side is very popular and has a lot of friends but he is raised by his single mum, who ironically is Marianne’s family’s cleaner, and money is often tight. Despite their differences, they get together and that could have been the end of the story, they put their differences aside and together conquer the world — but that is not the way Rooney decided to tell the story, and to be fair it would have been a lot more boring than what we have now.

Rooney avoids showing the perfect relationship and instead opts for a rather realistic depiction of the struggles of love and growing up. Marianne and Connell constantly face problems in their lives that go beyond their relationship and have to fight to find the life that is right for them, sometimes alone and sometimes together. The story has constant ups and downs but never fails to make you smile again after it has torn you down. Rooney’s playful style is perfectly adapted to the changing circumstances in the book and reminds you that nothing is ever as bad as it seems. I particularly enjoyed that the reader got to see the two different perspectives, as it was interesting to see how two people can deal with or react to the same problem in such distinctively different ways.

The novel works through the transition from teenager to young adult at university and because Rooney avoided to tell the perfect love story, it feels as if the characters are really just normal people with similar experiences like you and me. I think I partly enjoyed the book because I, like the characters, am currently at university and can thus directly relate to their issues and truly imagine what it must be like going to lectures and house parties. However, I don’t want to say that the book is only suitable for people who are at uni now, I think it is an enjoyable read for a lot of people because sometimes everyone needs a reminder that other people are just as normal as oneself.

The book has recently been turned into a successful BBC series, which is now nominated for several Emmy Awards. I did not yet have the chance to watch but friends told me that it lives up to its reputation. If you happen to be in the UK right now, you can find it on iPlayer. Rooney’s first book , Conversations with Friends, is also very good and I would definitely recommend reading it. Just like Normal People centres around the relationship of two girls who also go to university in Dublin. I know that this sounds fairly similar to what I have just described, but trust me it is in fact completely different.