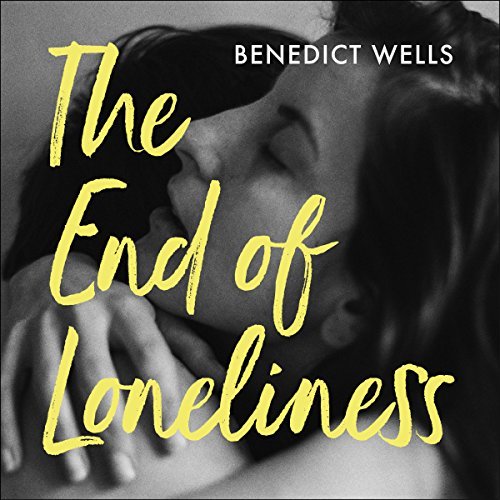 Originally written in German, The End of Loneliness, published in 2016, is Benedict Wells’ 4th novel. His previous books were already very successful and critically acclaimed, so it is no surprise that The End of Loneliness stayed in the German bestseller list for 80 weeks.

I didn’t know Wells before, but after seeing the title while browsing through a bookshop I just knew that I had to read it, so I bought it that same day and finished it within two days. As indicated by the title, the book turns around one man’s quest to find the end of loneliness; but in my opinion it is about so much more. The story follows Jules, who when we first meet him is only a child, the youngest of three. His father is French and his mother German and so they enjoy their summers in France, away from the busy city of Munich where they usually live. The siblings are close, even though they are very different from each other and together they enjoy their relatively carefree childhood together, until a horrible accident, killing both their parents, happens.

The accident turns Jules life upside down, everything he and his siblings know changes from one moment to the other and they have to leave their familiar surroundings and start a new life at a boarding school. The siblings all process the death of their parents differently and slowly start to drift apart, losing the close attachment they had in childhood. The transition is especially hard for Jules, who suddenly is no longer the popular kid in his class and struggles to find his way. Only his best friend Alma is supportive and they form a very deep and meaningful connection. Every time things appear to work out for Jules, another terrible thing happens, his sister vanishes and he and Alma fight shortly before graduating and lose touch.

After school the siblings slowly start to find their way again, each on their own but also together. However, Jules remains haunted by the death of his parents and the loss of Alma. His life is marked by insecurity and the attempts to change this make him restless, he cannot really settle for a career but over and over finds comfort in creative tasks such as writing and photographing. The plot thus follows him from childhood up until his adult life and focuses on the difficulties that arise at each state. In the end I find it hard to say if Jules has found the antidote to his loneliness but that is not really the point anyway, what is more important is that he has learnt to accept it and see the bright sides of life even when his destiny challenges him constantly. He learns that together with his siblings and close friends he can survive almost everything.

I absolutely adored the story, it is very touching because the theme of loneliness concerns us all and I don’t know anyone who has never felt that way. The book shows that it is a universal experience, but one that doesn’t necessarily need to be bad. The writing is extremely touching, I sometimes had to close my eyes for a second at the end of some chapters because what I had just read was so beautiful. I am not going to lie, the story is sad and I probably cried for the, at least, last 50 pages or so.. but the previously mentioned beauty and reoccurring moments of sheer happiness definitely make up for it.

Wells might not offer you the end of loneliness in his novel but what he does offer you is a lot of hope and sometimes that is even more important and valuable than a perfect solution to each of your problems. The story teaches you that life is ever changing and that there can be beauty in sadness too.