Nina (Barbara Sukowa) and Madeleine (Martine Chevallier) are deeply in love with each other. In the eyes of all, they are just simple neighbours living on the top floor of their building. On a daily basis, they come and go between their two apartments and share their lives together. The relationship runs much deeper, however.

Their secret love is kept under wraps until the day when an accident turns everything upside down.

Prejudices, both from the world at large, and closer to home, are raised as the incomprehension of Madeleine's children (Léa Drucker and Jérôme Varanfrain) causes friction.

Filmed with tenderness and shot through with an understanding of love as an emotion not as tradition, Meneghetti's film allows the viewer into the two women's bubble and it becomes clear just how deeply these two women are in love.

"Homophobia is not the subject of the film. What interests me is how to admit that a mother, at 70, still has an active sex life. It is difficult to say that our parents still desire, that their love life is not over," explains director Filippo Meneghetti.

A FILM OF CONTRADICTIONS

"It's a film about contradiction. We wanted to show more by hiding certain things and hide nuance by showing other elements. Basically, the most important things are those that are out of view." Meneghetti thus keeps us at a distance to avoid voyeurism while bringing us into the intimacy of the life of Madeleine and Nina.

These contradictions are what prompted the director to opt for wider shots while filming interiors. "Filming behind closed doors seems counter-intuitive, but it is also a way of expressing the contradiction, of showing the environment and confinement..."

Same game with sound: "It's a film about that which is left unsaid, only the lyrics of the song really mean anything."

"Deux" is co-produced by Tarantula in Luxembourg and the interiors were filmed in the Filmland studios in Kehlen. The two apartments were purpose built there as well as the corridor which separates them. "The interiors are like mirrors of their soul. The decoration of Madeleine's apartment is loaded. This warm place constantly reminds us of the weight that hangs over her. It is a kind of prison. Conversely, the apartment which Nina occupies is completely empty. It’s a metaphor for Nina’s situation, her distress. The walls are empty, the fridge too, you can clearly see that she never slept in her bed."

Head to our Facebook page in order to win tickets to a screening - and don't worry, it's available with English subtitles. 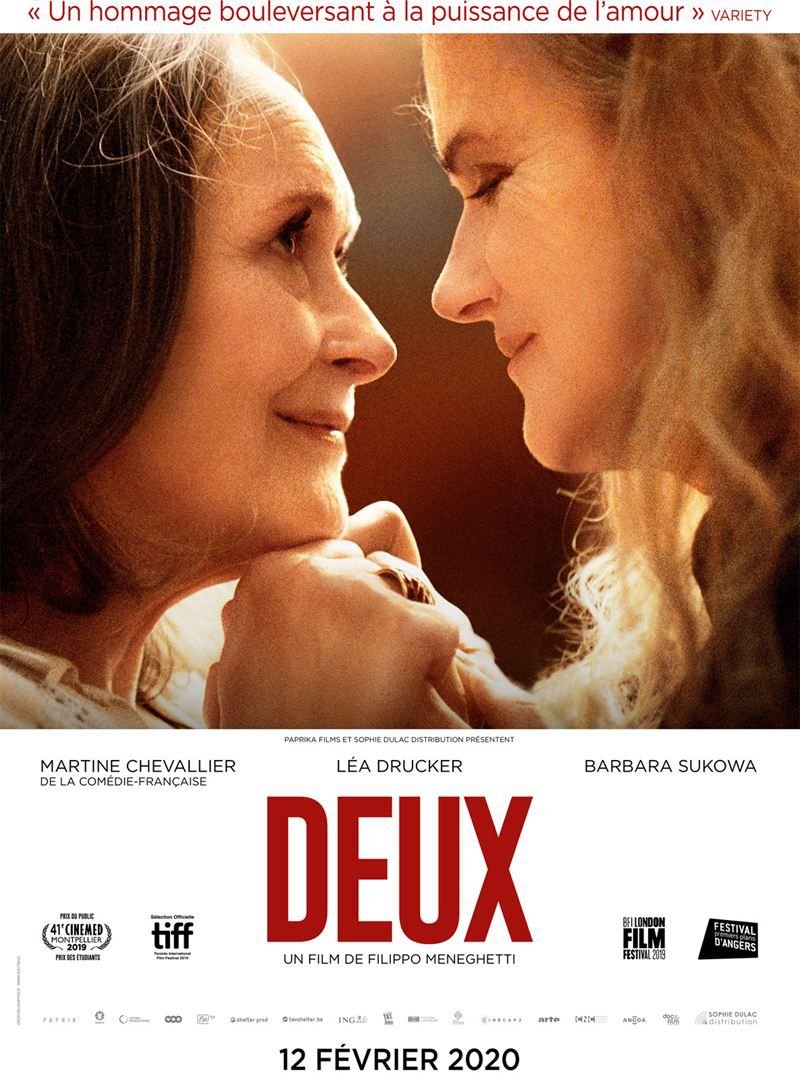