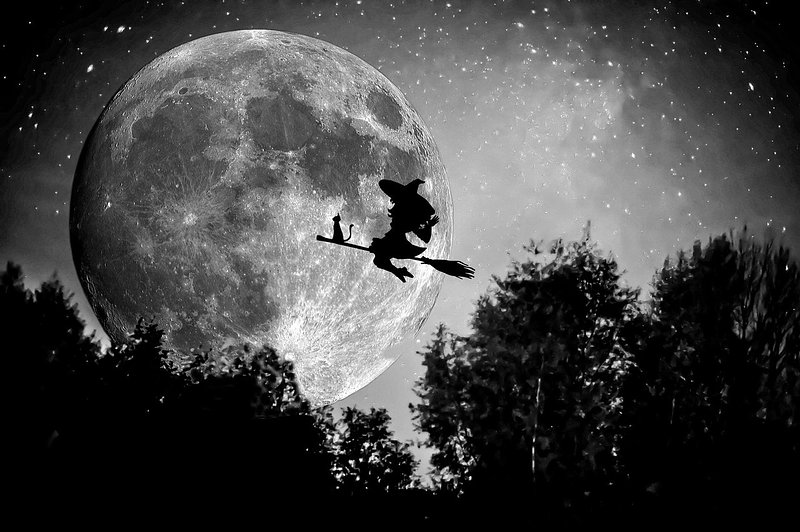 In his series on myths and legends, Gerry Erang explores some of the Grand Duchy’s lesser-known yet enthralling stories. Luxembourg's matchmaking witch helped out lonely singles long before dating apps and self-proclaimed love gurus. 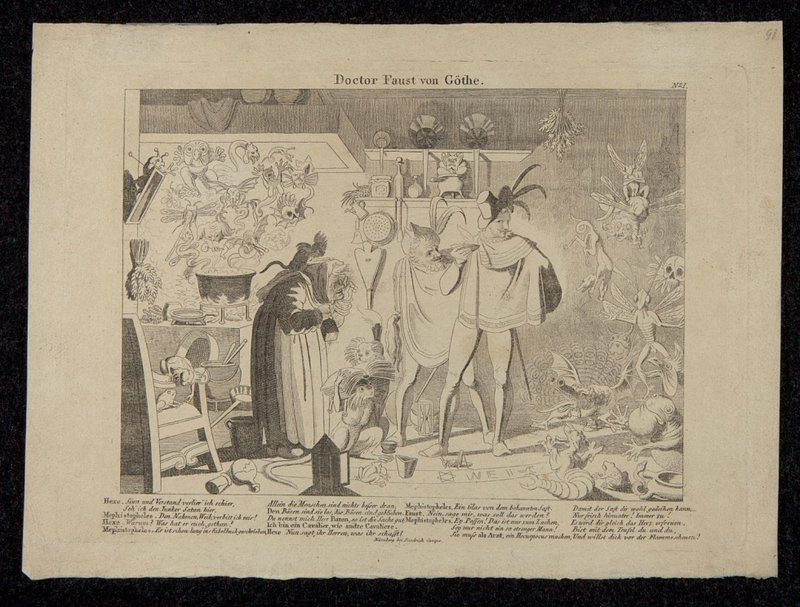 Faust in the kitchen of the witches. / © Freies Deutsches Hochstift / Frankfurter Goethe-Museum

What do witches, lust, and questionable seduction techniques have to do with Luxembourg? More than you may have thought...

Single? Why not head to Buderscheid

Buderscheid (wonderfully called Bitscht in Luxembourgish) is a village in northwestern Luxembourg. It's okay if you haven't heard of it before - as of 2001, the village only had a population of 120 souls. Nevertheless, it is fair to say that Buderscheid punches above its weight in terms of its rich mythological heritage.

There used to be a large pond near the village (close to route de Wiltz), which doesn't exist anymore. Years ago, single women who were looking for a husband allegedly went to the pond and screamed "Piwitsch!" three times. For our English-speaking friends, a "Piwitsch" is a bird known as lapwing or peewit. It is not clear why exactly they evoked this specific bird but, interestingly enough, some sources claim that the peewit symbolises monogamy (because the birds apparently only mate with one partner) and the disguise of secrets (because the female birds hide their nests quite successfully). Countless young women allegedly headed to the pond and followed the unusual custom to find love.

According to some sources, the pond was also a meeting point for a group of merry witches who regularly met up to engage in ritualistic dancing and singing. They liked scaring wanderers and were often seen flying around on their broomsticks.

One of them permanently lived near the infamous pond (cheap rent and no roadworks). She was not necessarily an unpleasant woman but known for her liberalism and sexual openness (which could get you into trouble back in the days). Many young men and women who struggled to find a suitable partner consulted the old woman and asked her for help. She always had a bottle containing an egg and a figurine of Jesus on the cross with her. The bottle possessed immense power and allowed the witch to determine the ideal partner for each person that sought love. Countless young singles found their better halves and lived happily ever after.

The authorities, however, were not too impressed with the liberal doings of the matchmaking witch. Their solution was a pragmatic one: better just drown her and be done with it. They consequently threw the witch into the pond and let her drown. The moment life fled her body, a terrible storm broke out and the pond turned into an eerie swamp.

What's up with a bottle containing an egg and a Jesus figurine?

It is worth pausing a second and elaborate on the symbolism that permeates the story. The witch's mysterious bottle and the curious combination of an egg and a Jesus figurine are particularly interesting in this context.

Eggs commonly symbolise fertility, bodily life and, by extension, sexuality. If we decide to embark on a psychoanalytical road, we could even argue that the egg is a symptom of what Freud called the id, the more primitive part of our mind that contains our sexual drives. The Jesus figurine, on the other hand, could be viewed as a representation of religion and morality - which appeals to our superego, a kind of relative moral conscience that society and official ideologies have instilled in us. The ego, Freud believed, mediates between id and superego. I would argue that the bottle, encapsulating the egg and the figure, allegorically represents the human ego, which, in return, similarly encapsulates the id and the superego.

In other words, the witch is able to find the perfect partner for each person because she has a very modern approach to love: she successfully mediates between sexuality (which Christianity sought to repress) and a sense of morality perhaps required to find happiness in a monogamous relationship.

In we believe this reading of the story, it should also not come as a surprise that the witch is eventually killed for so openly addressing sexuality and unchastity. Historically speaking, individuals accused of excessive lasciviousness and chastity were often drowned in marshes by the authorities.

If you're feeling lonely tonight, why not head to Buderscheid and look for the witch? She might be able to tell you where to meet the love of your life in Luxembourg's thunder, lightning, or rain.

Saint Willibrord, the founder of Echternach Abbey, qualifies as a true badass. Find out why.

The following week, we ventured to Grosbous and met the Schankemännchen, a terrifying bone man.

Have you heard of Luxembourg's most famous hermit? Schetzel mastered the subtle art of back-to-nature and spent the last 14 years of his life in Luxembourg's Grünewald.