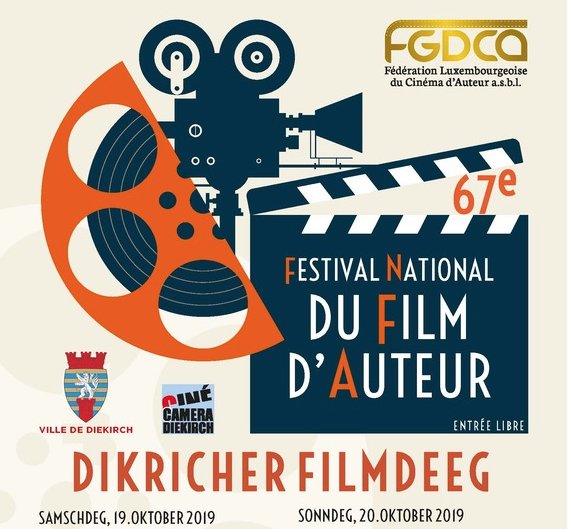 Cinephiles rejoice! Diekirch's film days are taking place coming weekend and, for the first time in the history of Luxembourg's film federation (FGDCA), young movie makers under 25 can show their films to friends, family and the general public on the big screen.

Love cinema and don't have anything planned for Saturday afternoon yet? Luxembourg's film federation joined efforts with the SNJ, the organisation "Youth4Planet" and the interscholastic media organisation Youth Tube to bring the promising event to life.

"Youth Open Screen" kicks off in Diekirch's Scala cinema on Saturday at 5 pm and is expected to end at 7 pm. The event gives budding film makers the opportunity to show their films to a larger audience on the big screen.

The media team of Luxembourg's Robert Schuman secondary school has not failed to deliver. Under the guidance of German and media teacher Marc Erang, the enthusiastic young film makers of "Schuman Tube" have produced an abundance of short films in the last years - 16 of which will be shown on Saturday. Some of their films have already scooped awards both in Luxembourg and beyond.

National Youth Service SNJ has also worked with schools and local youth centres to produce a multitude of films. 11 of them will be shown during the Youth Open Screen in Diekirch.

Luxembourg's International School is also contributing. According to film teacher Seth Ruef, his students are "excited" to see their movie "Imposter" in cinema.

Last but not least, there will be three films from the "Youth4Planet" organisation, which is headed by German film director Jörg Altekruse and Luxembourgish film producer Paul Thiltges. Youth4planet is an international film project that mobilises young people creatively to fight for the environment. Luxembourgish students are part of it.

Entry is free of charge. The full programme of Youth Open Screen can be found here: 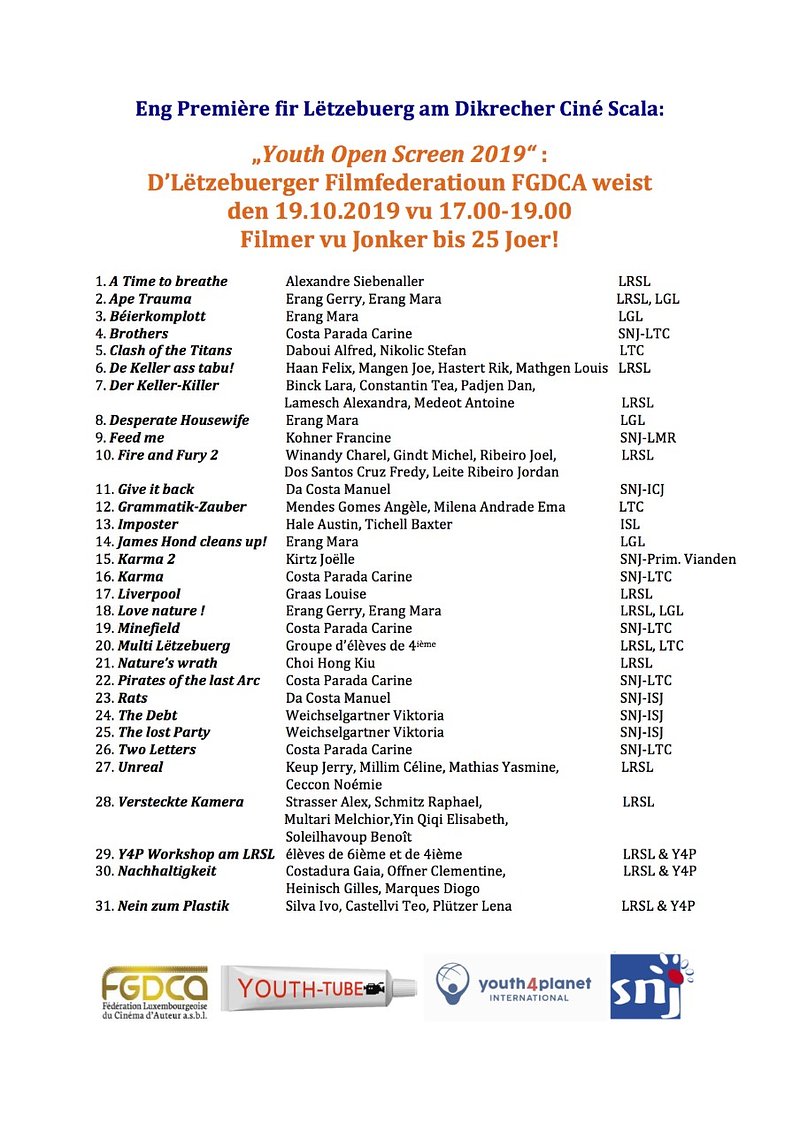