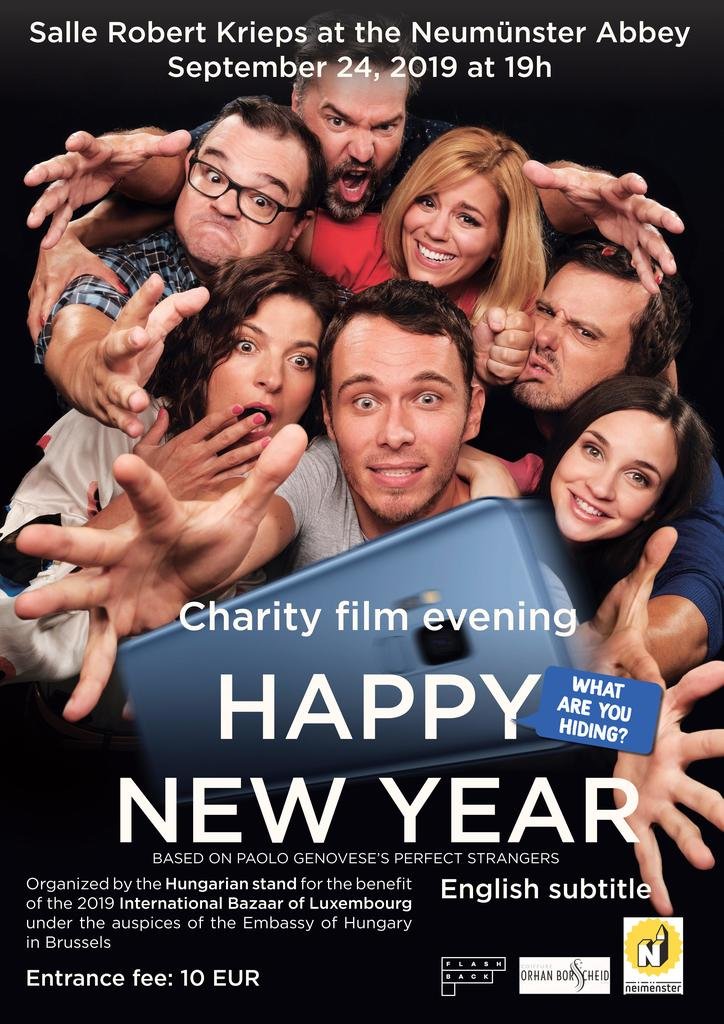 Guests are invited to Salle Robert Krieps of Neumünster Abbey on September 24th at 19:00. The Hungarian blockbuster "Happy New Year" will be screened along with English subtitles.

The movie is about seven childhood friends that celebrate New Year's Eve together every year. This year, they decide to make their calls and texts public as they truly believe nobody is hiding any secrets. Really, though?

The Hungarian stand was first organised in 2005 by Katalin Halász, who was inspired by the event through a friend, and volunteered at the Indian stand for several years. This year will be the 15th year the country participates in the Bazar International de Luxembourg. More than 20 volunteers are helping on the Hungarian stand.

Over 1000 volunteers are involved in the Bazar International de Luxembourg each year, which supports projects and foundations that fight poverty, discrimination, abuse and projects with a sustainable goal. The Hungarian stand requested two Hungarian hospital foundations to be supported with equipment and operations by the Bazar International de Luxembourg.

Tickets for the screening can be purchased here or at the Box Office before the event. Snacks and drinks will be provided after the movie, along with a discussion.