Following the death of Luxembourgish film director at the age of 55, Luxembourg City’s Cinémathèque commemorated Pol Cruchten on Friday evening.

Pol Cruchten belongs to the generation of film directors that got a degree in film studies abroad after Luxembourg started getting into film production.

He attended the Parisian School of Studies in Cinematography (Ecole supérieure d’études cinématographiques). He produced his first fiction film featuring Thierry van Wervecke and Myriam Muller after his return to Luxembourg in 1992.

The film won the Max Ophüls award in Saarbrucken, Germany, and it is also the first Luxembourgish production that was shown in the ‘un certain regard’ category at the Film Festival in Cannes, which was an especially important moment in his career, according to Pol Cruchten in an RTL interview three years ago. 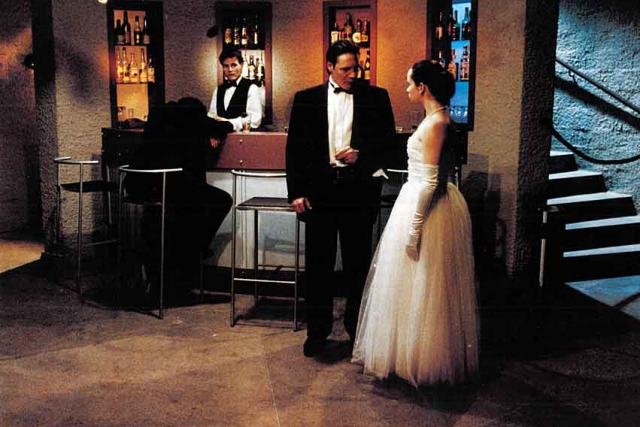 Follwing a trip to the US, where he worked on ‘Boys on the run’, Pol Cruchten directed Jhemp Hoscheit’s novel ‘Perl oder Pica’ (2006).

In addition to fiction, Cruchten also directed documentaries, particularly of social and political background. ‘Never die young’, for instance, is a rather atypical documentary film about drugs.

‘La supplication’ looks into the subject of Tschernobyl, and is based on a book by literary Nobel prize laureate Svetlana Alexiewitsch’s, who came to Luxembourg for the movie premiere.

Pol Cruchten was also the co-founder of Red Lion, a film production company. He was awarded the Luxembourgish Film Prize no less than three times, and was set to shoot his ninth feature ‘Visages d’Afrique’ in Mauritania. Cruchten had been working as a theatre director in the past few years.

As a tribute to the film director, RTL Télé Lëtzebuerg will show ‘Perl oder Pica’ at 8.00 pm on Saturday. (in Luxembourgish).

Xavier Bettel writes that the Grand Duchy has lost one of its greatest artists with the death of Pol Cruchten.

It is with deep sadness that I have learnt the news of Pol Cruchten’s death, director and producer of Luxembourgish film, he says. Bettel writes that Pol Cruchten will remain an emblematic figure in the field of the audovisual in Luxembourg. He adds that Cruchten marked the Luxembourgish film scene with his first movie ‘Hochzaïtsnuecht’, his feature at the Cannes Film Festival, the Max Ophüls price, as well as his numerous other productions. He excelled in his documentaries, and was a one of a kind artist. He sends his sincere condolences to Jeanne Geiben and Pol Cruchten’s entire family.

Official statement by the National Fund of support to audovisual productions

The entire Fonds national de soutien à la production audiovisuelle team is filled with sadness following the announcement of the death of one of Luxembourg’s greatest film producers. Pol was a man of many talents who was appreciated both nationally and internationally. They write that, with his death, not only has the Grand Duchy lost a great professional, but also a friend who had a deep understanding of the importance of cinema.

Red Lion equally mourn the loss of a great film producer, whose deat was announced on 3. July 2019. Pol Cruchten produced many of the first films of a whole new generation of cinematographers in Luxembourg.