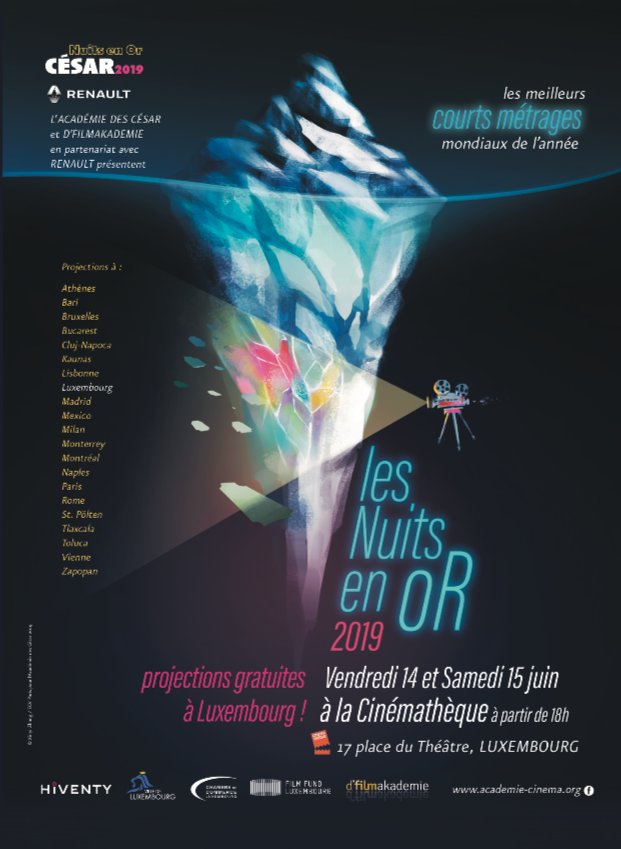 On Friday and Saturday, Luxembourg City's Cinémathèque will be showing the year's best short films, as presented by the Académie des César.

On Friday 14 June and Saturday 15 June, film aficionados will be in for a treat as the Cinémathèque is set to showcase 35 of the best short films from 2019. Presented by the Académie des César alongside Luxembourg's Filmakademie, the festival will last 11 hours, spread over two nights at five and a half hours each.

The 2019 edition of the Nuits en Or (the Golden Nights) will showcase the best short films of the year, which have been accredited by their individual national cinema academies (ie the Oscars, the César Awards, Baftas, Goya, Magritte, and the Filmpräis).

Brought together by the common thread of emotion and passion, the films will be surprising, funny, touching, or even scary. The free event, which starts at 6pm each evening, is making the rounds in a number of cities, travelling from Athens to to Montréal and further afield!

The full programme can be seen below, alongside the country each short film originates from. 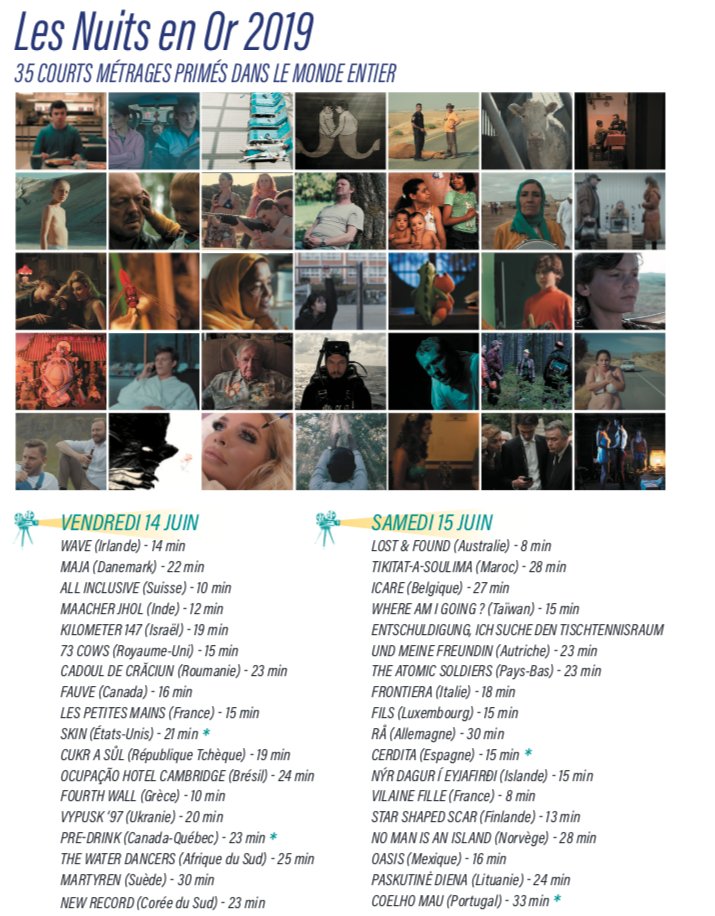