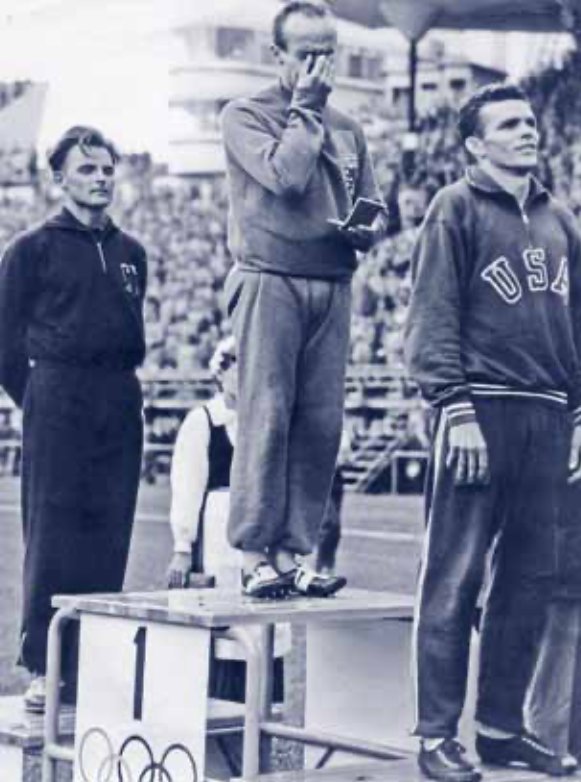 An emotional Josy Barthel on the podium. / © Pierre Gricius

Last week, we discovered the story of Michel Théato, the victor of the 1900 Olympic marathon, who was born in Luxembourg. As he competed for France, however, Théato’s gold medal is not recognised by the International Olympic Committee as belonging to Luxembourg.

In the annals of Luxembourg sport, therefore, only one person has achieved an officially-recognised Olympic gold. That man is middle-distance runner Josy Barthel.

Joseph ‘Josy’ Barthel was born in Mamer, in south-western Luxembourg, in 1927.

He first made his mark in a race in Diekirch in 1943, when as a 16-year-old in his first competitive 1500m race he beat Luxembourg’s top senior runners. From the start, Barthel was capable of producing extraordinary sprints on the final straight, a talent which would remain with him throughout his career.

Barthel was called up to serve with the Wehrmacht during the German occupation, but narrowly escaped being forced to fight on the Eastern Front, being only 17 when the Grand Duchy was liberated in 1944.

Barthel had made a name for himself; the only question that remained was whether he could perform on the full international stage. 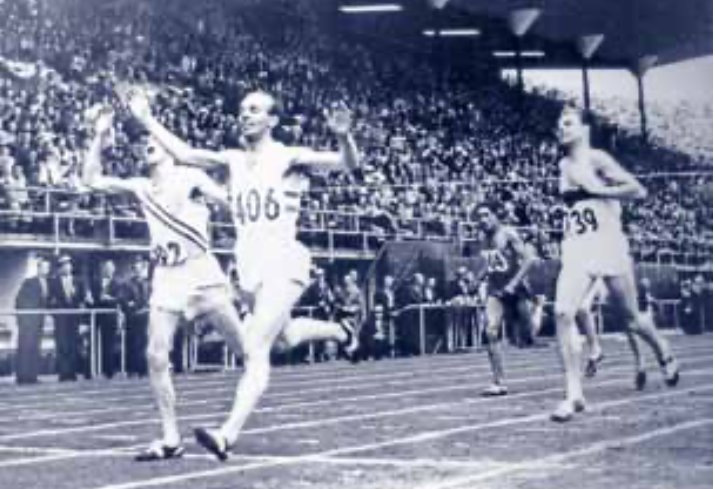 Instead, it would be the 1952 Helsinki Games where his dreams came true.

Barthel faced a tough field in Finland, including both the German 1500m world-record holder Werner Lueg and a young Briton named Roger Bannister, who would famously go on to run the first sub-4-minute mile in 1954.

Having blasted through both his heats in first place, Barthel was in good form going into the final, which took place on 26 July.

His main rival Lueg was helped by the presence of fellow German Rolf Lamers, who acted as a pace-setter for his colleague in the first two laps.

Heading into the final straight, Lueg was two metres ahead, but the Luxembourger would not be beaten. Relying on his impressive sprinting, Barthel powered ahead, crossing the line with a beaming smile and arms outstretched in an Olympic record time of 3:45:2.

In an iconic moment on the podium, Barthel wept tears of joy as he was presented with his gold. Unsurprisingly, this would represent the pinnacle of his career.

Barthel made the most of his opportunities as a successful runner. A chemist by training, he was offered a scholarship to continue his studies at Harvard, moving there in 1953. He won victory at the 1954 American Championships and came close to breaking the 4-minute barrier in the months before Bannister achieved it.

He was the Luxembourg champion in both the 800 and 1500m for a decade from 1946-56, and he would compete in his third straight Olympics at Melbourne 1956, but he failed to replicate his earlier success and did not make the final in Australia.

Barthel went on to lead the Luxembourg Athletics Federation from 1962-72, and the country’s full Olympic and Sporting Committee from 1973-77, before joining the government as Minister for, among other things, Energy and the Environment from 1977-84.

Barthel died in July 1992 at the age of just 65 after a long illness. His name lives on throughout the Grand Duchy, with a school named after him in Mamer and more significantly the Josy Barthel National Stadium in Luxembourg City.