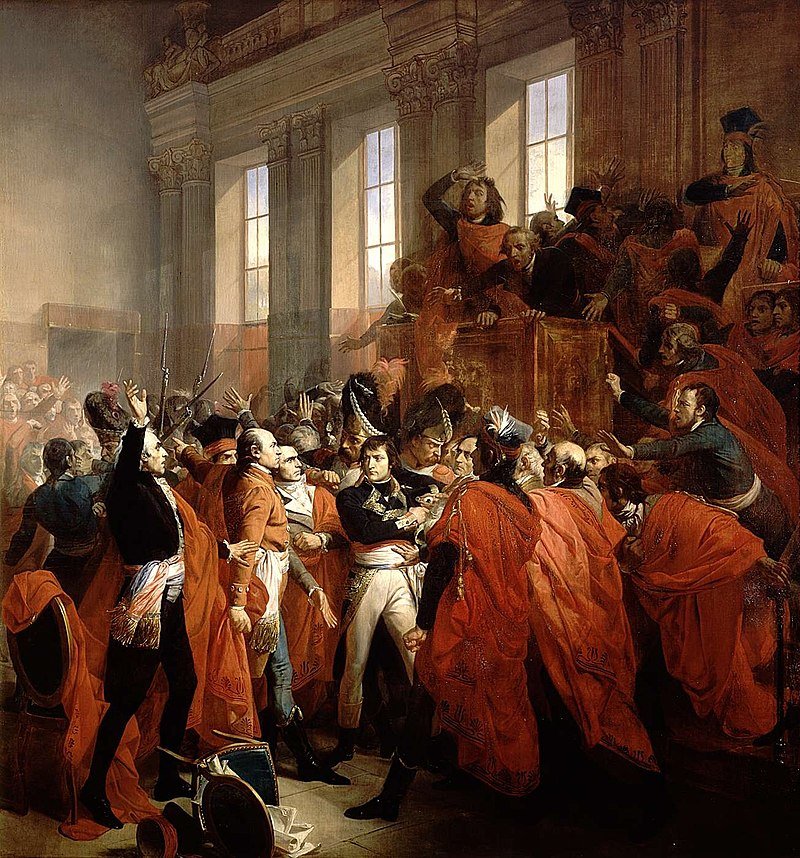 The Putsch of 1856 had (almost) as much drama as Napoleon's Coup of Brumaire, depicted here. / © Public domain

The word coup d’état usually brings to mind bloodthirsty generals like Napoleon, or dodgy CIA-backed plots to overthrow legitimately elected governments, like in Chile or Guatemala.

It doesn’t usually make you think of Luxembourg. Until now.

As we discovered last week, in 1848 Grand Duke William II assented to a new constitution which radically altered the workings of the Luxembourgish state.

The new Chamber of Deputies had the right to propose and amend laws, to hold the government to account and to vote for or against the budget.

In September 1848, elections for the new Chamber were held, and in December 1848, the first modern government of Luxembourg under the old Governor de la Fontaine was voted down after losing a vote of no confidence in the Chamber.

It was replaced by a new government under Jean-Jacques Willmar, a Luxembourgish lawyer who preoccupied himself with creating a new currency for the Grand Duchy.

Unfortunately, he was a reactionary who hated the reforms that his father had made the previous year in both the Netherlands and the Grand Duchy of Luxembourg.

In fact, he hated them so much that he did not believe he could govern under those conditions and actively considered relinquishing his claim to the throne to his brother or his son.

In the end, he succeeded his father in 1849, and immediately set about trying to reverse the constitutional shackles imposed on him. 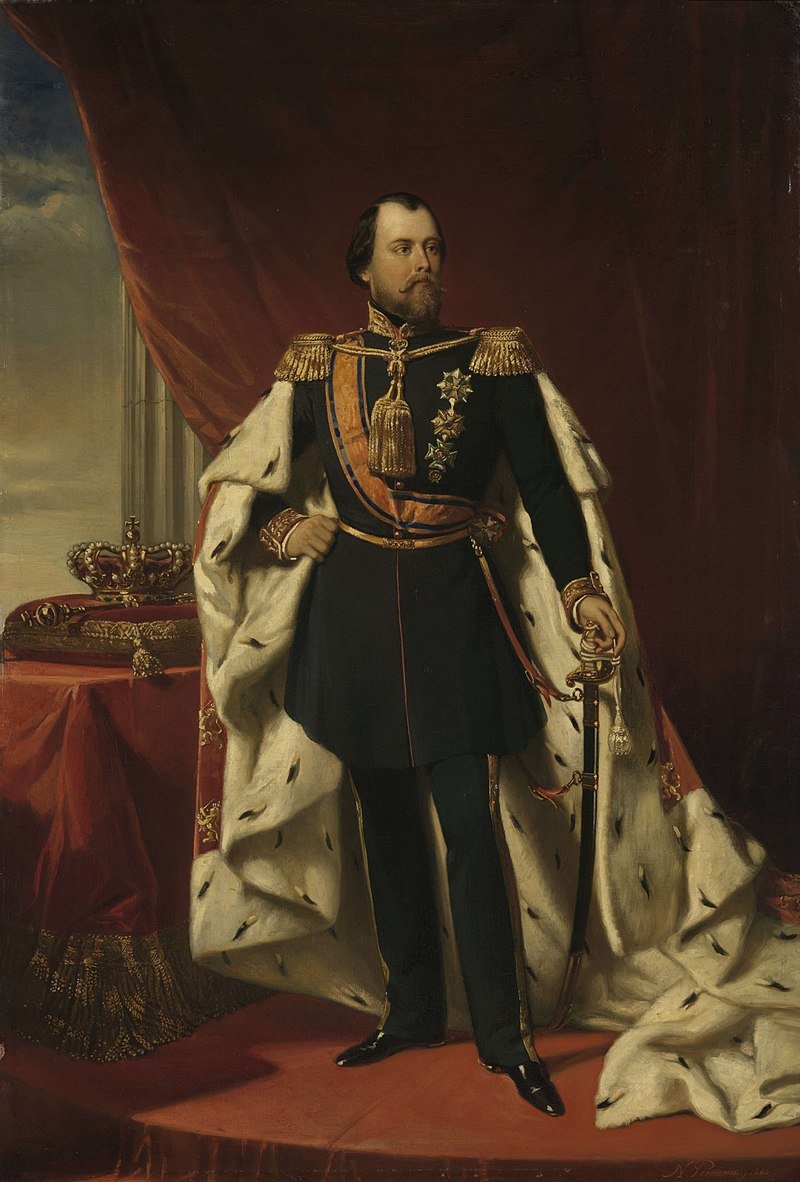 He appointed his brother Henry as Governor of Luxembourg in 1850 and ordered him to resist any further usurpation of the sovereign’s powers.

A complicating factor for the liberals in the Chamber was that in 1851, the German Confederation mandated that all its member states should conform to its monarchist principles and abolish all laws and assemblies that contravened them.

With Luxembourg still a member of the German Confederation, William III used the decree as justification for his authoritarian leanings.

Despite the wishes of the Chamber of Deputies, in 1853, William dismissed the Willmar government and replaced it with a more favourable administration under Charles-Mathias Simons, signalling his determination to govern autocratically.

The stage for a constitutional crisis had thus been set.

For the next three years, furious disagreements erupted in the Chamber over William’s disrespect for the hard-won constitution.

Matters came to a head in October 1856, when in a speech to the Chamber, Governor Henry announced that the constitution would be unilaterally revised.

The liberals reacted furiously, drafting an angry reply that was passed in the Chamber by 31 votes to 15 and rejecting any proposals for a compromise.

A month later, they withdrew from the Chamber in protest at the government’s behaviour, expecting the government to call for new elections. Prince Henry, the Governor of the Grand Duchy of Luxembourg. / © Public domain

Instead, it simply declared the proposed reforms to have passed, and the new constitution was signed by Grand Duke William on November 27th, 1856.

This was loudly denounced as a coup d’état by the opposition, but they were powerless to stop it.

The 1856 Constitution created the Council of State, an advisory body which still exists today, while reducing the Chamber to an Assembly of Estates, without the power to vote on the budget or to compel the Grand Duke to do anything.

It also added a clause specifying that sovereignty resided in the person of the Grand Duke, and modified the electoral system to further restrict participation.

Perhaps most damagingly, the new constitution restricted the freedoms of the press and of association that had been protected in 1848.

For the next ten years, Luxembourg was ruled more or less as an absolutist monarchy by William III, as the Assembly became the site of furious debates that could accomplish very little.

It would take until 1866 for the situation to change.

In the wake of the dissolution of the German Confederation in 1866, the justification for authoritarian rule was broken.

Then came the Luxembourg Crisis of 1867, in which William III agreed to sell Luxembourg to the French, drawing the ire of the Germans and nearly bringing Napoleon and Bismarck to war.

This was averted when the Second Treaty of London guaranteed Luxembourg’s independence and neutrality, but William III’s readiness to sell the Grand Duchy was highly embarrassing, and to compensate for his sins, he agreed to a new constitution in 1868.

The 1868 constitution restored the Chamber of Deputies’ powers and reinstated many of the old liberties; it remains the supreme law of the Grand Duchy of Luxembourg to this day.

The Coup d’Etat was thus a brief, but highly charged moment in the history of Luxembourg. 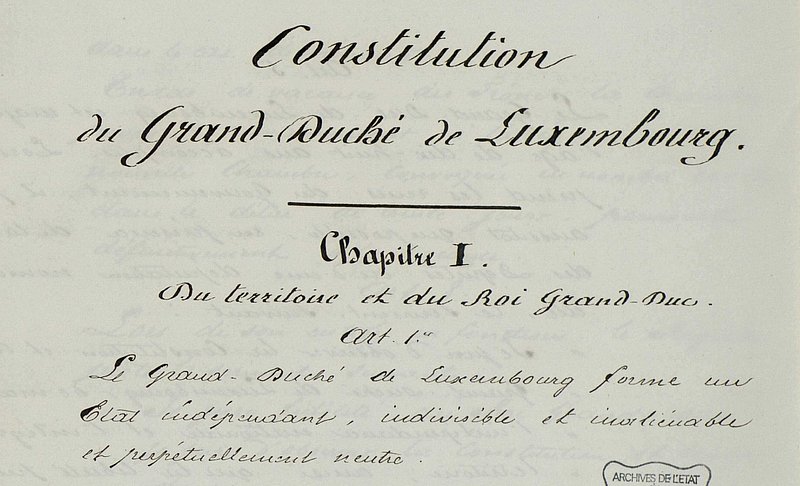 The Constitution of the Grand Duchy of Luxembourg of 1868. / © Public domain