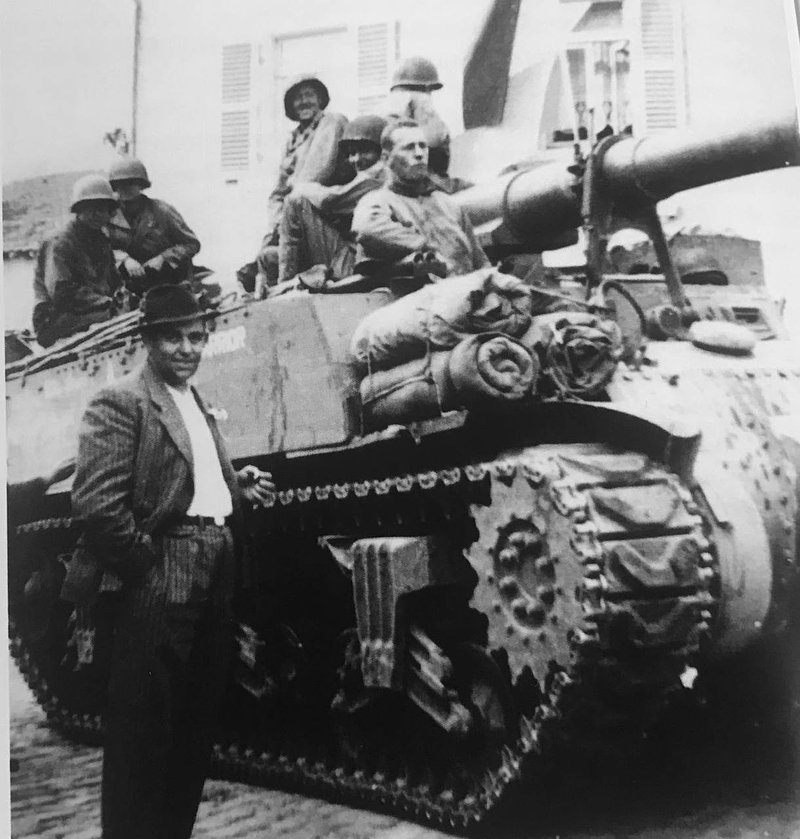 In this new series, we explore some of the darker and sometimes forgotten aspects of Luxembourg. Think sinister chapters of history, eerie folk tales, conspiracy theories, infamous criminals and contemporary issues. First up is a tarantinoesque episode that took place near Heisdorf in central Luxembourg.

10 September 1944 is generally thought of as the joyous day the U.S. forces liberated Luxembourg City from the German occupiers. Most sources will state that the liberation was relatively peaceful, and that the Germans retreated without fighting. The key word in this last sentence is "relatively": it would be wrong to think that this pivotal day in Luxembourg's history ended without any bloodshed.

Particularly violent scenes unfolded that day in the area between Heisdorf, Asselscheuer, and Blaschette. The following account is based on the testimonies of local eyewitnesses Michel Federspiel and Jängi Redlinger from Blaschette.

On the afternoon of 10 September 1944, a handful of German soldiers demanded that the farm owner of "Asselscheuerhof" (between Asselscheuer and Blaschette) give them some of his horses. The owner, however, refused to comply. One of his farm boys purposefully startled the horse that the soldiers had already selected. The German soldiers were not amused and told the farmers that they would return with more men to seek revenge.

American soldiers arrived in jeeps and tanks at the "Asselscheuerhof" shortly later. One of them entered the house and asked the farm owners for a couple of eggs. One of his colleagues meanwhile tried to pour a liquid (Federspiel believes it was petrol) into a cooker. All of a sudden, a deafening bang was heard - the cooker had somehow exploded and the American soldier was flung through the air. He succumbed to his injuries on the spot. The explosion also set off a heavy machine gun that was mounted on the back of the jeep. The gun blindly fired several rounds before another soldier managed to disable the deadly weapon.

To make matters worse, the German soldiers who were stationed in Blaschette immediately knew that the Americans had arrived and probably believed that they had deliberately opened fire. The Germans responded by throwing a grenade, which exploded near the farm.

A little bit of time passed and the US soldiers were speaking to the farm owners when suddenly a single shot was heard. One of the soldiers was hit - he died instantly. Eyewitnesses claimed that a German sniper had killed the soldier from his hiding spot in a nearby forest. The two dead soldiers were put in plastic bags and taken away. The remaining soldiers decided to sit in ambush at the "Weyland" farm (today Rue de Grünewald 57).

Jängi Redlinger, who was 15 years old at the time, later witnessed how two German soldiers drove towards the Weyland farm on motorbikes. The American soldiers opened fire and killed the two Germans. The US tanks then started moving towards Blaschette, where the remaining Germans were stationed. The residents of the village fled in panic.

The German soldiers refused to capitulate and attempted to neutralise the approaching vehicles with a 75 millimetre anti-tank gun. They succeeded in damaging and immobilising one of the approaching tanks. A second tank, however, targeted the German anti-tank gun and swiftly destroyed it. The remaining German soldiers then took off - and Blaschette continued to celebrate the liberation.

The two dead German soldiers were initially buried at Blaschette's cemetery. Their bodies were later laid to rest at the war cemetery in Sandweiler.

Gerry Erang is a freelance journalist, editor, and translator at RTL Today.