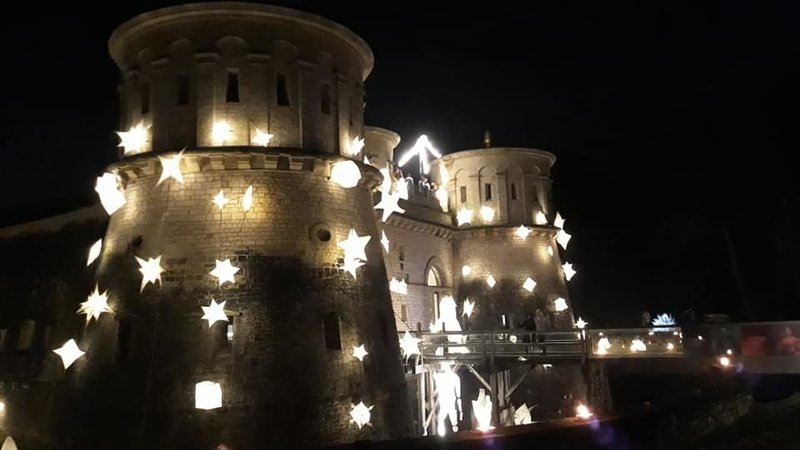 The seven museums found in Luxembourg City opened their doors at dusk on Saturday night to welcome visitors for the 19th edition of the Nuit des Musées (night of museums).

The motto of the 2019 edition of the Nuit des Musées was 'Museums - be moved', made apparent with the surprise of seven athletes from different disciplines acting as guides.

The programme included a number of concerts, exhibition visits, workshops for children, and culinary stop-offs. The Villa Vauban, for example, offered themed visits, including a glimpse into the casemates of the villa's park.

For its 'If Then Else' exhibition, the Casino welcomed Belgian collective LAb(au) for their luminous  emblem put up on the facade of the museum. At the Luxembourg City History Museum, children were able to tinker with an origami mermaid, whilst other visitors were able to visit very special sites alongside Colette Flesch for the centenary of universal suffrage in Luxembourg.

The National Museum of National History offered an exhibition on 'crazy birds' whilst, elsewhere, Fort Thüngen, the home of the Dräi Eechelen museum, was decorated by special lanterns. Not far away, Mudam visitors were able to appreciate the music offerings of the Victor Kraus group, which was made up of seven Luxembourgish and international musicians. The art museum's opening of its exhibition on Albanian artist Anri Sala coincided with the night of museums.

Finally, the night ended at the Casino's aquarium, where different DJs played their sets. Described as a resounding success by organisers, a total of 23,541 visitors went to different museums in the capital throughout the night. The next edition will take place on 10 October 2020.