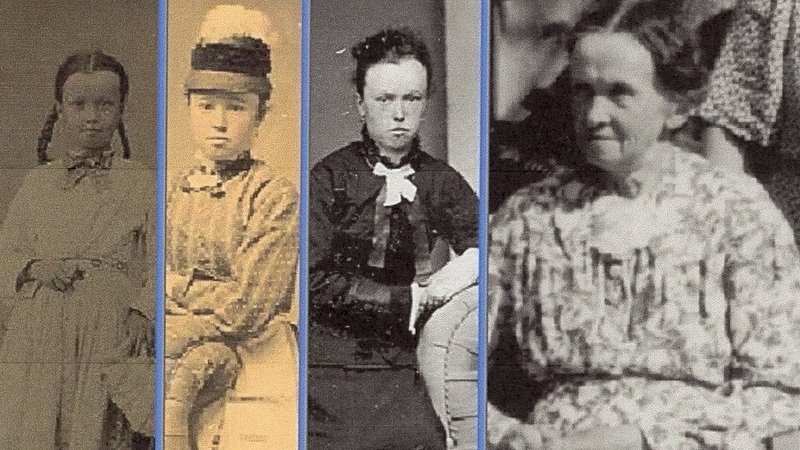 Our protagonist (or antagonist) of today's instalment: Mary Clement - 1863-1944 / © courtesy of heckenbach.org

To conclude our mini-series on Luxembourgish immigration to Chicago, guest writer Kevin Wester is ending the series on a note of mystery. Did the Clement family simply have a spate of bad luck or was one of their own poisoning them?

Mary Clement (aka Kleman/Clemens) was born in Harlange, Luxembourg, on 16 February 1863 to Michael and Margaret (Deville) Clement.  The Clement parents and their three young daughters, emigrated to America in 1871 and settled in Dubuque, Iowa. One more daughter was born to the Clements in Dubuque in 1874.

Beginning in 1880, the Clement family seemed to have a string of bad luck.  The youngest Clement daughter, Annie, died at the age of five in April 1880.  In June 1884, Margaret, the mother, passed away.  One month later, in August 1884, the second youngest Clement daughter, Lena, died at the age of 13. In March 1885, Michael, the father, also passed away. At that point, Mary Clement was 22 years old and she was left all alone in Dubuque.  Her oldest sister, Katie Clement, had moved to Chicago to marry Michael Freres in 1881.  Michael was also born in Harlange and had emigrated to Chicago.

With no immediate family left in Dubuque, Mary moved to Chicago and lived with her brother-in-law and sister Michael and Katie Freres and their two small children at their home in Rosehill, at the time a northern suburb of Chicago and home to many Luxembourg immigrants. Mary assisted her sister as the family cook and housekeeper. Yet within two weeks, Mary was arrested for attempting to poison and ultimately murder her sister and her family. 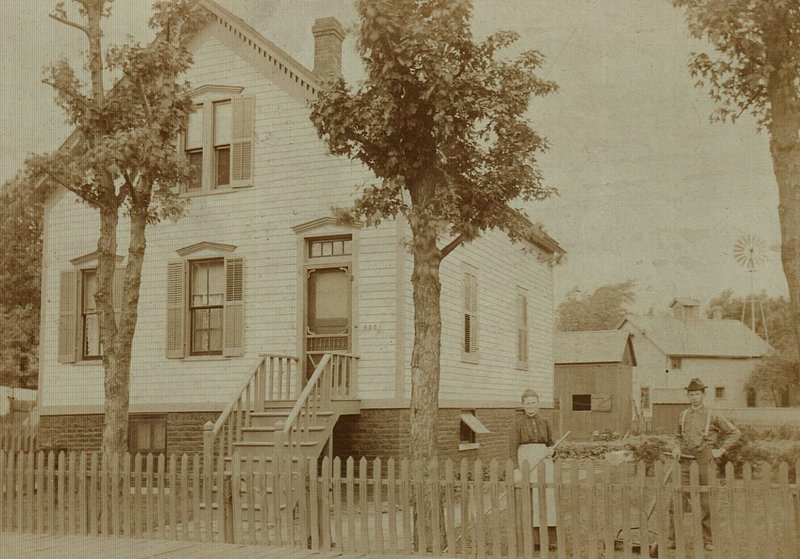 The rest of Mary’s tragic story is best told in a newspaper article syndicated throughout the United States. In the article, Mary’s surname, Clement, was misspelled as Kleeman. This story appeared in The Tennessean, Nashville, Tennessee on 18 July 1885:

Chicago, July 17 – Mary Kleeman, the girl under arrest on the charge of poisoning with intent to kill the family of her sister, Mrs. Michael Freres, of Rose Hill, and who is also under a shadow for the death of, and is said to have confessed to, poisoning her father and a sister a year ago, was placed on trial in Judge Anthony’s court today. But little time was spent in securing a jury. Miss Kleeman was dressed in deep mourning for her parents, and sat by the side of her counsel, and watched the proceedings closely. At times she exhibited nervousness to a slight degree, but she quickly controlled herself.

Mrs. Freres, the sister of the prisoner, is a small woman with reddish hair and dark eyes, and looked a great deal like the prisoner. When she took the stand, she took no sympathy for the prisoner and appeared decidedly on the aggressive. She said that on Tuesday night prior to the poisoning the defendant proposed that they have soup. Witness acquiesced and soup was served. Miss Kleeman refused to eat any herself, saying she did not care for it. Shortly after eating it they were all taken sick and continued so until Thursday, when they were much better. On that day Mary proposed that they have more soup, and again she refused to eat it. They were all taken sick and she grew suspicious. She saw a gray substance in the soup, and a paper found in the yard also contained a similar powder.

Isaac Poole, M.D., said he was called in to attend to the sick people, and found undoubted evidence of arsenical poisoning. He went with Mrs. Freres to a chemist with a portion of the powder found in a soup plate.

Henry S. Carhart, a professor at the Northwestern University, was next called. He made a test of the powder in the soup, and found unmistakable evidence of arsenic by means of the Marsh test.

Nathan P. Williams, a druggist, testified to an examination of the powder, and said he found undoubtable evidence of arsenic. The other testimony was of a similar character. The case was given to the jury at 3 o’clock. Shortly before 6 p.m. the jury returned with a verdict of guilty, the penalty named being one year in the penitentiary.

Newspaper accounts prior to the trial state that Mary met with a reporter while in prison and, during some sort of psychotic episode in her prison cell, she confided that she heard voices which compelled her to poison her family members. In the interview, she stated that back in Dubuque she had also poisoned her mother, her sister Lena and her father which resulted in all of their deaths. This became big news back in Dubuque as many people were familiar with the Clement family.

Newspaper accounts also state that the jury deemed 17-year-old Mary “insane” and that is why she received such a light sentence. Mary was never arrested or prosecuted for the deaths of any of her other relatives in Dubuque.

After her prison term, Mary eventually made her way to Los Angeles, California, where she worked as a seamstress and then as a housekeeper for a wealthy family. She eventually made her way back to Chicago, where she died on 7 July 1944, at the age of 81. Curiously, the Freres family must have kept the horrible story of her poisoning and attempted murder of family members a secret from the younger members of her family. Her nieces and nephews knew her as their beloved “Aunt Mamie”. They only learned the story of her sordid past years after her death.

Kevin Wester resides in Milwaukee, Wisconsin, USA and is the former Executive Director of the Luxembourg American Cultural Society. He now operates Luxembourg Adventures tour company and assists individuals in reclaiming Luxembourg nationality. He is an avid genealogist and researcher of Luxembourg and Luxembourg American topics. You can contact Kevin by email.