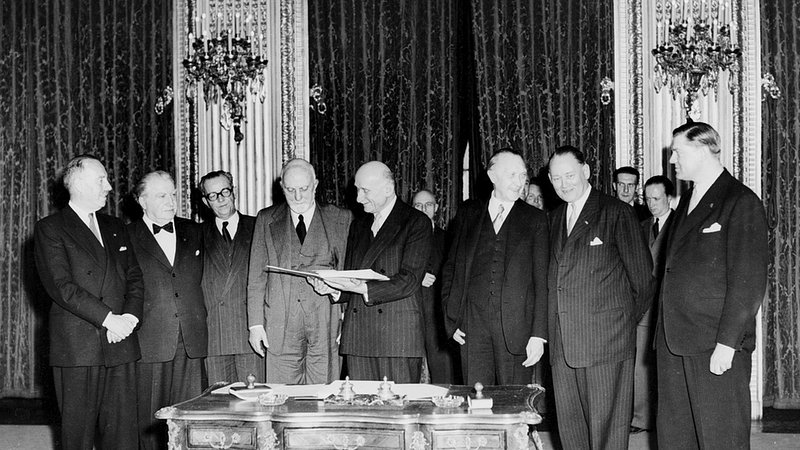 Delegates at the Treaty of Paris in 1951, formally creating the ECSC. / © Public domain

After having had a very brief break, we're back with more on Luxembourg's history!

When you look at the size of the Grand Duchy, you can often get consumed in the domestic history of the country, similar to how we focus on emigration to Luxembourg rather than away from Luxembourg (granted, the former is one of the defining characteristics of Luxembourg today).

Luxembourg holds an interesting position when it comes to international history and politics. The country may be tiny, but the links between the Grand Duchy and the wider world are many. To look at one instance, Luxembourg is part of a very, very exclusive club, namely it is one of the 22 countries that Great Britain has never invaded. Considering the British Empire's world domination rate (88%, apparently), that's quite an impressive little international history nugget right there.

And whilst the Grand Duchy can fly under the radar in some ways - we've all met people who've gone 'Oh, is that the one sandwiched between Austria and Switzerland' - it's been a founding member of several important institutions, the first of which I'm sure we can all guess: the European Union, or to be exact, the European Coal and Steel Community!

As well as being perhaps the epicentre of Europe, Luxembourg holds a very important position in the history of the European Union, namely as a founding member of the precursor to the European Union. Whilst the whole Brexit discourse has shifted the definition of the EU away from its founding values, it's worth remembering that the core reason behind the European project was to ensure peace in Europe. 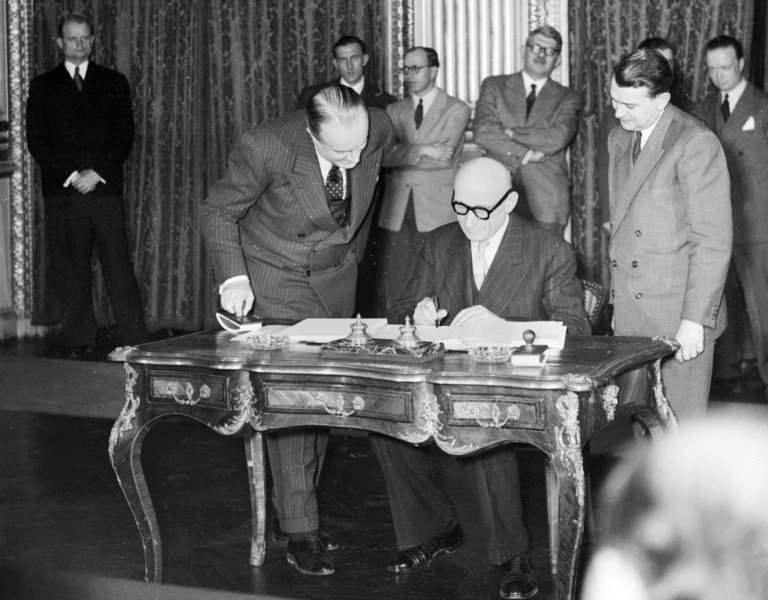 Luxembourg, alongside Belgium, France, Germany, Italy, and the Netherlands formally established the European Coal and Steel Community in 1951 with the Treaty of Paris, although the idea was born the previous year. The overlying cause behind creating the European Coal and Steel Community was to create economic unity - specifically between Germany and France. By creating these economic ties, the hope was to create political ties preventing the two countries from becoming belligerents on the opposite sides of a conflict, as they had been in both World Wars and the France-Prussian War in the nineteenth century.

And of course one of the most famous Luxembourgers (technically) was involved in drawing up this plan. You might recognise the name Robert Schuman, which has been given to one of the secondary schools in Luxembourg, and numerous roads in the Grand Duchy. Schuman was ostensibly a French politician, namely the French foreign minister between 1948 and 1952. But Luxembourg regards Schuman as one of their own as he was indeed born in Luxembourg to a Luxembourgish mother and a French father, who then became a German as the region he lived in was annexed by the Germans. To complicate matters, Schuman was born a German citizen, but became a French citizen after the end of World War One.

So we can see that Robert Schuman, this pivotal figure to the creation of the European Coal and Steel Community, represented in his personal life a true sense of Europeanness, even if that may be slightly anachronistic at the time. Schuman was German, then French, but born in Luxembourg, and by that matter represented this epicentre of Europe. Schuman is also associated with the date viewed as the birthdate of the European Union, as he gave his maiden speech about the European Coal and Steel Community on 9 May 1950 (as of 2019, a bank holiday in Luxembourg). Whilst we cannot provide all the credit to Schuman alone, especially as the speech was drafted by Jean Monnet - who you'll perhaps recognise if you take the 18 bus in Kirchberg at all - in collaboration with Schuman.

Part of his speech goes back to the above point, about preventing Germany and France from descending into conflict again: "The coming together of the nations of Europe requires the elimination of the age-old opposition of France and Germany."

So on the one hand we have Robert Schuman, representative of this mixed European identity, and on the other hand, we have the state of Luxembourg involved in the ECSC negotiations.

The importance of European unity for Luxembourg

Going back to Luxembourg's geopolitical position, it doesn't take much to understand why a project of European integration would be pivotal for the Grand Duchy. In the 1860s, Prussia and France treated Luxembourg like a toy that both wanted, but neither wanted to share. Then of course, Luxembourg was invaded in both World Wars. Being a small state, Luxembourg had to navigate these conflicts with an exceptionally fragile balance. Given the size of the country, it made sense for Luxembourg to advocate internationalism. 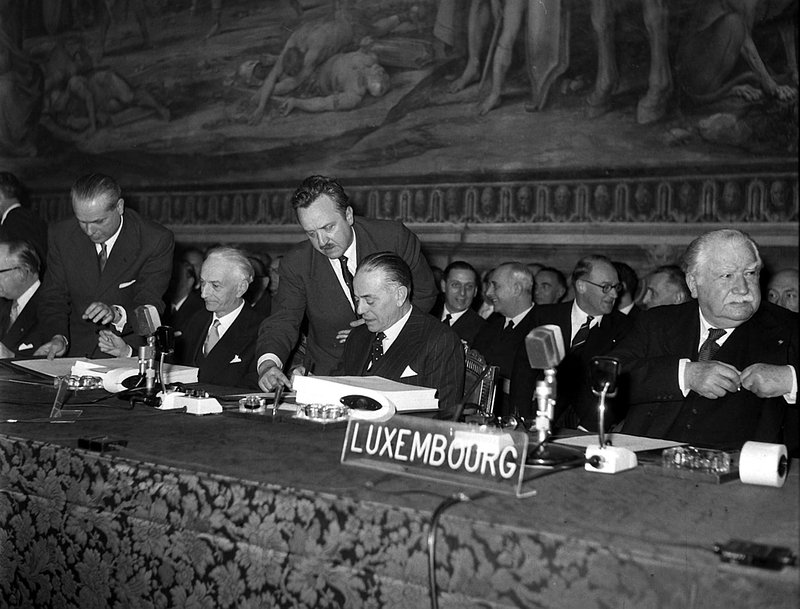 A new international system governed by European collaboration and cooperation would consequently benefit the Grand Duchy, which is why Luxembourg was involved in the ECSC negotiations. As a member state, it was a founding member and the country's Foreign Minister, Joseph Bech (and later Prime Minister of the country again, from 1953 to 1958), is considered a founding father of the EU. Bech helped negotiate ECSC treaties and notably set up the Messina Conference in 1955, which would evolve into the Treaty of Rome, which would form the European Economic Community.

What we now know as the headquarters of the BCEE at Place de Metz, Luxembourg City, used to be the location for the ECSC's High Authority. / © Par Bjalek Michal — Travail personnel, CC BY-SA 3.0 lu, https://commons.wikimedia.org/w/index.php?curid=28557147
© By Cayambe - Own work, CC BY-SA 3.0, https://commons.wikimedia.org/w/index.php?curid=6965934

We now come to an end on our very brief exploration of the Luxembourgish roots of the European Union. There is more that could be said on the role of the Grand Duchy in international institutions, but perhaps that can be explored at a later date.

---
Nathalie Lodhi is an editor and translator for RTL Today with a background in history, exploring the big history behind the little Grand Duchy.