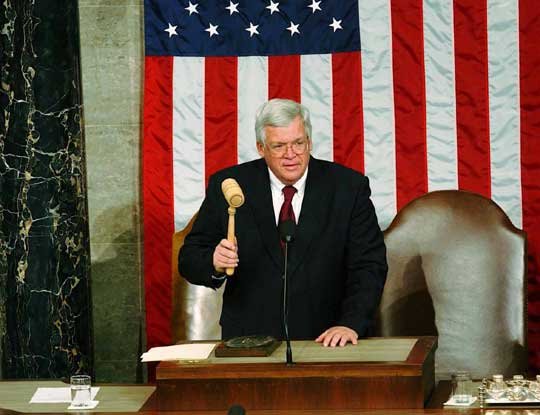 Dennis Hastert, the disgraced former Speaker of the US House of Representatives, has roots in the Grand Duchy. / © Public domain.

In case you missed it, we have previously covered the lives of several of the most famous Americans of Luxembourgish descent, from tennis star Chris Evert to the founder of US Flag Day.

Our latest Luxembourg-American is not one to be proud of, however, even if he was once the recipient of the prestigious Order of the Oak Crown.

The rise of Dennis Hastert

John Dennis Hastert was born in Aurora, an outer suburb of Chicago, Illinois, on January 2, 1942. His family lived in a rural area dominated by farms, and Hastert became a born-again Christian during high school, before starting work as a humanities teacher in a local school, where he was also the wrestling coach.

He initially showed little interest in politics, but by the 1980s he had decided to run as a Republican in the Illinois House of Representatives, winning a seat on his second attempt.

By 1986, he had got himself elected to the full US House of Representatives. He soon established himself as anti-abortionist, pro-gun, pro-death penalty stalwart in Congress, and rose through the ranks of the Republican leadership.

When Speaker Newt Gingrich resigned in 1998, Hastert was able to take his place as the third most senior politician in the United States. 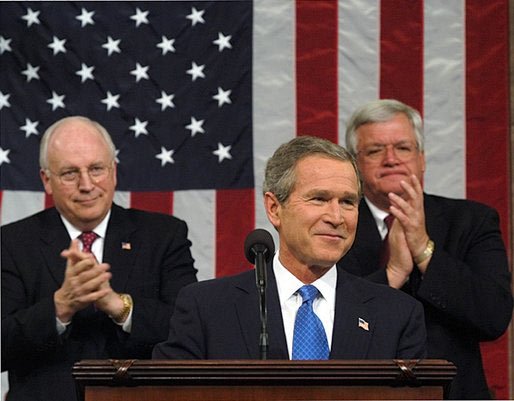 During the presidency of George W. Bush, Hastert was a firm supporter of the administration’s controversial policies both at home and abroad, maintaining party discipline in the House and enacting the so-called Hastert Rule, which ensured the Speaker would only advance legislation supported by a majority of his own party.

Throughout his career as Speaker, Hastert was dogged by persistent allegations of corruption, and he survived several ethical scandals during his time in Congress.

After the Democrats swept back into control of the House of Representatives in the 2006 mid-term elections, Hastert lost his position as Speaker and subsequently resigned his seat in 2007.

He went on to have an extremely lucrative position as a lobbyist for a number of firms in the tobacco, transportation and energy industries.

But what, if anything, does this have to do with the history of our Grand Duchy of Luxembourg?

Unfortunately, quite a lot.

Dennis Hastert was of Luxembourgish heritage.

Fine, this link with Luxembourg was quite tenuous – Hastert’s great-grandparents had emigrated from Osweiler, a tiny village in the east of the country, in the 1860s.

However, upon Hastert’s assumption of enormous political power in the United States, the government and politicians of Luxembourg were keen to make the most of the connection.

In 2001, Hasters was invited back to the village of his ancestors, where he had been elected an honorary citizen of Rosport council, and was commemorated by a memorial plaque. He was celebrated by CSV President of the Chamber of Deputies Jean Spautz and other politicians.

And so began Hastertmania, as it has been referred to in the Luxembourgish press, as various sections of the country’s media and government bent over backwards to please the nation’s great-grandson.

The Institut Grand-Ducale, the country’s national academy, published a report tracing Hastert’s lineage back to 1695. Both then-Foreign Minister Lydie Polfer and then-PM Jean-Claude Juncker met him in Washington in 2002, with Hastert repaying the compliment with a second visit to the Grand Duchy the same year.

Hastert had become an unofficial lobbyist for the government of his ancestral homeland, and visits continued apace: he was back in Luxembourg for the 60th anniversary of the Ardennes offensive in late 2005, and once again returned to the Grand Duchy in September 2005, accompanied by Jean-Claude Juncker, when Osweiler’s fire station was renamed after him. 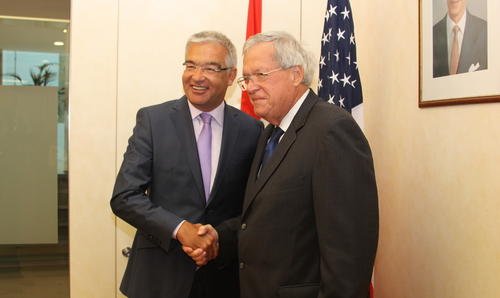 In 2004, Hastert even received one of Luxembourg’s highest honours (the Order of the Oak Crown, Grand Cross) from Grand Duke Henri himself.

And his work for Luxembourg continued after his resignation from office. Working for lobbying firm Dickstein Shapiro, Hastert acted as a representative for the government of Luxembourg in Washington.

In 2011, Hastert visited the Grand Duchy once more, this time in a private capacity, but was received fondly by President of the Chamber Laurent Mosar.

Unfortunately, this close relationship would soon turn out to have been a terrible idea for Luxembourg.

In 2015, it emerged that Dennis Hastert was under FBI investigation after trying to withdraw almost $1 million in cash.

It turned out that Hastert was making secret payments to an individual who had accused him of sexual abuse during his time as a high school teacher.

The next year, Hastert admitted that he had sexually abused at least four teenage boys, and was convicted by a federal court.

His sentence was relatively lenient: he was given 15 months in prison and a $250,000 fine. Hastert suffered a stroke during court proceedings and eventually served only 13 months of his sentence before being released in 2017.

A distinguished Luxembourg-American? It turns out that Dennis Hastert definitely wasn’t.