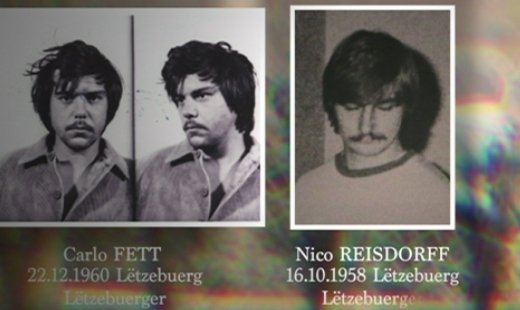 Violent murders, bombings, prostitution rings and shootings left their mark on the turbulent 1980s in Luxembourg. In the words of criminologist Armand Mergen: "It's little Chicago here recently".

Two series of events marked the culmination points of the violently stormy decade: the Bombers Affair, which we will cover in another article, and the criminal activities of the Waldbillig gang. "It's a murder and robbery series that, in its horrible extent,  has been without precedent in Luxembourg," the Luxemburger Wort wrote on 7 March 1989. But what exactly had happened?

Luxembourg's collective memory was for a long time marked by the violent actions of the "Waldbillig gang," a group of rogue criminals operating in the Grand Duchy between January 1983 and October 1985. The name of the gang refers to the place of residence of the deadliest member Carlo Fett.

The 11 gang members regularly targeted several banks, jewellery stores, service stations, and cash vans - and did not shy away from resorting to violence. They conducted a total of 22 violent robberies, committed six murders, injured 13 civilians, and stole countless cars and weapons.

They amassed a fortune of more than 40 million Luxembourg francs, which is the equivalent of more than €1 million.

Everything went wrong for the gang during an attempted heist on 30 October 1985. The target was an ambitious one: Central Bank of Luxembourg on Boulevard Royal in Luxembourg City. The execution of the heist was a fiasco - and led to the arrest of three members including Carlo Fett.

In the afternoon of that fateful day, the three criminals accessed the bank counters after shattering the glass doors with shotguns. Fett fired several shots at the ceiling and pointed his gun at customers. A staff member nevertheless managed to set off an alarm.

Police cars arrived at the scene just when the gang members were about to take off. Fett immediately opened fire. Police officer Patrice Conrardy was fatally hit in the head and the torso. He became the first police officer to be killed in service in Luxembourg. The robbers nevertheless did not get very far. Fett was the first one to be arrested. The same fate awaited his two accomplices shortly later after police had initiated a nationwide manhunt.

The ensuing investigation revealed the true extent of the gang leader's proclivity for violence. Fett had murdered five other gang members in Waldbillig - most probably to settle a score. Their bodies had been burned in an oil drum and their remains buried.

The main members Carlo Fett, Jos Bernardy, Guy Hertert and Nico Reisdorff were sentenced to life in prison. Reisdorff, who later wrote an autobiography in which he detailed his troublesome childhood and gradual fall into criminal circles, spent 39 months in an isolation cell at Schrassig prison. Amnesty International contacted the Minister of Justice in 1992 and argued that the authorities were breaching human rights.

Fett managed to escape from prison on 29 May 1995 using a ladder he made himself. The investigation into the escape found that "human negligence" had been a key factor. He remained at large for 10 days but eventually got caught. He died in prison eight years later.