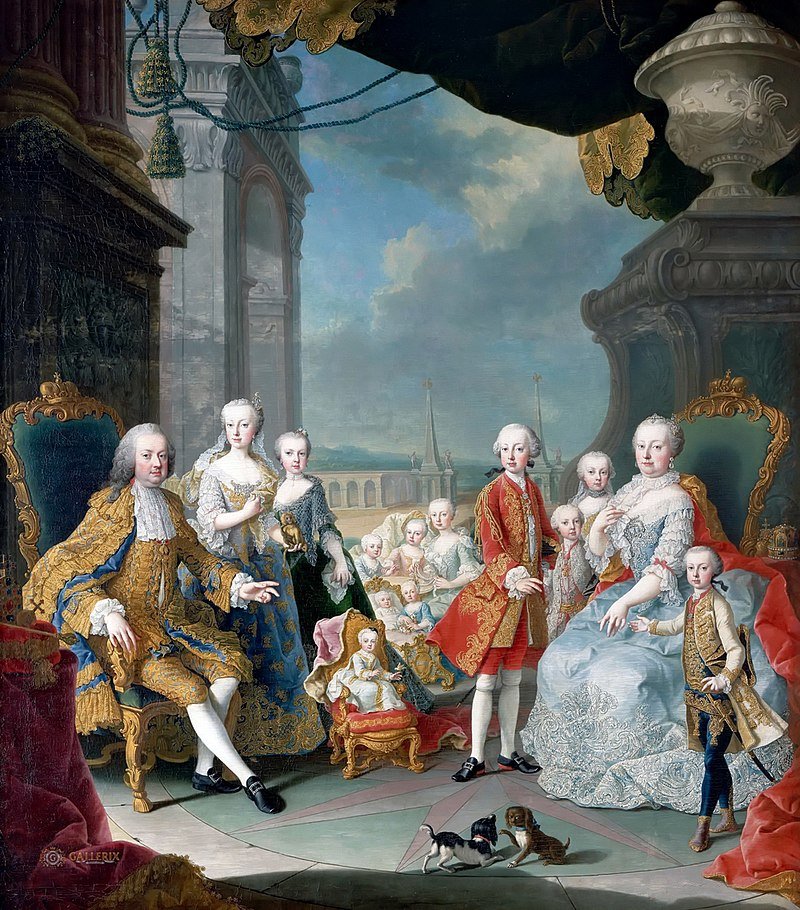 The reign of Maria Theresa (1740-1780) is sometimes called the Golden Age of Luxembourg. She had 16 children, two of whom would become Dukes of Luxembourg. / © Public domain

RTL Today contributor Thomas Tutton concludes his series on the Duchy of Luxembourg with a look at life in the so-called Golden Age of Luxembourg.

In 1795, the modern history of Luxembourg began with the French occupation, bringing a 441-year-old Duchy to an end.

But what was life like in this 18th century society that was about to transform overnight? And was this really a Golden Age for Luxembourg?

Luxembourgish society in the Austrian Habsburg years was the same as it had been for centuries.

The mass of the population, up to 96%, was made up of farmers and peasants who were not represented in the governance of the Duchy.

As we learnt last week, Luxembourg was governed in part by the Assembly of Estates, which was split into nobility, clergy, and Third Estate. 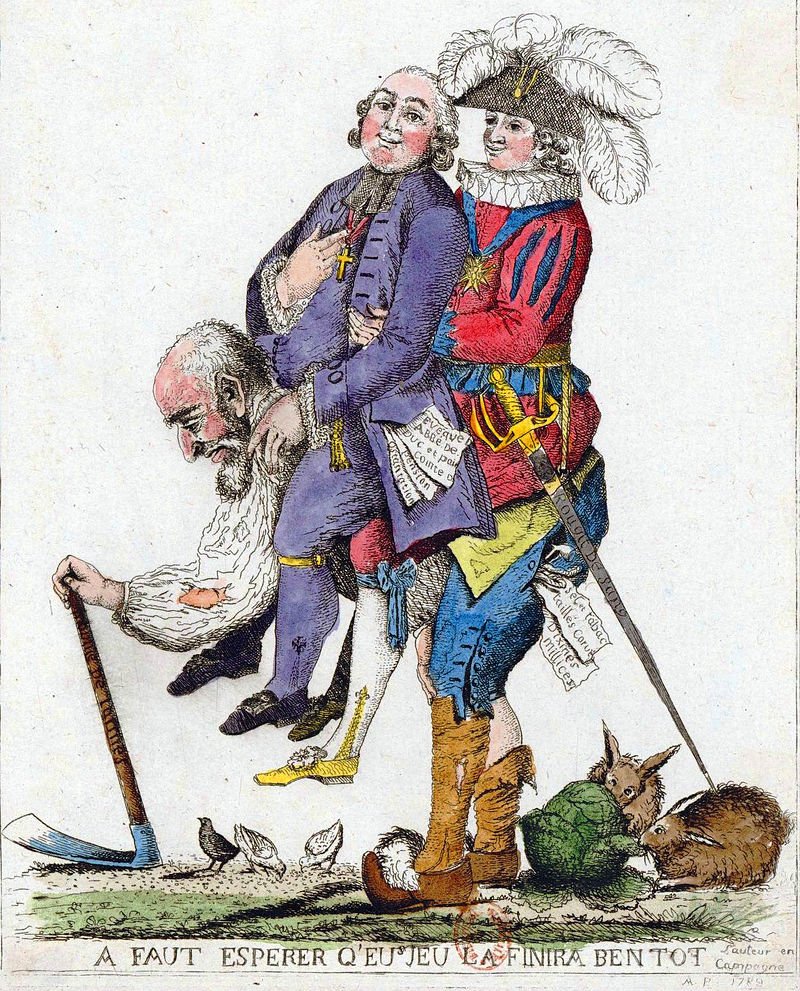 The Third Estate, crushed under the weight of the nobility and clergy. A caricature from the French Revolution. / © Public domain

From the 18th century, to sit with the nobles, a person had to prove four quarters of nobility – that is, that all their grandparents had themselves been nobles.

This restricted membership so much that there were only about a dozen nobles sitting in the Estates by the late 1700s.

The clergy were represented by an even smaller group: the abbots of Saint-Maximin, Munster, Echternach, Orval, Saint-Hubert and Houffalize.

These six abbots were meant to defend the interests of the small clergy, local priests and members of the various monasteries.

The Third Estate represented the bourgeois.

It was made up of fifteen deputies, one each from the fifteen principal towns, of which 8 came from the French-speaking part (Durbuy, Bastogne, Houffalize, Laroche, Neufchateau, Virton, Marche and Chiny), and 7 came from the German-speaking part (Luxembourg, Arlon, Bitburg, Grevenmacher, Remich, Echternach and Diekirch).

These deputies were often local mayors and functionaries, some of whom were elected once a year in their town, while others had assumed the role for life.

Life in the countryside was not easy in the Duchy of Luxembourg.

The land was not very productive, especially around the Ardennes forest.

Due to a lack of pasture, there were few farm animals, which in turn resulted in shortages of manure, keeping agricultural production low throughout pre-modern times.

Farmers grew cereals such as rye, barley and wheat; a bad harvest, provoked by an early frost or marauding troops, could immediately lead to starvation, although the 18th century was relatively free from famine, especially after the introduction of potatoes.

The areas around the Ardennes Forest, known in Luxembourgish as the Eislek, were not conducive to agriculture. / © Johnny Chicago. https://lb.wikipedia.org/wiki/%C3%89islek#/media/Fichier:EisLaMi1.JPG

There were certain rights such as communal pasture and the collection of wood from forests, but these were actually attacked by the centralising efforts of the Austrian Habsburgs under Maria Theresa and Joseph.

Overall, the Luxembourgish countryside was an isolated world. Transport links were terrible, and it was expensive to transport goods, so most of the rural population largely remained where it was.

In the towns, there were merchants of every kind – shoemakers, tanners, millers, brewers, smiths, etc – all of whom were members of guilds.

But their production was overwhelmingly for local consumption, and there was not a great deal of trade passing through the Duchy under the ancien regime.

At around 40 births per 1,000 people per year, the birth rate was high, but not extreme in the Duchy of Luxembourg.

The average woman had four or five children, with only a third of families in the town of Echternach having more than six.

There were two principal explanations for this.

Firstly, the average age of marriage was very advanced for the time, at around 25 to 26 for women.

This left rather less time to have ten children, and the second problem was that many women did not live long enough to have too many children, as so many died in childbirth. 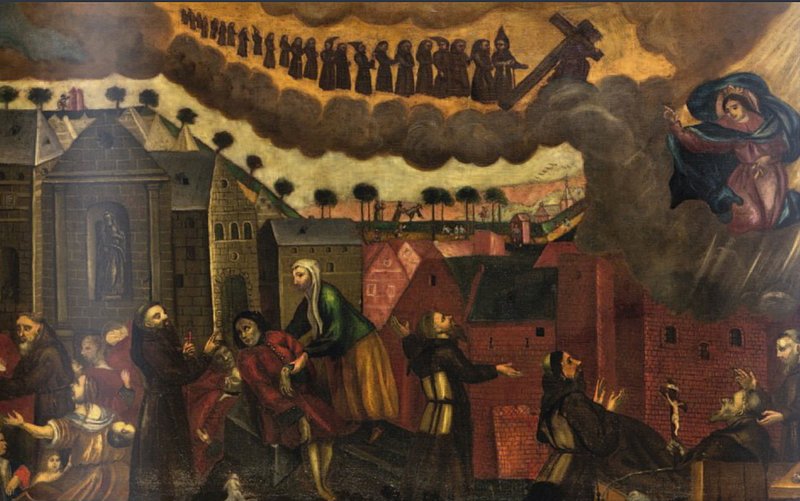 The plague, shown here in Maastricht in the 1630s, was fortunately absent from Luxembourg under the Austrian Habsburgs. / © Public domain

The death rate was very similar to the birth rate, explaining why the population was so stable in pre-modern times.

The plagues, famines and wars that had devastated the country under the Spanish Habsburgs did not hit the Duchy in the 18th century, but it took a lot of time to recover from earlier catastrophes, and overall the population had not increased significantly by the time of the French Revolution.

Luxembourg was the only town of note, with around 8,500 inhabitants; no other town had a population of more than 2,000.

Luxembourg was an extremely religious society.

Daily life centred around religion, from masses to processions and even pilgrimages.

With the Jesuits having arrived in the late 16th century, Protestantism had not made any impact in Luxembourg.

The cult of the Virgin Mary was strong, as was the veneration of local saints, and superstition survived well into the 18th century, when women were still being accused of being witches.

The Jesuits created monasteries and other religious institutions which cared for the poor.

But most of the Luxembourgish clergy were themselves poorly educated peasants. 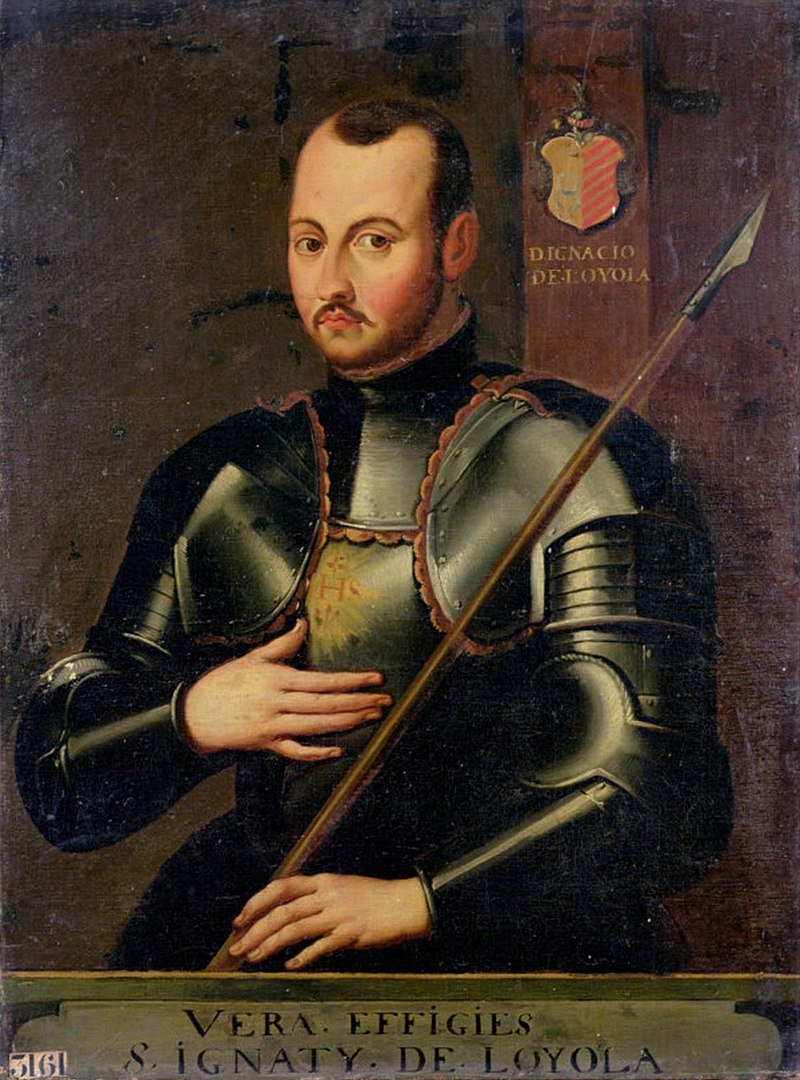 Ignatius of Loyola founded the Society of Jesus, otherwise known as the Jesuits, in 1540. / © Public domain

The Jesuits controlled education in the Duchy after 1603, when they founded the Athenee, which has continued to exist to this day.

Primary schooling was sometimes available, but it was voluntary and generally only in the winter, with children being employed in agriculture in harvest months.

Most of the population therefore remained illiterate, especially women, and the Enlightenment that was flourishing in neighbouring France did not reach Luxembourg.

There were two local journals, but these were not read widely and faced pressure from the Habsburg authorities.

The Habsburgs did try to change the religious situation in the late 18th century, suppressing the Jesuits in 1773, ordering the closure of the monastic orders in 1783, and issuing an edict allowing Protestants freedom of religion.

This proved so unpopular that it brought about the Brabant Revolution of 1789, and just six years later, the Duchy was dead.

So was this really a Golden Age for the Duchy, as it has sometimes been remembered in Luxembourgish historiography?

The short answer is no.

Luxembourg remained a backwater place, under-developed in its society, economy and culture.

If this was a Golden Age, it was only in comparison with the horrors of the 17th century.

The real Golden Age of Luxembourg is unquestionably the one we are living through today.