The Bock, where Siegfried built his castle. / © Marcin Szala

RTL Today contributor Thomas Tutton delves into medieval times to uncover some of the most interesting stories from the ancient County of Luxembourg.

Don’t know your Giselberts from your Ermesindes? Don’t worry, RTL Today are here to help.

Siegfried, not Count of Luxembourg

Although Siegfried is traditionally considered the founder of Luxembourg, it’s important to note that we mean the town of Luxembourg, not the country.

He purchased an old Roman fortification on the site of the Bock in 963 and made it a castle, but he and his grandsons only referred to themselves as the Counts of the Castle of Luxembourg.

It was only Conrad I, who succeeded his father Giselbert in 1059, who began to refer to himself as Count of Luxembourg, or Luccelemburc, or Luzelenburch – medieval writers didn’t seem to be too bothered about consistent spelling.

The rulers of Luxembourg and the archbishops of Trier really didn’t get on well in the first couple of centuries of the second millennium.

Siegfried had come to acquire patronage over many of the most important monasteries and churches in the region, including the famous abbey of St Willibrord at Echternach, but also the abbey of St Maximin in Trier.

This brought the rulers of Luxembourg into a decades-long conflict with the archbishop of Trier over the rights to appoint the abbot of St Maximin.

The bad blood started when Henry I of Luxembourg and Count Frederick of Moselle, the sons of Siegfried, revolted against the Holy Roman Emperor Henry II who happened to be married to their sister Cunegonde.

The brothers had wanted to keep the archbishopric of Trier to themselves, but they were defeated by Henry II, and Trier passed to Poppo von Babenberg (a real name) in 1016.

Henry I and II of Luxembourg were meanwhile both made Dukes of Bavaria, leaving them preoccupied with fighting the Hungarians, but when Henry II’s brother Giselbert succeded him in 1047, he set about renewing the fight with Trier.

Giselbert’s son Conrad I, the first Count of Luxembourg, decided to kidnap the pesky archbishop of Trier, a decision that got him excommunicated.

To make amends, Conrad set off on a pilgrimage to Jerusalem, but he died on the return trip.

In turn, Conrad’s second son William had some more troubles with Trier, resulting in his own excommunication.

In 1136, the male line of Siegfried died off with William’s son Conrad II, and Luxembourg passed on to Congrad’s cousin Henry IV of Namur.

Having ascended to the County of Luxembourg, Henry promptly decided to fight a war with the Archbishop of Trier, which he lost, ending the long conflict between the two towns.

It wasn’t all bad for Henry, though, as he managed to acquire the Counties of Durbuy and Laroche to add to Namur and Luxembourg.

Luxembourg’s union with these territories helped to spread French influence into the County, which had previously only looked towards German-speaking Trier. The first Countess of Luxembourg is remembered fondly in the Grand Duchy.

She was the daughter of Henry IV, who only fathered her at 72 years of age.

At the age of just 11 or 12, she was married off to Theobald, count of Bar, and after Henry’s death in 1196, Ermesinde and Theobald managed to buy her father’s county off Otto, Count of Burgundy.

Still very young, Ermesinde largely left the running of the County to her husband until he died in 1214. She then married Waleran III, soon to be the Duke of Limburg, who died in 1226. From then until 1247 Ermesinde reigned alone, and she became known in Luxembourgish history as a sort of second founder of Luxembourg.

She ruled her county effectively, developing new techniques of administration.

She is best remembered for the charters of freedom that she granted to the towns of Echternach and Luxembourg in 1236-38 and 1244 respectively.

In 1288, the War of the Limburg Succession was raging in the region, and Henry VI of Luxembourg, the grandson of Ermesinde, was involved on the side of the Archbishop of Cologne.

Medieval battles were usually not the bloodiest affairs for noblemen: they sent out their peasants to die, and if they lost, they were often captured and ransomed.

The Battle of Worringen was different, however.

Henry VI of Luxembourg was killed along with three of his brothers.

Luxembourg was left in the hands of the 11-year-old Henry VII, who somehow managed to survive his early reign and become the first Holy Roman Emperor of the House of Luxembourg.

His son, John the Blind, would be remembered to this day as the man who founded the Schuberfouer.

John the Blind’s son Charles I of Luxembourg became King of the Romans in 1346, King of Bohemia in the same year, and then King of Italy and Holy Roman Emperor.

To put things bluntly, he just didn’t have any time for little Luxembourg.

He decided to give it to his brother Wenceslaus in 1353. 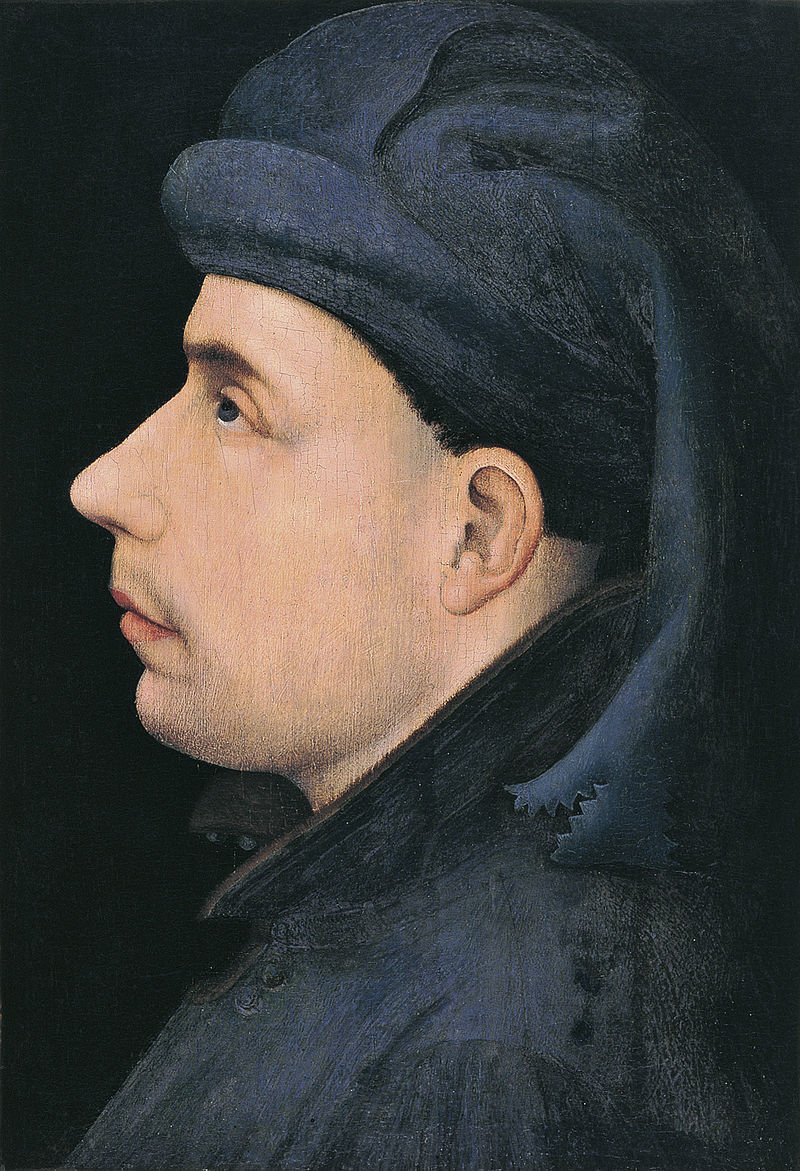 Wenceslaus I, the last Count of Luxembourg. / © Public domain

On top of that, he decided that his brother should be more than a count, so in 1354, the lands surrounding Luxembourg, Arlon, Durbuy, Laroche, Thionville, Bitburg and Vianden were merged into the Duchy of Luxembourg, which would last until 1795.

And so ended the splendidly medieval County of Luxembourg.