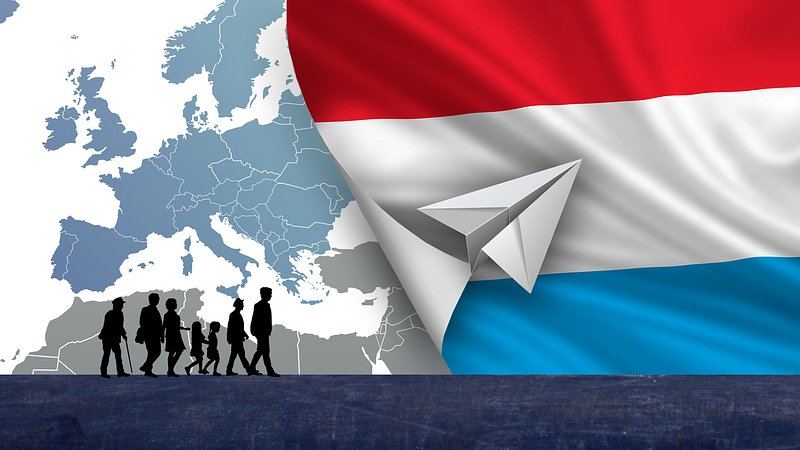 RTL Today contributor Thomas Tutton concludes his series on the history of immigration in Luxembourg with a look at some of the more surprising demographic trends of recent years.

Having examined patterns of migration from Western Europe in previous episodes, today we will focus on some of the lesser-known foreign communities that have arrived in the country in recent years.

Refugees from the Yugoslav Wars

The violent break-up of Yugoslavia in the 1990s resulted in a wave of refugees arriving in Western Europe.

An initial group of mainly Bosnian refugees arrived in the Grand Duchy in 1992-3, but Luxembourg actually lacked proper legislation on asylum until 1996.

The outbreak of the Kosovo War would have much larger consequences, as over 4,000 refugees from the Balkans fled to Luxembourg over 1998 and 1999. 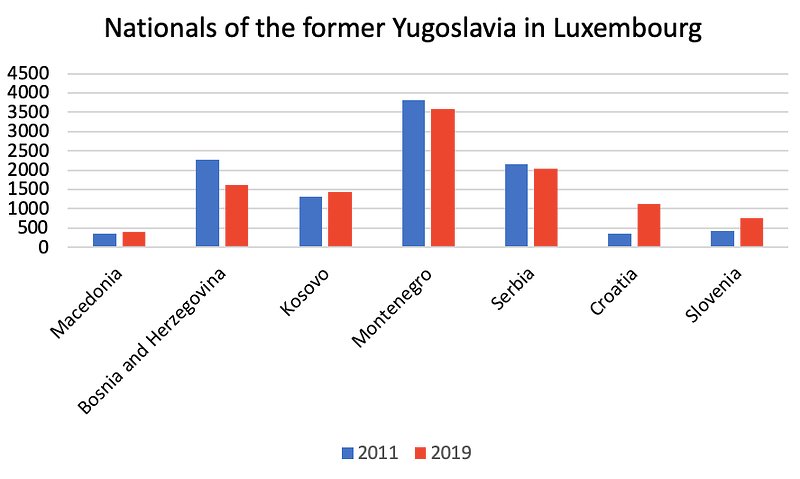 By 2001, 11,065 people from the former Yugoslavia were residing in Luxembourg.

Many have remained in Luxembourg, but with the conflicts subsiding, it has become far harder for people from the new nations of Serbia, Montenegro, North Macedonia, Bosnia and Herzegovina and Kosovo to seek asylum.

On the other hand, Croatians and Slovenians, EU nationals since 2013 and 2004 respectively, have found it much easier to settle in Luxembourg in recent years.

The last ten years have seen the foreign population expanding rapidly in Luxembourg, and this has unsurprisingly been reflected in a rise in arrivals from some of the biggest countries in the world. 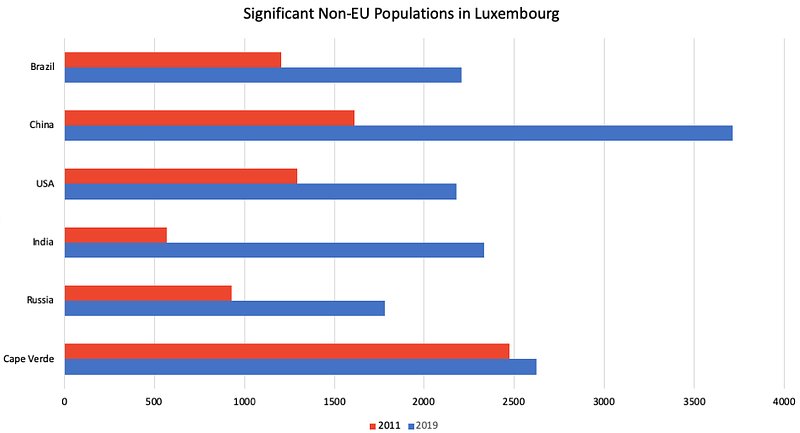 The Cape Verdean community in Luxembourg, which largely arrived with the Portuguese, remains remarkably strong at more than 2,500.

The refugee crisis that began in earnest in 2015 has seen millions of migrants crossing the Mediterranean to seek safety, asylum or a better life in Europe.

Conflicts such as the Afghanistan and Iraq Wars, as well as the Syrian Civil War and the war against ISIS, have displaced huge numbers of Syrians, Iraqis and Afghans over the last twenty years, and many have since ended up in Luxembourg.

As the graph shows, the Syrian and Iraqi populations in the Grand Duchy shot up from 148 and 261 in 2015 to 831 and 771 respectively in 2016 (although it should be noted that not all of these are necessarily refugees). 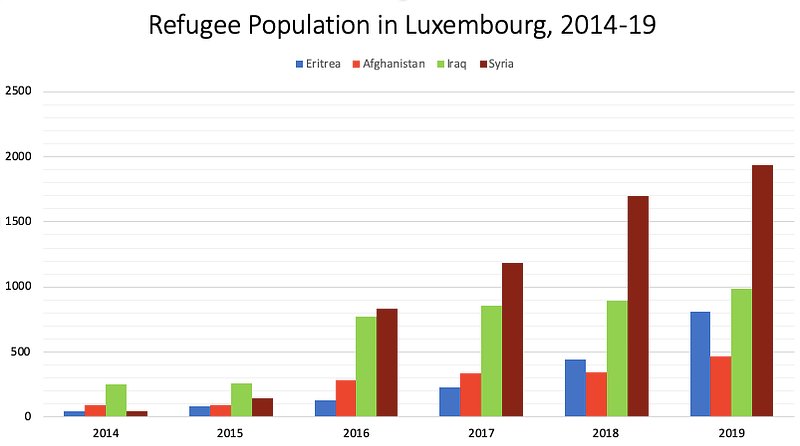 Since then, Syrians have been joined by an increasing number of asylum seekers from Isaias Afwerki’s brutal dictatorship in Eritrea.

This isn’t the place to evaluate how successful Luxembourg’s integration of refugees has been, but as purely anecdotal evidence, check out Chiche, a pop-up restaurant in Limpertsberg started by a Syrian resident.

You might remember a certain island off the coast of Europe that didn’t seem to like the EU.

Well, maybe it’s something to do with feeling adrift on the continent, as it appears that a number of residents from island countries across the globe didn’t fancy remaining in Luxembourg for too long either.

Detailed information from Statec, Luxembourg’s statistics agency, shows that there have been several cases in which a country has ceased to have any residents in Luxembourg after individuals moved away.

For instance, Saint Lucia’s last remaining resident left Luxembourg in 2017, while the Bahamas, Dominica, the Solomon Islands and Vanuatu as well as Belize and South Sudan all had small populations in the Grand Duchy at some point in the last decade, but none in 2019.

Finally, spare a thought for the 8 residents who are their country’s only representative in Luxembourg. There's only a single person here from San Marino, Djibouti, Botswana, Equitorial Guinea, Samoa, Palestine, Brunei and Qatar.

With that, our series on the history of immigration to Luxembourg concludes. It’s one of the most international countries in the world, and that seems sure to continue in the coming years.