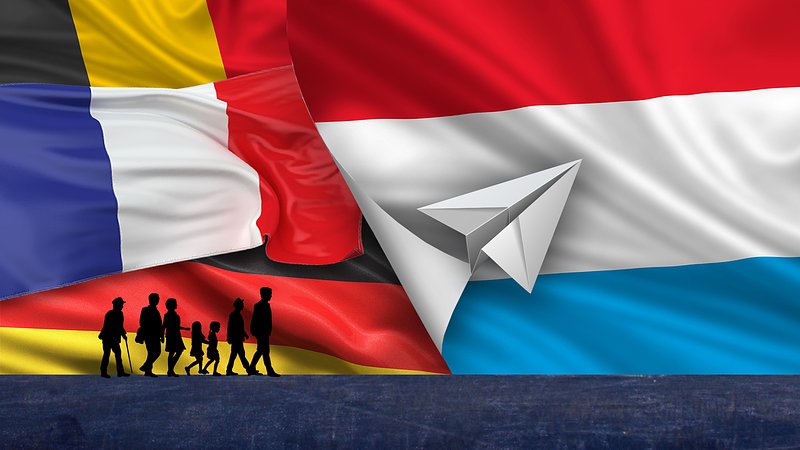 RTL Today contributor Thomas Tutton continues his series on the history of immigration in Luxembourg.

After covering two of the great immigrant communities in Luxembourg, the Italians and the Portuguese, today we’re focusing on neighbours.

(No, not the long-running Australian soap that once featured Kylie Minogue. Luxembourg’s neighbours.)

Belgians, French and Germans together make up 13% of the population of Luxembourg, and their fluctuating numbers can tell us a lot about the history of Luxembourg in recent times. 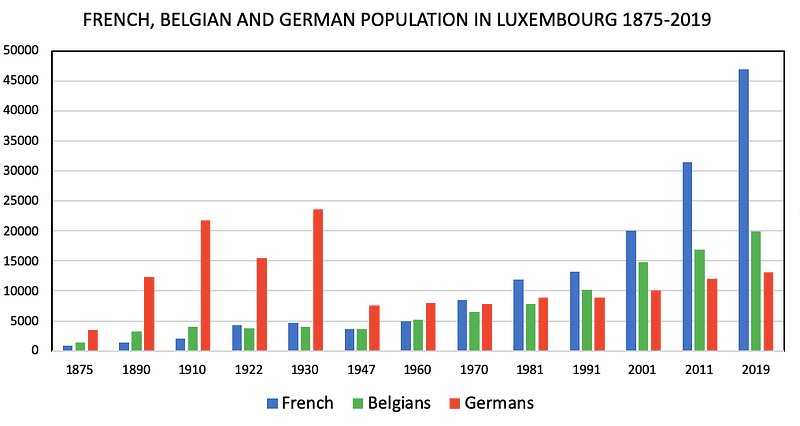 Luxembourg’s membership of the German Zollverein customs union in the mid-19th century ensured there were strong economic links between the Grand Duchy and the various states of the German Confederation even before German unification in 1870.

And as we discovered in our study of Italians in Luxembourg, the development of the iron and steel industries in the late 19th century, at a time of mass Luxembourgish emigration to the Americas, led to a shortage of labour which could only be filled with foreign workers.

While Italians carried out most of the heavy lifting – literally – Germans from the Rhineland and the Saar with experience in the sector were brought in as managers and engineers for many of the new industrial plants and mines in Luxembourg.

The German occupation of Luxembourg during World War Two was harsh, with large deportations of the Jewish community, and over 10,000 Luxembourgers were forced to fight for the Wehrmacht as the Grand Duchy was incorporated into the Third Reich.

This meant that when the conflict ended, the Luxembourgish population was not necessarily quick to forgive their neighbours, even as European integration began: Crown Princess Antonia, the sister of Grand Duchess Charlotte, apparently refused to ever return to German soil after surviving the concentration camps at Dachau and Sachsenhausen.

Still, to this day, there are only 13,000 Germans residing in the Grand Duchy, mostly in the eastern half of the country and the capital.

Nonetheless, the German influence remains strong, as demonstrated by the fact that Luxembourg’s two main newspapers, the Wort and the Tageblatt, are published in German.

And according to a 2011 survey, 30% of the population still use German either at home, at school or at work.

Why has Luxembourg historically had such a small French population?

One answer is that France did not share a border with Luxembourg between 1870 and 1918.

The new German Empire established after the Franco-Prussian War of 1870 included the infamous territories of Alsace and Lorraine, the latter of which borders Luxembourg.

Even after Lorraine was returned to France under the Treaty of Versailles in 1919, however, immigration from France remained extremely slow: it would take until 1970 for the French population to surpass even the rump of Germans left in Luxembourg.

The rise of Luxembourg as a financial centre from the 1980s onwards has completely changed the picture. Since 1991, the French population in the Grand Duchy has more than tripled; as of 2019, only the Portuguese are greater in number than France’s 47,000 residents.

It’s hard to say exactly why the French community was so small up until the 1970s, although Luxembourgers would probably suggest it has something to do with the old stereotype of the French as arrogant and superiority.

For reference, here’s a sample image for how some Luxembourgish people feel about France. 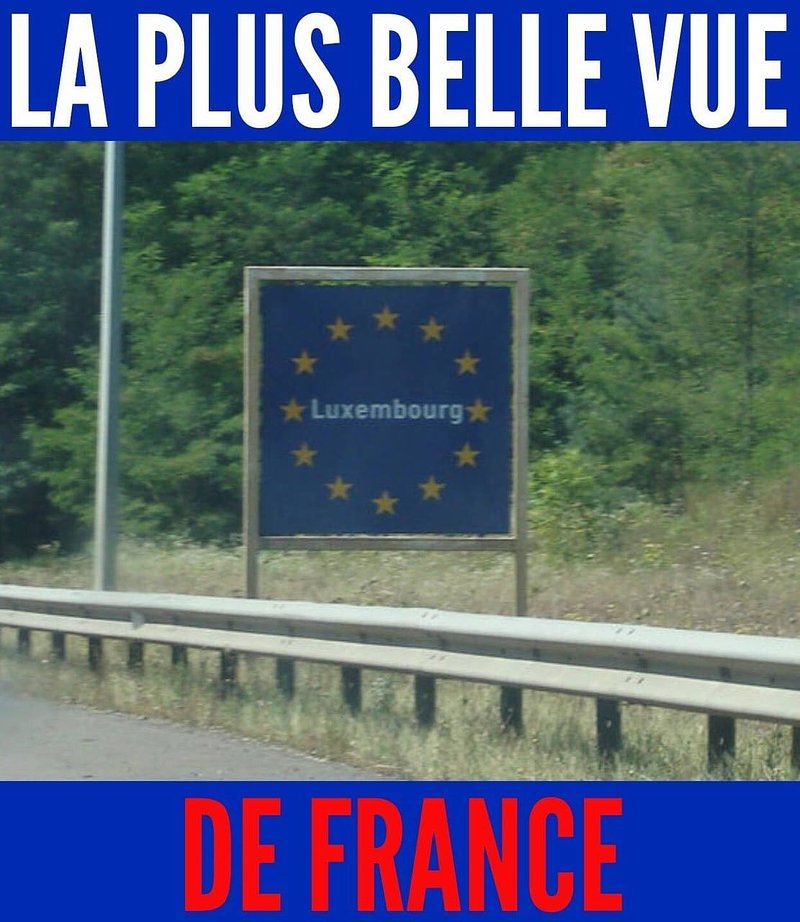 The prettiest sight in France

Luxembourg’s longest border is actually with Belgium, but despite the large historical links between the two countries, the Belgian population has only recently begun to increase significantly.

The Belgian province of Luxembourg (couldn’t they have at least changed the name?!) was only separated from the rest of the Grand Duchy after the Belgian Revolution of 1830, and it is the least densely populated province of Belgium, perhaps explaining why until now there has not been much of a spillover.

That said, the communes in Luxembourg (Luxembourgish Luxembourg) with the highest proportion of Belgians are indeed those that border Belgian Luxembourg, such as Winseler, where 24% are Belgians. Confused? Me too.

It’s worth bearing in mind that cross-border workers still far outnumber residents for all of Luxembourg’s neighbours.

There are an estimated 50,000 workers commuting in from both Belgium and Germany, with around 100,000 arriving from France.

It therefore seems that for Luxembourg’s neighbours, the old adage still rings true: there’s nothing like home. And cheap rent.