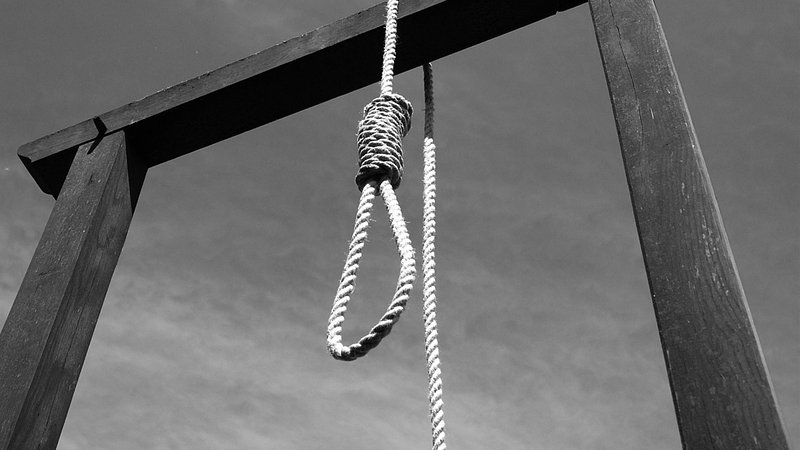 This week, we have a closer look at the history of the death penalty in Luxembourg.

The death penalty is (almost) as old as humanity itself. Did you for example know that the first established death penalty laws date back as far as the 18th century B.C.? The Code of King Hammurabi of Babylon codified capital punishment for 25 different crimes. It was only in the 20th century that increasing numbers of countries in the Western world started to abolish a punishment that Amnesty International today describes as "cruel, inhuman, and degrading."

Luxembourg was no exception. The death penalty was only officially abolished in 1979 under the remarkable Luxembourgish politician Robert Krieps (fun fact: he's the grandfather of actress Vicky Krieps).

The death penalty before 1795

The methods of execution largely depended on the nature of the crime. In 1570, the court in Remich for example declared that criminals may be "executed by the sword, by fire, by the gallows by means of rope or chain, or by drowning in the Moselle river." A decree from the same year established that the execution of the death sentence had to occur within 24 hours after it had been pronounced. The swift execution was meant to serve as a repelling "example to the people." The dead bodies were not buried unless a high-ranking judge gave formal authorisation.

Defendants who were found guilty of serious theft, sacrilege, fraudulent bankruptcy or the publication of defamatory material were sentenced to death by hanging. Those found guilty of witchcraft and sodomy were burned. 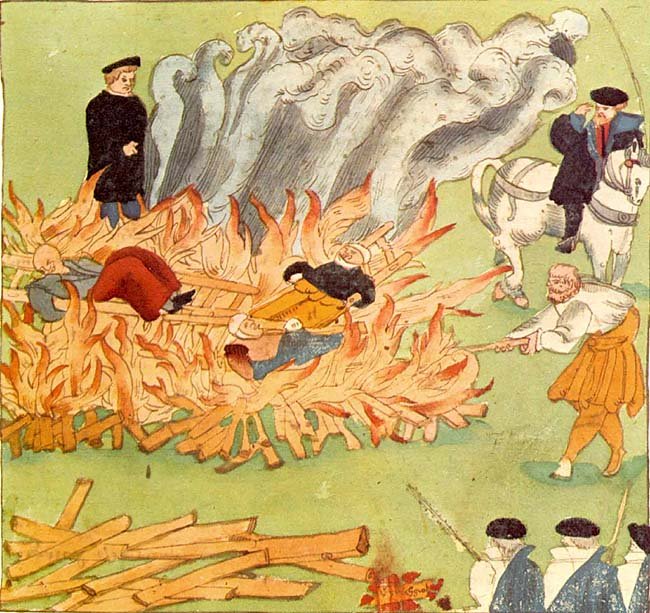 A particularly grisly sentence awaited women found guilty of infanticide: they were usually buried alive. This was for example the fate of young Mariechen from Bauschleiden in north-western Luxembourg in 1574. She was accused of throwing her illegitimate child into a well at night. She was found guilty and buried alive under the gallows in Arlon. Another mother who killed her child was sewn into a sack while she was still alive and then thrown into the Our river in Vianden. Other similar executions took place in Grevenmacher (1555), Luxembourg City (1589), and Diekirch (1594). This list is likely to be incomplete due to lack of historical sources.

French troops occupied Luxembourg in 1795. You guessed right, they brought their beloved guillotine with them. The first execution by guillotine on Luxembourgish soil took place on 24 September 1798. One year later, 14 people who had participated in the Peasant's War (a revolt against the French occupiers in several regions including Luxembourg) were beheaded in Limpertsberg. Other executions took place at the fish market in Luxembourg City. 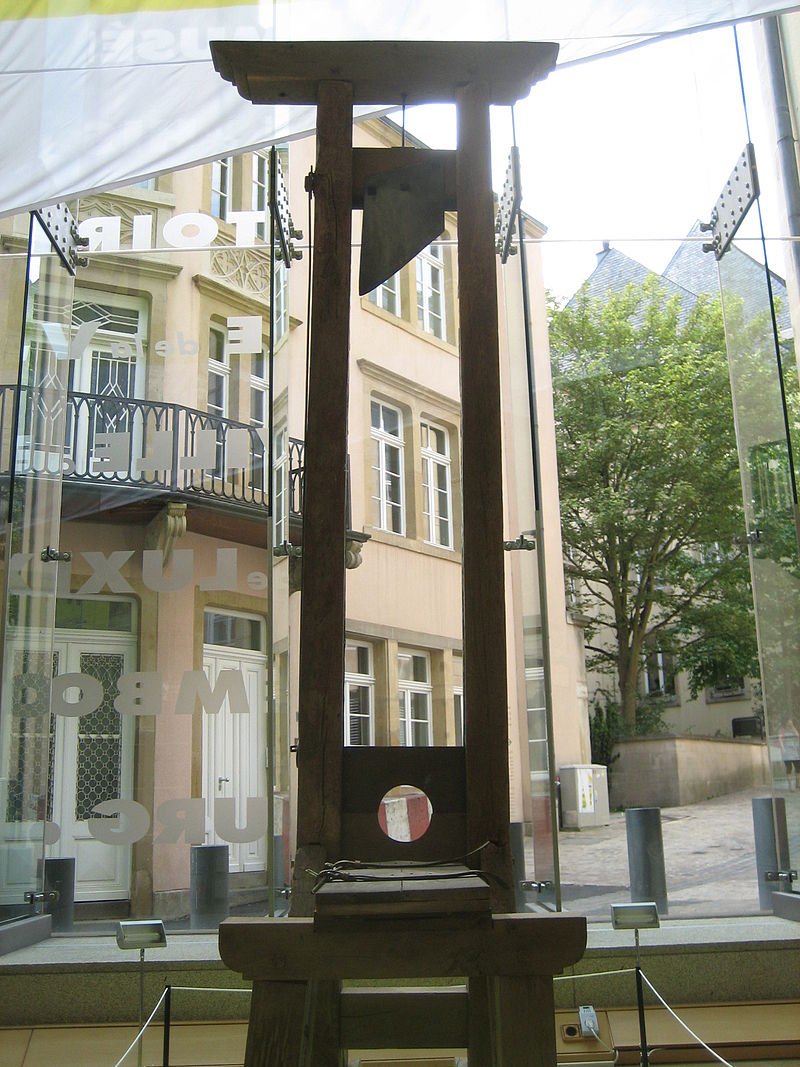 This time period has been comparatively peaceful execution-wise. Only three men were sentenced to death for murder.

One of them, a miller named Francois Hilbert from Schrassig, was found guilty of murdering his wife. He was the last Luxembourger to meet his end by the national razor in 1821.

According to various sources, the time between 1863 and 1879 saw an increase of crime in Luxembourg. The increase of crime went hand in hand with an increase in death sentences. Around 20 people were sentenced to death for a variety of offenses. The penal code was amended in 1879 to include mitigating circumstances. As a result, fewer people received the death penalty.

Execution by firing squad was introduced after World War II for war crimes. 18 people were sentenced to death in this context  - 4 German war criminals and 11 Luxembourgish collaborators. Nine of them were executed; the others were pardoned. The last execution of a Nazi collaborator took place in 1949 in Reckenthal.

The last death sentence for ordinary crimes (excluding war crimes) took place on 7 August 1948. Nikolaus Bernardy from Everlingen was found guilty of a veritable massacre near Ettelbruck. He reportedly tied the family who owned the "Windhof" farm to chairs before shooting them in cold blood. He also killed two farm laborers the same day.

Police told him 30 minutes before his execution that the Grand Duchess had refused to pardon him. He was executed by firing squad.

On a side note, the last person executed in Germany was the East German Werner Teske. He was killed in an East German prison in Leipzig in 1981. In France, the last execution by guillotine took place in 1977 in Marseille.

In 2018, Amnesty International recorded at least 2,531 death sentences in 54 countries. Most executions are taking place in China, Iran, Saudi Arabia, Vietnam, and Iraq. According to Amnesty, "China remains the world’s top executioner – but the true extent of the use of the death penalty in China is unknown as this data is classified as a state secret."

The United States is the only Western country still to use the death penalty. 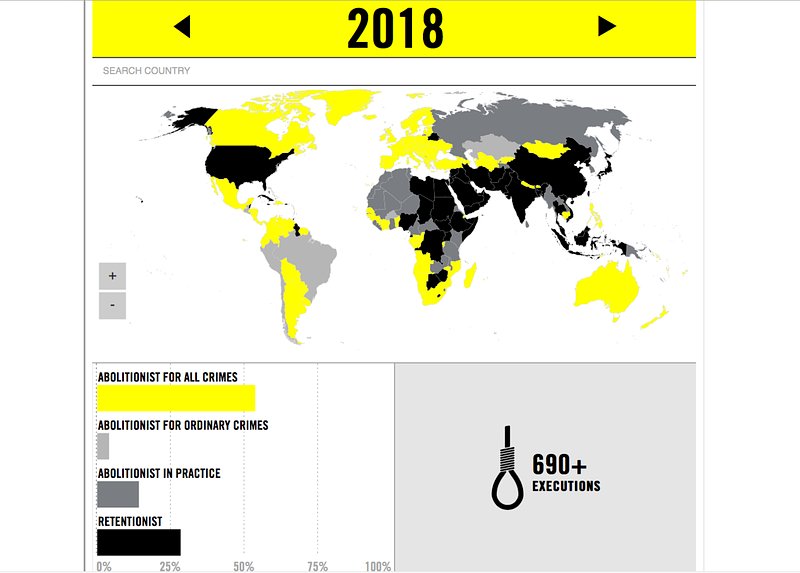