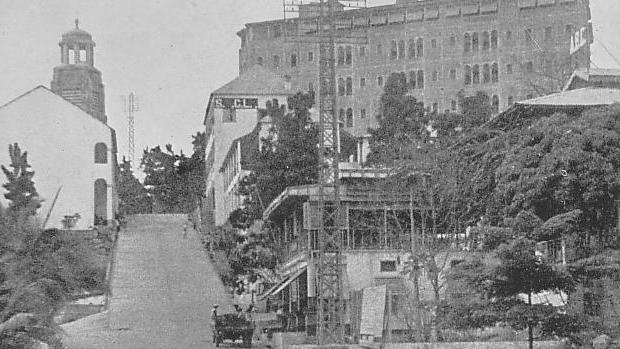 Matadi in the 1930s - the interwar period was considered the 'golden age of African colonialism'. / © By Shigemitsu Fukao - Japanese book "Light and darkness of south sea" published by ARS., Public Domain, https://commons.wikimedia.org/w/index.php?curid=12435171

Last week, we explored those Luxembourgers who were likely first to set foot in the Belgian Congo, including soldiers and engineers. In this week's instalment of our mini-series, we look at the next generations of Luxembourgish citizens on their colonial ventures.

The 1920s onwards saw a dramatic increase in the number of Luxembourgers emigrating away from the Grand Duchy to the Belgian Congo. The prior generation of Luxembourgers in the Congo had been more specific. These had been soldiers and engineers who contributed to establishing Belgian colonial rule over the vast African territory. By the time the Luxembourgish population in the Congo had risen substantially, they had reached the heyday of African colonialism, or the golden age of African colonialism - either way, doesn't it make you wince slightly?

Some historians have divided the colonial conquest of the Congo into two different chapters - one, Leopold II's pure corporate and profit-driven enterprise of the Congo Free State and two, the expatriation of Europeans seeking new beginnings in the immediate post-war period. Whilst worth differentiating, it would be simplistic and disingenuous to claim that the Belgian Congo was a peacefully-run colony from the 1920s onward. The natives still suffered at the hand of the colonial administrators, a point which should not be forgotten.

Why exactly did Luxembourgers tend to emigrate in larger numbers in the interwar period? First of all, there's the organisation support framework provided by the Cercle colonial et al. Added to that is one crucial factor - the mortality rate. The Europeans who travelled to Africa and the Congo in the nineteenth century often succumbed to illness, usually caused by malaria. Consequently, there was a high mortality rate among those who travelled to construct the railway in the Congo. Towards the end of the nineteenth century, there was certainly a sense of risk involved in committing to a colonial project. 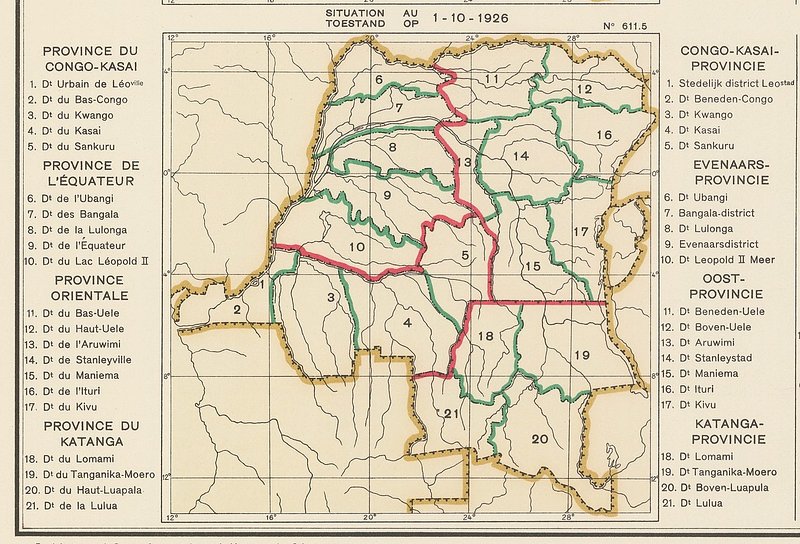 Some twenty years later, the risks had declined and the colonial administration of the Belgian Congo had begun taking shape, having repressed a series of revolts before this point. For Luxembourgers, the appeal of the Congo was similar to the appeal of moving to other continents in the nineteenth century - the opportunity for economic prosperity. This was especially acute in the interwar period, due to the postwar economic crash having ramifications in Luxembourg too. There were not enough jobs available, and Belgium was offering comfortable salaries and an enticing lifestyle to Europeans willing to move to the Congo. One Luxembourger who departed for the Congo in 1932 said: "Ech gin an de Kongo fir mer eng Situatioun ze maachen", translated as 'I'm going to the Congo to get a job.'

However, the Belgian Congo was not unaffected by the economic crisis. As the 1930s progressed, many Luxembourgers struggled to be hired in the Congo, even those considered to have more privilege than others. This reached a high point in 1935 as Luxembourgers claimed they were treated badly by the Belgian authorities in the colony, the conflict ultimately pitting the Cercle colonial against Nicolas Cito. The issue of Luxembourgers' contracts not being renewed was prolific in the late 1920s too, as a first class vet was fired in 1929, one and a half years after arriving in the Congo. Engineers, pharmacists, labourers, and craftsmen all struggled to find work.

Who were the Luxembourgers in the Belgian Congo?

The main reason Belgium encouraged Luxembourgers to move to the Congo - and indeed become part of the colonial administration - was born from a sense of Belgian annexationism, which eclipsed in the immediate post-WWI period. If we take a quick trip back to Luxembourg in the First World War, the German occupation led to a stark increase in anti-German sentiment. This allowed space for alternatives to Luxembourg's historic links to Germany, such as the Zollverein.

The Belgian-Luxembourgish Economic Union of 1921 was designed as a type of successor to the Zollverein, and some Belgians hoped this could lead to further collaboration between the two countries, who - as you might remember- used to be considered the same territory 100 years prior. The economic union also gave Luxembourgers a privileged status in the Congo, compared to other non-Belgian Europeans.

One of ten kuba raffia palm textiles auctioned on Sotheby's. The textiles were initially collected by governor Fritz Wenner in the Congo between 1920 and 1941. / © Screenshot/ www.sothesbys.com

There was a limit to how far Luxembourgers could ascend to in the colonial administration - at least, without naturalising as Belgian citizens. Those Luxembourgers seeking to ascend to higher ranks in the colonial administration had to give up their Luxembourgish citizenship and become Belgians. One notable example of this is Fritz Wenner, who was named governor of Kasaï in the 1930s. This Luxembourger managed to reach the level of governor, but only by naturalising as a Belgian citizen.

---
Nathalie Lodhi is an editor and translator for RTL Today with a background in history. If you have a question, suggestion, or subject you'd like to offer insight on, contact Nathalie at nathalie_lodhi@rtltoday.lu