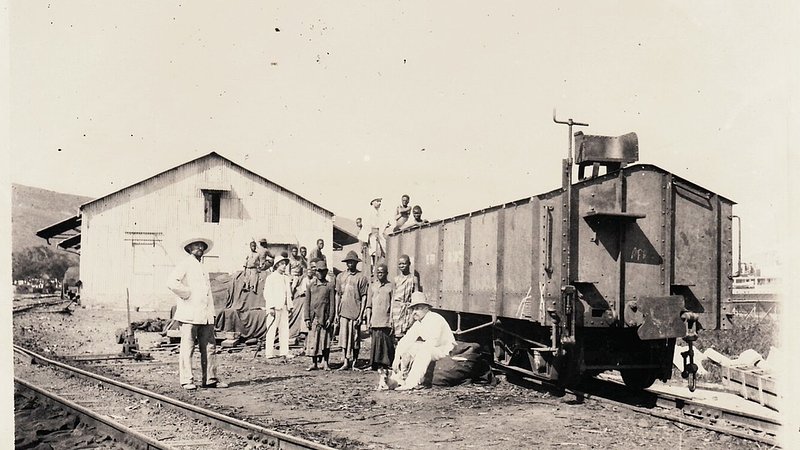 Staff of Matadi Railway Station with native workers. Luxembourgers supervised the construction of the first railway line in the Belgian Congo, which connected Matadi to Leopoldville (Kinshasa). / © Public domain

In part two of our mini-series exploring Luxembourgish links to neighbouring Belgium's largest colony, the Belgian Congo, we move on to the facts about Luxembourg's involvement.

This series will involve some deep dives on Luxembourgish colonialism, but first it might be useful to break down the subject into some facts. As mentioned last week, the Luxembourgish government never officially drove a programme of colonialism and colonisation, unlike all three of the Grand Duchy's neighbours, but is that to say the government was exonerated of colonial involvement? Not exactly.

Luxembourgers in the Congo

First of all, it's worth a reminder of the timeline of the Congo's colonisation. The colonial conquest of the Congo was made official in 1885 with the founding of the Congo Free State, which became the Belgian Congo in 1908. The Congo gained its independence in 1960, which immediately set off a crisis involving the assassination of Congolese Prime Minister Patrice Lumumba. A number of rebellions took place until the point that Mobutu Sese Seko took over in a coup d'etat. There is much more to the events than that, but it's worth remembering that 1960 is when the country's decolonisation took place. 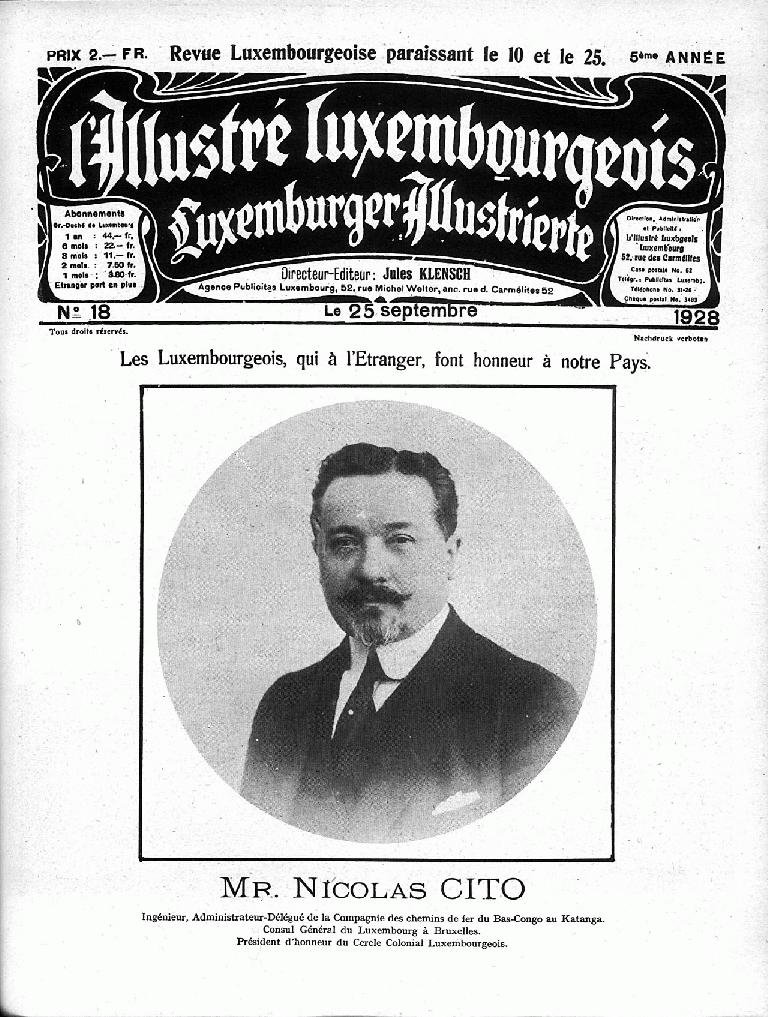 A small amount - around 155 - remained in the Congo post-independence, broadly missionaries and nuns. Historian Regis Moes, who has collated and spearheaded research on the Luxembourgish presence in the Congo, explains that Luxembourgers travelled to the Congo out of a desire to establish careers. Mostly, Luxembourgers were hired as supervising staff in the Congo, in order to supervise native Congolese workers who had to do manual labour. Luxembourgers were hired by international companies present in the Congo, but also worked within the colonial administration, some even working as province governors. Others worked in missionaries, as engineers, or in the military, as Lieutenant Grang's example shows. Women mostly only accompanied their husbands to the Congo after World War One, especially as women were not permitted to go to the Congo alone, unless they belonged to a religious mission.

The first wave of Luxembourgers in the Congo

The very first Luxembourgers in the Congo were attached to the military, as follows the example of Grang. Around a dozen Luxembourgish soldiers helped implement the system of colonial rule in the Congo between 1885 and 1908, constituting the first wave of Luxembourgers in the Congo Free State, later the Belgian Congo. Another Luxembourgish military person known by name is Captain Georges Augustin, who was born in Vianden in 1861. Augustin was involved in anti-slave trade campaigns, notably pushing back slave traders arriving from Sudan or Zanzibar. The Berlin Act of 1885 created the Congo Free State and also forbade the slave trade. Ultimately, Augustin died alongside his troops in an indigenous revolt in 1895 aged 34.

Another domain in which the first Luxembourgers in the Congo participated in was engineering. Around 15 Luxembourgers, mostly coming from Bascharage or Petange, helped construct the first railway in the Congo, which connected Matadi and Leopoldville. These workers, in the Congo between 1890 and 1898, were supervised by Luxembourgish engineer Nicolas Cito. Cito was an industrialist born in Bascharage in 1866 and was commissioned to supervise and build the first railway in the Congo at the request of the Compangie du Chemin de Fer du Congo. The 398 km-long railway was built despite tough conditions, with up to 2,000 workers estimated to have died in the process. Ultimately Leopold II rewarded Cito for his work by naming him the new director of the Compagnie des Chemins de Fer du Congo.

Throughout his career, Cito also supervised the construction of railways in Chile, China, India, Guatemala, Panama, Peru, and Mozambique. He also took on a diplomatic role in 1927, being named the consul general for Luxembourg in Brussels. There, Cito focused on promoting the interests of Luxembourgers in the Congo. His nephew, Claus Cito, is known for being the sculptor who created the Gelle Fra sculpture that we know so well today. Another prominent Luxembourger to have belonged to the first wave of Luxembourgers in the Congo is Eduoard Luja, a biologist who conducted numerous research trips in the Congo: in 1898, between 1903 and 1914, and 1928 to 1930.

In the simplest of terms, the Luxembourgish government was not a driving force of colonialism purely by virtue of the fact that Luxembourg did not colonise any other countries or territory. However, the actual matter is far more complicated than that. Broadly, the Luxembourgish government did support the colonial ventures of its citizens, especially in the twentieth century. The two organisations supporting Luxembourgish citizens in the Congo were the Cercle colonial Luxembourgeois and the Alliance coloniale Luxembourg-Outre-Mer. The former was founded in 1925, the latter in 1951, but crucially, both received subsidies from the Luxembourgish state in the 1950s. Additionally, Prince Felix and Joseph Bech (Luxembourg's Prime Minister between 1953 and 1958) were patrons of the associations.

In supporting these organisations with funding, there is a certain amount of complicity on the side of the Luxembourgish government. Whilst the Luxembourgish state was not directly involved in colonialism like its Belgian counterpart, the Luxembourgish government did collaborate with Belgium to facilitate matters for Luxembourgish citizens heading to the colony. The 1923 Belgian-Luxembourgish Union signed by both states, serving as an economic successor to the Zollverein, stipulated that Luxembourgers hoping to join the colonial administration in the Congo could do so the same way as Belgians. This involved studies at the Royal Colonial School in Brussels, the Colonial University in Antwerp, or the Institute of Tropical Medicine in Antwerp.

Whilst countless governments since that time may put more of an impetus on humanitarian projects, it remains clear that the Luxembourgish state continued to support the colonial project, even in indirect ways.